Join the celebration of mind! 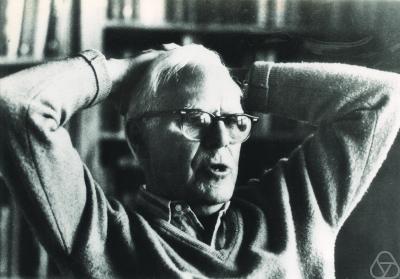 It's 21st of October and for puzzle lovers this can only mean one thing: the G4G Celebration of Mind (CoM). This annual party celebrates the legacy of Martin Gardner, magician, writer and father of recreational maths, with mathemagical events in his honour happening all over the world. Today would have been Gardner's 97th birthday.

"Last year, just a few months after Martin Gardner's death, Celebrations of Mind were held in 66 cities around the world, from Oxford to Oklahoma and from Tehran to Tokyo," says Colm Mulcahy, (@CardColm on Twitter) who's on the organising committee. "This year we're hoping to refocus and broaden the reach of the celebrations. We already have people planning events on all seven continents, from Devon to Dublin and from to Bogota to Budapest." You can find an event near you on this map. Plus sent out a call on Twitter for people to let us know about an event they're organising and we got responses from Argentina, Slovenia, Brazil, Canada and several in the US. You can expect anything from maths problems and puzzles to optical illusions, mimes and magic.

The CoM poster. Try turning the picture upside down...

There is also still time to put on your own Gardner celebration. "There is no need to celebrate on the exact birthday, 21st October," says Mulcahy. "Indeed, some events have already taken place and others are planned for the coming weeks, into November and even December. We need more UK events, so please consider hosting one; there is plenty of time left. Celebrations can be small and informal, or larger and at a school, university, or pub!" Or you can plan ahead for the coming years, when the focus of CoM will broaden. "As we move forward — and we are confident that CoMs will be held worldwide every year from now on — we aim to concentrate less on Martin, and more on the things he made us think about: namely, recreational maths, logic, puzzles of all sorts, magic, illusion, scientific scepticism and so on."

And if you're interested in mathsy social events on a more regular basis, have a look at MathsJam. Inspired by the Gatherings for Gardner (G4G), this is a monthly opportunity "for like-minded self-confessed maths enthusiasts to get together in a pub and share stuff they like. Puzzles, games, problems, or just anything they think is cool or interesting."

But for instant gratification here are two classics after Gardner to puzzle over.

Puzzle 1: In the picture below, circle exactly six numbers so that they add up to exactly 21. 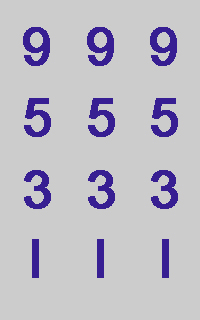 See here for a solution.

Puzzle 2: Take a piece of string and tie it tightly around the Earth's equator. Now cut the string and add an extra metre to it, so that you've now got a bit of slack when you tie the string around the Earth again. The question is, how much slack is there? If millions of people spread out all along the string now tried to lift up the string at the same time, would there be enough slack for them all to squeeze a razor blade underneath? Could they possibly even get their fingers under it? (See the Plus article Maths and magic for a solution.)

There are plenty more resources on Gardner, his puzzles and puzzles inspired by him on the web, but here are a few favourites:

And there is more on Gardner on Plus, including reviews of some of his books:

Brazil: Saturday 2nd October, in São Paulo at the Japanese Pavilion in the Parque do Ibirapuera. There will be several lectures related to Martin's work and interests and an exhibition of puzzles, alicinations (drawings and collages) and non-periodical tiles.

Slovenia: It's in Ljubljana, but that's all they told us, so have a look for it on the map.

USA: Several people got in touch with events:

Read more about...
mathematics and magic
puzzle
Tweets by plusmathsorg