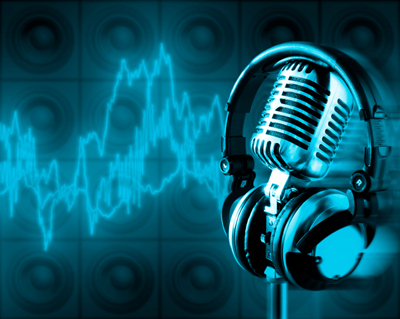 Listening to record producers or music industry executives, you would think that the advent of free online digital music file sharing was the death knell for artists making a living from their music.

On the other hand, proponents of file sharing networks such as Napster and Kaaza argue almost the exact opposite — that the effect, if there is any, is a positive one, as someone who downloads a song online and likes it is more likely to then buy the whole album from the CD store. The free download, in effect, gives the opportunity to sample before buying.

A new mathematical model published in Management Science, the flagship journal of the Institute for Operations Research and the Management Sciences (INFORMS), suggests that the truth is somewhere in the middle, and also provides a glimpse into the changing music business.

The Effect of Digital Sharing Technologies on Music Markets: A Survival Analysis of Albums on Ranking Charts by a collection of authors from the University of Connecticut, California Polytechnic State University and Carnegie Mellon University, suggests that although file-sharing does not reduce the sales of albums that debut high in the Top 100 sales charts, it does have a negative impact on lower-ranked albums.

They found that there is significantly reduced chart survival for all albums except those that debut high in the charts. This group can include those simply lucky enough to debut highly, superstars (Robbie Williams, Take That, etc.), and those with a big publicity machine behind them. Interestingly, they also found that female artists exhibit enhanced survival and that there is now a narrowing of the advantage held by major labels over independent labels. "These results point to increased risk from rapid information sharing for all but the 'cream of the crop'," said the authors.

The authors used what is known as a survival model and drew their data from the Billboard Top 100 chart. Underlying the model is a week-by-week stochastic process that governs when an album exits the charts. They assessed the impact of explanatory variables including the debut rank of the album, the reputation of the artist, whether or not a major or minor label was promoting and distributing the album, artist descriptors such as whether the artist is a group or a soloist, and holiday month debut.

The data was sliced before and after the period between 1998 and 2000 which saw the rise of the MP3 digital music format that can be used on portable music players, the birth of Napster — the first of the major tools to share music online — and the Digital Millennium Copyright Act.

The initial model used was:

where i is the album specific subscript, Survival is how long album i stays in the charts, X is the vector of the album specific variables such as debut rank and distributing label, and μ is an error term. The DebutPeriod variable is an indicator that signifies when the album debuted in the charts — it is 1 if the album debuted in the period of file-sharing, and 0 otherwise. By fitting the existing data to this model, the researchers were able to estimate β and δ. These are very important variables as they indicate how survival depends on album characteristics, and how survival has changed before and after the advent of file-sharing.

The authors then adapted this model to incorporate the idea that the change in album survival between time periods may not be linear and may be moderated by album characteristics. For example, the effects may be different for solo artists compared to groups, or albums with different debut positions.

To test this idea, the authors coupled album specific characteristics with the DebutPeriod variable and developed the following model:

where ξ is the vector of parameters to be estimated, along with β and δ.

The study found that the primary factor influencing music sales is simply that listeners do not know what to buy. Therefore, factors such as publicity, a high-placed debut in the charts and the superstar effect in which an artist has had past success, all increase the chance of chart survival. Although record companies will typically release over 30,000 albums each year, most of these sell under 1,000. Those albums that become successful make up the bulk of the profits from album sales.

Modern music buyers also now have shortened attention spans, and since 2001, the amount of turn-over in the charts has increased. Lower-placed albums on debut fall out of the charts much quicker than before. The average survival time in the charts has decreased by 42%.

The authors suggest that, in the modern music environment, "firms that do the best job in enlisting superstars and successfully utilising pre-release marketing to impact debut rank are well positioned to succeed."