Terrorist networks have been the subject of mathematical modelling for some time, even though the field is fraught with difficulties. Recent work arising from a collaboration between Southern New Hampshire University, Intel Corporation, Keene State College and Computer Futures, Inc. has revealed several relevant characteristics of terrorist groups that need to be included in any mathematical model of a terrorist network, and has taken large steps towards more robust terrorist group modelling. 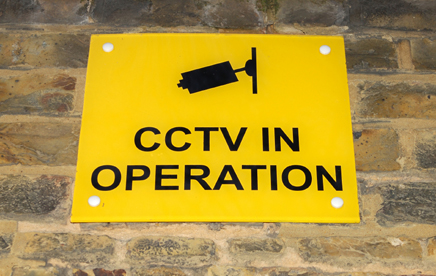 CCTV is widely used in the UK as a deterrent to terrorism.

In Disrupting Terrorist Networks - A Dynamic Fitness Landscape Approach, Philip V. Fellman, Jonathan P. Clemens, Roxana Wright, Jonathan Vos Post and Matthew Dadmun describe how even though terrorist networks remain shrouded in obscurity, there have been fruitful scientific approaches to their study, mainly in the area of network analysis.

Terrorist networks have a number of relevant characteristics which must be included in any mathematical model:

The authors suggest that this all adds up to terrorist groups being "slippery foes" whose membership changes quickly and invisibly, and that they learn from their mistakes — that is, they evolve. Modelling evolution involves models of complexity and the authors combined a 1999 model of business decision-making with a famous theoretical model of evolution.

The 1999 model was developed by Pankaj Ghemawat of Harvard Business School and Daniel Levinthal of the Wharton School, who sort to define the properties of an optimal business organisation decision-making process by running an agent based simulation of decision-making. Agent based simulations are systems of interacting intelligent agents and are often used to solve problems which are difficult to solve analytically or with an individual agent. The work looked at how interdependent decision-making and the interdependence of business units affected the overall performance of a company.

The evolutionary model used was developed by well-regarded American theoretical biologist and complex systems researcher Stuart Kauffman. Kauffman's work concerned the origins of life on Earth and he is best known for arguing that the complexity of biological systems and organisms might result from self-organisation and non-equilibrium dynamics as opposed to (or in conjunction with) Darwinian natural selection. He also proposed the first models of Boolean networks.

"The implicit lesson for intelligence organisations is that in dealing with terrorist organisations, efforts would best be directed at hitting them hard, at the highest levels of the hierarchy and leave the cleanup to local law enforcement organisations."