How can we all get back to work safely in the face of a lingering pandemic? To answer this question we need hard science about the virus and its transmission. But we also need people who can solve tricky organisational problems, logically think through possible scenarios, and keep track of the limitations of proposed solutions. In other words, we need mathematicians. 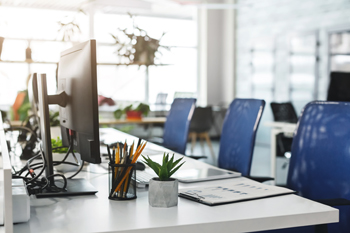 How can we get back to work safely?

Chris Budd is one mathematician who is lending his expertise to the fight against the pandemic. At the beginning of lockdown he and a group of colleagues got together to try to "address the immediate challenges that COVID-19 was throwing at us". The effort grew into the Virtual Forum for Knowledge Exchange in the Mathematical Sciences (V-KEMS) which, at the initial behest of the Department of Health and Social Care, is producing guidelines (working remotely, of course) for getting the country out of lockdown — including guidelines for how to unlock the workforce.

"Our aim was to establish mathematically-based principles that could guide policy," explains Budd. "We were not trying to make policy directly, but we were saying 'here are some principles that we can have mathematical justification for'." Those principles have been outlined in a working paper that has interesting ideas, not just for policy makers, but also for employers wondering how to negotiate their way back to some sort of normality.

Open and closed, hot and cold

There are of course gazillions of different workplaces in the country, each with its own characteristics. What is important in terms of the virus, though, is how many other people a worker in a workplace is going to interact with, and how long those interactions last.

"The way we came up with the principles was to think of four different [types of workplace]," explains Budd. "We think in terms of closed groups and open groups: a closed group is a group of people within a bubble that all know each other and don't come out of the bubble, such as an office. An open group is a group of people who don't know each other and interact freely, such as in a supermarket or a bus. We also looked at the difference between a group that is in contact with each other for a long time, such as in an office, or for a short time, for example in a supermarket. That gave us four different areas to explore: closed-short, closed-long, open-short and open-long."

Whatever category your workplace belongs to, the way it should be managed also depends on what the epidemiological situation is like out there in the community: whether it is "running hot" or "running cold". "We have 'hot principles' that apply when the R value is close to 1 [so there is still a reasonably high risk of infection]," explains Budd. "And we have 'cold principles' that apply when R is significantly less than 1, where things are close to normal but we want to make sure we don't go back to the 'hot' situation."

The principles set out V-KEMS are easy to understand and, on the whole, easy to follow.

For an example, imagine the situation is running hot and you are running a cafe with two employees. If you can only have one worker on the premise at any one time, is it better to keep one person on full-time and furlough the other, or should you have them both coming in for alternating periods of time? 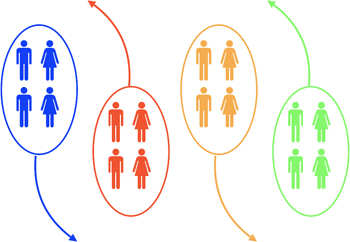 Organising people in bubbles is one suggestion of the V-KEMS Study Group (image taken from the working paper).

The answer, according to V-KEMS' poorly exclusion principle, is the latter: keep both people on and get them to work on alternating weeks. This way, should one of your workers become infected at work, the infected person will be at home the following week, during the dangerous period when they are infectious but not yet aware of it.

If your workforce is bigger, then it's best to divide them up into groups that interact with other groups as little as possible. This is possible even when your workers are dealing with the public. For example, delivery drivers can be paired with clients whose name begin with the same letter to reduce the pool of people each is going to interact with. In the same vein, bus drivers should always be assigned to the same route, at the same time, on the same bus.

If your workplace involves crowds, as is the case in a supermarket, then good crowd management is of the essence. "An example is how to manage a queue, for example in a take-away or a supermarket," says Budd. "It turned out from our analysis that [having several] servers is better than having a few servers, and that having the servers well-protected makes a huge difference."

"[When it comes to managing crowds] we also found, rather to our surprise, that it's better to have a large group of people interacting quickly, for example walking past each other, than to have a smaller group interacting slowly," says Budd. "So in a supermarket it's better for people to mill around than to form an ordered procession."

When Budd says that there's a mathematical justification for these principles, he means that each has been tested using mathematical models of how the disease would spread in a particular scenario. If a principle really did lead to reduced infection numbers in a large run of the simulations, then it was considered sound. For more details on the 21 principles V-KEMS set out, see the working paper.

An interesting spin-out from the V-KEMS Study Group on unlocking the workforce concerns a moral dilemma many of us are going to face (and which some employers have already fallen foul of). If your job doesn't offer sick pay, will you own up if you are meant to be self-isolating and take a two-week pay cut? If you are an employer who depends on people being in work, will you send a large part of your workforce home to self-isolate if only one of them has shown mild symptoms?

This problem is reminiscent of a staple from mathematical game theory called the prisoner's dilemma, used to model situations where people might be tempted to pull a fast one, rather than collaborate for the greater good.

Having identified the problem at the V-KEMS Study Group some participants went off to investigate it further. "What we have shown is that [honesty] in these situations is actually a win-win and you should encourage both the employers and the employees to have an honest approach," says Alan Champneys, one of the people who looked into the problem. 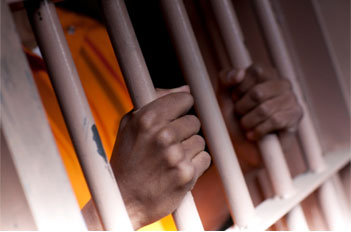 The dilemma faced by criminals can help with getting back to work.

Champneys and his colleagues imagined workplaces as networks of various types and simulated how infections might spread through this network using a bespoke version of a so-called SIR model, a standard type of epidemiological model (see here to find out more). They also introduced a measure of productivity, to see how this would be affected by people being off work. "We imagined a situation where the virus is still present but at low levels, and where tests are freely available and contact tracing is everybody's duty. We then asked whether it's to everybody's advantage in the workplace that everyone is honest."

The answer, the mathematics suggests, is yes. The risk of an epidemic breaking out in the workplace, leading to decreased productivity and earnings, weighs in heavier than the benefit of dishonesty. This is true even for businesses whose employees really can't work from home, such as factories. Even though the absence of groups of employees who are self-isolating has an immediate detrimental effect on productivity, the result of people not sticking to the rules is an epidemic in the workplace which is likely to shut it down completely.

This message may be hard to communicate to people on the breadline or looking for short-term gain, so Champneys and his colleagues have worked with a psychologist and a public health expert to see how it could be driven home. Regular inspection of businesses and large fines for non-compliance are obvious tools here, and so is statutory sick pay for all workers who need to self-isolate, no matter what basis they are employed on. But there are also subtler mechanisms. For example, a workforce having its own track, trace and isolate system, rather than one imposed from outside, could help create the sense of shared ownership you need for people to act for the common good. (You can find out more in this paper.)

Members of the V-KEMS Study Group on unlocking the workforce are currently talking to some large employers about how the principles can be implemented. At the same time, V-KEMS is looking at other ways of unlocking life, such as re-opening universities (we will report on this in a future article).

For Budd, Champneys, and the other mathematicians in V-KEMS their effort represents a new way of working. Rather than carefully honing their research over months or even years, they now work on the principle that, "in the current situation it's better to have something that is rough and ready but that we can use right now, rather than waiting for a few months for something that is perfect," as Budd puts it. Accordingly, the working paper makes abundantly clear that its results have not been peer-reviewed and attaches a number of caveats to the principles it suggests. 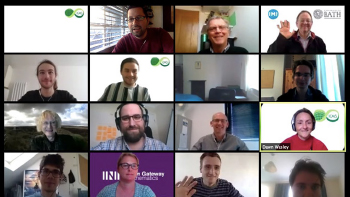 Collaboration is key in this context. Indeed V-KEMS leaves the hard science regarding the virus to others (notably participants of the RAMP effort we previously reported on) and only looks at how interactions between people should be managed in the light of that science.

Equally important is understanding, and working with, the people on the ground who are meant to implement the guidelines. "[Knowledge exchange doesn't work] by mathematicians saying 'I've got the perfect solution, all you need to do is adopt it and the world will be wonderful'. It's much more subtle than that," says Champneys. "It's about building relationships. You can come up with a perfect solution but unless you understand the psychology and social science aspect of it, and how to turn it through leadership into policy, it's never going to work."

For some participants of V-KEMS the rough-and-ready way of working, which can have life-or-death implications, was scary at first. But experienced epidemiologists were able to give reassurance. In a time where nothing is certain, the level-headed mathematical approach, informed by real-life data and the experience of people on the ground, is going to give you the most educated guess you are ever going to get.

The Virtual Forum for Knowledge Exchange in the Mathematical Sciences (V-KEMS) has been set-up with the involvement of various organisations:

These bodies are working with various representatives from the mathematical sciences community. The main aim is to identify a range of virtual approaches that will help address challenges from business and industry, the third sector, and other groups outside academia. These challenges may be long-standing or may have arisen directly as a consequence of the present disruption to UK society.

The main activities of V-KEMS are to organise virtual study groups looking at specific areas (such as unlocking the workforce), to organise webinars and scoping meetings, and to provide mathematical support to business, industry, the public sector and the third sector.

To find out more, or to get involved, visit the V-KEMS website.

Alan Champneys is Professor of Applied Non-linear Mathematics at the University of Bristol.

Marianne Freiberger, Editor of Plus, interviewed Budd and Champneys in June 2020.