What is pharmaceutical statistics?

In this data-driven age, studying statistics at A-level or beyond opens up a wide range of career options. One interesting area for statisticians to work in, which we recently had the chance to find out more about, is the pharmaceutical industry.

How are new medical treatments tested?

Before a new drug comes on the market it needs to be tested on people who have the condition the drug has been developed for. Medical scientists will already have an idea that the drug might work from tests on biological cells and on animals, but they still need to see if it also works in humans, measure just how effective it is, and what kind of side effects it might have. 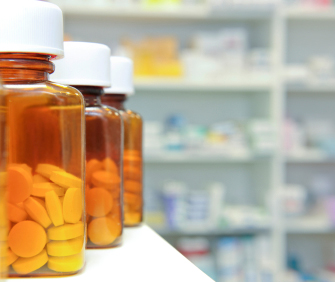 In a medical trial one group of people is given the new treatment and another a placebo or an existing treatment.

At first sight, conducting such a test seems easy: give the treatment to a group of people with the condition and see what happens. In reality though, things aren't that simple. One problem is the famous placebo effect, also known as the sugar pill effect: if you have a medical condition, then simply thinking that you’re being treated for it might make you feel better, even if the treatment doesn’t actually work.

Another problem is that even if your patients do appear to get better, this might just be a fluke, or down to some other factors you’re not even aware of. For example, if the patients all live in the same area, and have recently been getting out and about a lot because the weather in that area has been nice, then they might have got better because of all the exercise and fresh air. The treatment may have nothing to do with it.

To get around these problems medical treatments are tested on two groups of people: one group will receive the treatment and the other will receive either a placebo (a "sugar pill" that doesn't work) or an existing treatment you want to compare the new treatment to. People are allocated to these groups randomly. That's the best way of making sure they don’t all share some particular characteristic (such as living in the same area) that can influence the result. A trial which works in this way is called a randomised controlled trial.

What do medical statisticians do? 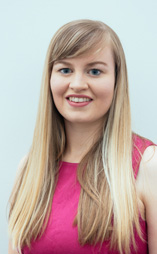 Statisticians are a critical part of every stage of the trial process: from the initial design of a randomised controlled trial to analysing the results and communicating them to colleagues. "My job begins before the trial starts," explains biostatistics manager Mary Elliott-Davey. "I will work with colleagues from other departments to design the trial. For example, how many patients do we need in each group? How long are we going to observe the patients for? How are we going to measure the disease outcome to see if the new medication works better?"

Even only deciding how many people should be part of a study requires many of the statistical tools you learn about at school. The number of people needed depends on how confident you would like to be that you draw the correct conclusion from the outcome of your trial: the more confident you'd like to be, the more people you need. Measuring this confidence involves significance levels and confidence intervals. The number of people you need also depends on how variable the quantity (or quantities) that will be measured in the trial (for example blood pressure) is in the population you are interested in: the more it varies naturally from person to person, the more people you need in your trial. Working out this variation requires you to understand probability distributions and their measures of variability, such as standard deviation. There are standard formulae that tell you how many people you need depending on these, and other, factors. (You can find out more about this in this Plus article, or explore the idea yourself with this activity on our sister site NRICH.)

"Once the study has finished I will then analyse the data that was collected," explains Elliott-Davey. "There is a possibility that the results observed were just down to chance, and maybe the new medicine isn't any better. My job is to assess this chance and help the team determine if our new medicine does work better. I also explore the characteristics of the patients that were in the study. For example, what was the average age of patients in the study? How severe was their disease? Did they have any other [diseases]?" 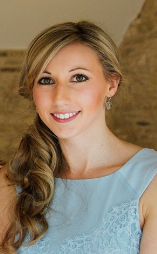 To assess whether the results of a study were down to chance or indicate that a new treatment really is effective, you need to be clear about what questions you are asking of the data. You need to test a clearly formulated hypothesis (the drug reduces blood pressure by x amount) against the possibility that the new treatment is not effective, or no more effective than others. A statistical technique called hypothesis testing delivers the framework to do just that It also involves probability distributions and significance levels. (You can learn more in this article on Plus or this article on our sister site NRICH, and try out the statistical techniques yourself in this collection of NRICH resources.)

Applying sophisticated mathematics in real-life contexts is never just about the maths, however. It also involves a lot of teamwork. "A medical statistician partners with other non-statistical experts, such as doctors, pharmacologists, and logistics/operations personnel," says statistical scientist Rhian Jacob. "They all have different expertise and generally don't understand statistics. Being able to communicate complex, statistical concepts in simple terms is essential." The ability to visualise complex data sets that potentially involve many variables is another essential tool in this context.

Teamwork is one of the things Jacob likes most about her job: "Being a single member of a very large, global team where everyone has different opinions and expertise but ultimately have the same common goal: to deliver safe and effective medicines to patients."

A pharmaceutical statistician usually works on several projects at once. They might investigate the design of a new trial one day, and then analyse the results from the latest study, or explain them to external doctors, the next. They might also travel to attend training sessions, meetings or conferences. "The work is varied, challenging, has large scope for progression and can require international travel," says Jacob. "Most companies are open to new ideas and welcome curiosity; it's nice that contribution from you personally is recognised and valued early on." 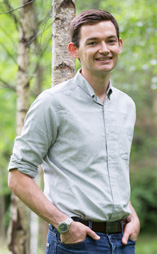 Statistics leader James Lay-Flurrie points to the flexibility of career paths in the industry and the potential for exciting discovery. "Many companies will encourage you to take career decisions that play to your strengths. For example, if you have a real interest in being on the cutting edge of new statistical methods then it's possible to go down the statistical scientist route, acting in a consultant role across many projects."

"The great thing about the industry is that statisticians are always striving to develop cutting edge methods and trial designs to ensure medicines can be approved more quickly and at less expense, helping these medicines reach patients as quickly and cheaply as possible," says Lay-Flurrie. "Despite often working for rival companies there is a great statistical community within the industry and willingness to share and develop new ideas." Lay-Flurrie, Jacob and Elliott-Davey are all members of PSI, an organisation comprising members from many different companies in all areas of drug development, dedicated to leading and promoting best practice and industry initiatives for statisticians.

But what is perhaps the most satisfying aspect of the job is how the results are put to use. "I love how statistics can be used to improve people's lives," says Elliott-Davey. "It is exciting to know that the study I am working on may be for a medicine that could treat cancer or prevent Alzheimer's."

"Every person will be affected by serious diseases, either directly or indirectly, at some point in their lives. To be able to say that my work might help even just a little bit is what gets me out of bed in the morning."

You can find out more about statistics careers in the pharmaceutical industry on the PSI careers page.

We are grateful to PSI for their support in producing this article.

You can try out some of the statistical techniques mentioned here in this collection of resources on our sister site NRICH.