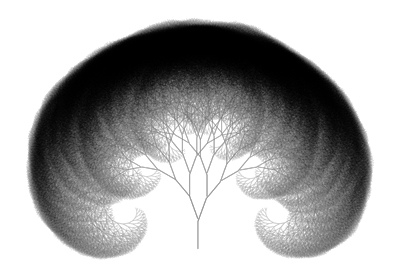 Out of the many things 2020 has done, one was to teach us about exponential growth. You can easily see why epidemics can grow exponentially. If one infected person infects, say, 2 others, then a single infection gives rise to

new ones, which in turn spawn

new infections, which go on to create

new infections, and so on. After

grows incredibly fast as the exponent

grows. And if an infected person infects other people within a relatively short period of time, then the epidemic will also grow incredibly fast in time. This explosive growth will continue until transmission is sufficiently reduced by one means or another.

When epidemiologists predict how a disease will spread in the shortish term, they do indeed use an exponential model, but it looks a little different. Imagine that now, at time 0, we have

infectious cases. Then the exponential model predicts that in

of cases will be

does not depend on the disease or situation at all — it's a mathematical constant, also known as Euler's number, roughly equal to 2.7. Whatever disease you are trying to model, be it COVID-19, the flu, measles, or HIV, the base of the exponential expression in the model is always

But where does the

come from? What makes this number so universal? 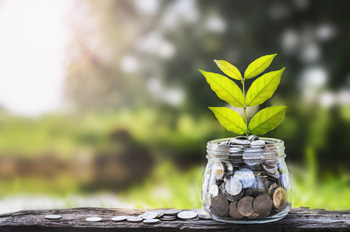