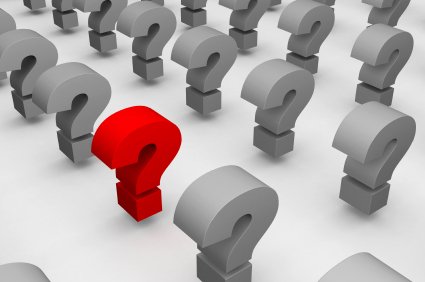 If you are into puzzles and would like to get rich, then the 28th of July 2007 is a date to mark in your diary. On this day Eternity II, a puzzle created by Viscount Christopher Monckton to follow the record-breaking Eternity, will hit the shelves, together with a promise of $2 million for the first person to solve it.

Eternity II consists of 256 square pieces whose coloured borders must be aligned correctly to give a pattern. There's not just one, but thousands of different solutions. And if you get stuck and are willing to fork out some more money, you can buy two smaller clue puzzles, whose solutions are designed to put you on the right track for the big one.

Viscount Monckton insists that anyone, regardless of age and academic ability, could solve the puzzle: "It could be a 5-year-old or a 90-year-old grandmother". But if the puzzle's predecessor Eternity is anything to go by, then the winner might well turn out to be someone with some serious maths experience.

Eternity was launched in 1999 and quickly became a best-seller. Its £1 million prize eventually went to two Cambridge mathematicians, Alex Selby and Oliver Riordan. Monckton had thought that the sheer size of the puzzle meant that it would take at least three years until someone came up with a solution, so Selby and Riordan's success after just a few months came as a surprise. Indeed, the puzzle's size meant that a brute force approach — getting a computer to check out all possible combinations of pieces — would have taken millions of years. But Selby and Riordan were cleverer than that.

Probability theory told them that the great number of pieces actually worked to their advantage and that the crux lay in identifying "good" and "bad" shapes. The problem is similar to packing a car: you first put in the big and unusually-shaped cases, making sure that the empty spaces between them aren't too awkward, and then slide the nicer cases in wherever they will fit. Using a mixture of probability theory and clever computer programming, Selby and Riordan came up with a sophisticated search algorithm which got them a result just 7 months after they started thinking about the problem. The Plus article Prize specimens gives a detailed account of their approach. Incidentally, their work showed that the clue puzzles released by Monckton were no help at all — as Riordan told Plus at the time, Monckton simply "wasn't looking at it in a mathematical way at all".

After Selby and Riordan won the prize, newspapers reported that Monckton was forced to sell his 67-room house to foot the bill. But as Monckton himself recently admitted to the The Scotsman, that was just a publicity stunt. He was going to sell the place anyway and wasn't about to run out of money.

Eternity II was launched at the London Toy Fair on the 24th of January. Publicity wasn't short here either, as a computer containing one of the solutions was destroyed by the UK finalist of the World's Strongest Men competition. It will take a lot more than sheer muscle power to re-assemble the pieces.