The real numbers and Cauchy sequences

What are the real numbers? Perhaps the most intuitive answer is that they are all the points you can find on the number line. The integers, which are real numbers, form an evenly spaced set of points along that line. Other numbers, such as

can be found at appropriate distances between them.

Those numbers that have a finite decimal expansion (such as

, which have infinite decimal expansions that don’t end in repeating blocks and can’t be written as fractions.

This makes irrational numbers rather slippery. Because our minds and measuring tools are finite, to find an irrational number on the number line, we have to work with approximations. For example, when working with

, then depending on the level of accuracy required (and possible), we might use the approximation

, etc. The more decimal places you include, the better the approximation.

. The sequence converges to

in its limit: its terms get closer and closer to

and we can get arbitrarily close to

by going far enough down the sequence. The same can be said for any other irrational number and its decimal expansion.

to fractions, we can think of

as defined by the sequence

This works for rational numbers (fractions and integers) too. For example, the sequence

, trivially, so we can think of

as being represented by this sequence.

Not every sequence of rational numbers defines a real number, however. For example, the sequence

moves off to infinity and doesn’t specify any real number. This is why, in this new way of thinking about real numbers, we only consider those sequences whose terms get arbitrarily close together as you move further along the sequence. To be precise, giving any number 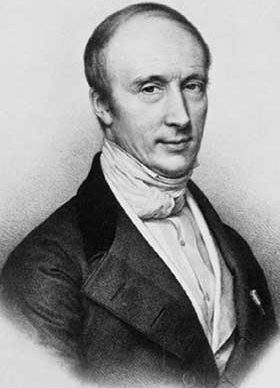 Why would we want to do this?

That’s a valid question. One advantage is that Cauchy sequences only consist of nice and friendly things we understand, namely the rational numbers. It’s perhaps easier to imagine a sequence of rational numbers bunching up closer and closer and defining a number such as

Another advantage of thinking of real numbers in terms of Cauchy sequences becomes apparent when you add or multiply two real numbers. Imagine, for example, you want to add

. You can’t just assume that the

is the sum of the

That’s because of the pesky carry operation. For example, the fourth digit after the decimal point in the decimal expansion of

has been carried from the right. In general, a carry could even ripple through a huge string of digits from right to left.

Cauchy sequences don’t have this problem. If you add (or multiply) the

term in a Cauchy sequence for

term in a Cauchy sequence for

term in a Cauchy sequence of

). No carry required whatsoever. This can make calculations and especially theoretical arguments easier.

With all this Cauchy sequence propaganda one fact we have suppressed so far is that a single real number comes with many Cauchy sequences that converge to it. For example, the sequences

This is annoying, but not impossible to deal with. Technically, mathematicians declare all Cauchy sequences that converge to the same limit as "the same" (this results in a so-called equivalence relation) and then define a real number as an equivalence class of Cauchy sequences. The approach can be bit unwieldy, but then, mathematicians deal with unwieldy things all the time.

Thank you Marianne Freiberger! The truly brilliant can explain the most complex concepts to others so they'll understand them, without feeling the need to further confuse them with technical and convoluted answers which will (hopefully) impress them, but unfortunately will keep them in the dark.
Some of us actually *want* others to be able to understand things. It's a good thing. Thanks.

Of course, it is intuitively clear that the real line somehow may be conceived as a sort of geometrical realization of the number line. I wonder, however, how this relates to the non-standard real numbers, à la Robinson: are they also usefully thought of as represented on the same geometrical line or is there some kind of obstacle or difficulty to such an interpretation?