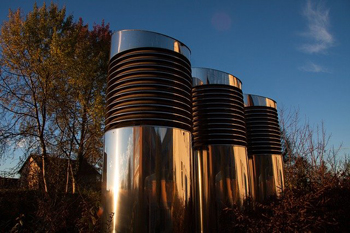 measures the ventilation rate of the room, that is, the rate at which fresh air enters it.