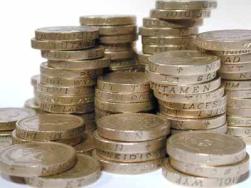 The mathematics of Grigori Perelman of the Steklov Institute of Mathematics, Russia, is set to earn him $1 million, as long as no holes are found in his proof of the century-old Poincaré Conjecture.

The first of the Clay Institute's $1 million prizes will be won if Perelman's proof of the conjecture is accepted by a refereed academic journal and survives two years of scrutiny by his peers (read more about how maths can make you rich and famous in this issue of Plus). There have been many attempts to prove the Conjecture over the last century, but none have withstood the peer review process.

A topologist doesn't even notice

In fact, if Perelman's work is correct, a proof for Poincaré's Conjecture is just a by-product of a proof of a much more ambitious result: the Geometrisation Conjecture. For over a century, topologists have known what all the possible two-dimensional surfaces look like. Topologists are not concerned with details that can be obliterated by stretching or compressing - only those caused by tearing or gluing. They are often described as people who can't tell the difference between a coffee cup and a doughnut!

Perelman's proof uses a mathematical technique called the Ricci flow, which smooths out bumps on a three-dimensional manifold to make it more uniform, without doing anything a topologist would regard as fundamentally changing it. Richard Hamilton, now at Columbia University, developed the technique and used it to prove the Geometrisation Conjecture in some but not all cases. The problematic ones involved particular large lumps that the Ricci flow didn't seem to be able to smooth out. "What Perelman has done is to figure out some new and interesting ways to tame these singularities," said Tomasz Mrowka of the Massachusetts Institute of Technology.

Perelman presented his work to colleagues, including Mrowka, in the US last month, and while no one is celebrating yet, they are impressed with the work. "It's not certain, but we're taking it very seriously," Mrowka said. If correct, Perelman's work will have a huge impact on the area of topology, and that lasting legacy may be worth more to a mathematician than a mere $1 million prize.

This Perelman guy seems pretty interesting to me. Feels this person might be able to crack the Poincare Conjecture and have a bright future ahead. It also feels like he is mysterious. Who knows he might actually reject the Million Dollar prize and the Fields Medal that will be offered to him.