Laura Tadrowski has a successful career in finance. She started off working on the trading floor for Morgan Stanley, then moved to a hedge fund and is now part of a consulting team at Moody's Analytics, a finance company. Like many of her colleagues in quantitative finance Laura is perfectly qualified for the job: she has a PhD in theoretical physics. 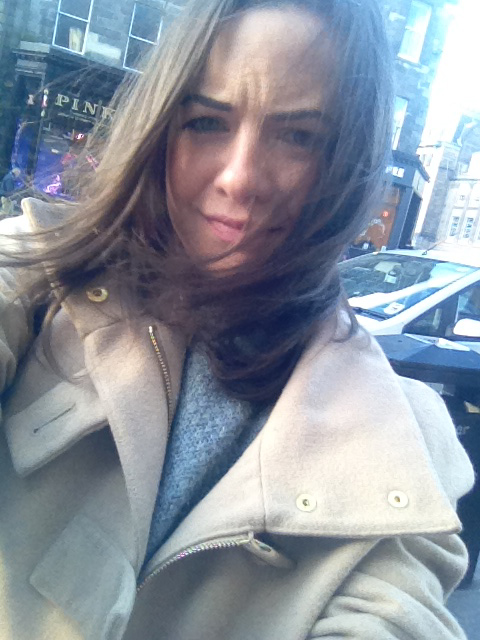 The fact that a sizeable proportion of the financial workforce is made up of physicists is one of the industry's best-kept secrets. Few clients will be aware that their consultant is also an expert on, say, eleven-dimensional spacetimes. And conversely, few first year physics students know that finance presents a very real future career option.

At first sight the two areas appear to have little in common. During her PhD at Queen Mary University of London Laura was studying string theory, a hypothetical theory of everything (see this article to find out more). You don't spend any time in the lab when you work on string theory. It's a purely theoretical construct whose predictions cannot even be tested using experiments, at least not with current technology. Laura spent her years as a PhD student working with mathematical representations of the Universe that form part of the cutting edge of theoretical physics (see this article to get an idea of what they are).

Laura's current work couldn't be more real — since 2008 we all know what can happen if people get financial predictions wrong. As part of the consulting team, Laura works with people who have complicated combinations of assets, such as stocks and bonds. People need to know how to manage risk and uncertainty. They need to know how much these assets are worth now and long into the future to know what to buy, sell and what to hold on to.

Her switch into finance wasn't entirely planned. She got her first job by arguing at a careers fair with the man who was to become her boss at Morgan Stanley. "At that stage, it was quite exciting because it was 2008, so the financial markets were collapsing and everybody was saying, 'Everything the quants have done is wrong. All the mathematical modelling is wrong.' It was quite topical. We ended up having quite a big argument for about 30 minutes and he then ended up saying, 'Do you want to come for an interview?' I said, 'Yes, sure.' He gave me a list of books and said, 'Well, don't turn up on my door without having read these.' That is when I first started reading about finance."

Laura's job involves a lot of maths. Not just in the obvious sense — she's dealing with numbers — but also because mathematics is used to describe the relationships between the factors that determine how much things are worth and to understand uncertainty and risk. Maths is also the language of physics and although Laura struggled with it at school, she quickly caught up as the excitement of her physics degree pulled her along.

The finance industry loves people who can learn a lot of maths very quickly, and quick mathematical response is what Laura was providing in her time on the trading floor as a quantitative analyst (or quant). "I was working with traders and building tools for valuation and risk management," she explains. "It was very exciting. I moved from an academic environment, where I'd have weeks, months, years even, to come up with solutions, to one in which solutions were required in days, hours, or minutes."

But mathematical fluency isn't the only thing that makes physicists attractive. "The specific training in theoretical physics is very similar to what people do as quants," says David Berman, a string theorist at Queen Mary University of London, who was Laura's PhD supervisor. A physicist's job is to spot patterns in the information reality presents us with and then come up with ways of describing the important relationships, conceptually and mathematically. In the past the information used to come from straightforward observations — for example after repeatedly observing what happens when you stick a metal rod into a fire you might hazard a guess at the heat equation, which describes how heat diffuses through a medium. Today's high-tech physics experiments, such as the Large Hadron Collider at CERN, are far more sophisticated than that. They produce huge amounts of data which physicists have to compare to their theories. Spotting patterns in the data requires mathematical tools that come in equally handy when you are trying to make sense of the markets. 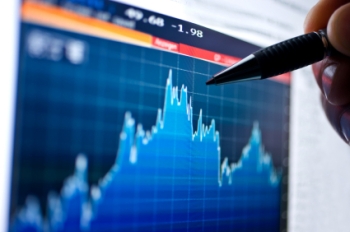 In fact, financial mathematics has often been inspired by physics. The Black-Scholes equation, the central equation of mathematical finance which models how the prices of options evolve, was developed using insights from the same physics that also describes heat flow. An option allows the buyer to buy a certain stock (say a barrel of oil) at a future time for a price that is fixed now. To figure out the right price of the option you need to consider how the price of the stock in question is likely to vary between now and then. On the face of it, this would require a crystal ball, or at least a very detailed knowledge of the markets. The idea underlying the Black-Scholes equation is to simply assume that stock prices perform a random motion, just as the molecules in a metal rod jiggle about randomly when it is heated. Surprisingly, you can then work out an equation whose solution gives you the correct price for the option by requiring that neither the seller or the buyer of the option should be able to make a guaranteed profit on the deal. The equation is pretty complicated, but it turns out that it can be transformed into the very heat equation mentioned above, and solved. This model for option pricing earned Myron Scholes and Robert C. Merton the 1997 Nobel Prize in Economics (Fischer Black had passed away two years earlier). You can find out more in this article.

The Black-Scholes approach isn't perfect, of course, it is only a model of what happens in reality. But being able to adjust equations to reflect reality is, as Laura points out, another skill that makes physicists attractive to finance. "I think the most useful thing that physicists bring to this job is that they are always thinking on their feet. As a string theorist I got used to having to think outside the box, think about what didn't seem obvious or intuitive," she says. "Although when we move away from theoretical physics and into an applied branch of mathematics we find there isn't really a perfect solution. There often is not a manual you can go to or a textbook you can pick up. You have to be comfortable being out of your comfort zone. The subject moves so fast (as does string theory). Learning to keep up with a field by supplementing your research, going to conferences and speaking to people is something I learnt to do whilst working for my PhD. You learn to draw on all the tools you have used, all the lessons you have learnt from in the past and try to make something work better, but it is never going to be perfect. I think physics provided me with a fantastic foundation because it exposed me to such a diverse subject matter requiring so many mathematical disciplines and so many different ways of thinking about problems."

Sheldon talking about string theory in The Big Bang Theory.

A lot of Laura's colleagues are physicists or mathematicians by training who have decided to switch careers for a variety of reasons. Laura felt she'd be better off in a job that's more about social interaction than the sometimes lonely work as a researcher. Others are attracted by the money, or by the job security. A background in physics tends to impress people, "Especially now with The Big Bang Theory and Sheldon, everyone immediately goes: 'Oh', they now know what string theory means, and they immediately assume that you are extremely intelligent. Even when I got the job at the hedge fund, which was more about economics [than mathematics] — they say during my interview, 'But you have never done economics,' and I told them, 'Yes, but I'll learn it,' and they had faith that my physics training meant I would be able to. I think people give a lot of credit to a physics PhD and a physics degree."

In her current job Laura has the chance to re-connect to the world of research. She goes to conferences and seminars to see what insights from physics can be useful in finance, though the latter, she thinks, is still some way behind. "Financial mathematics is still decades behind theoretical physics. But we keep an eye on where the fields of mathematics and physics are heading as the researchers there push the frontiers of human knowledge. It is my belief that financial theory/mathematics can continue to learn and borrow ideas from physics."

Laura is not sure what lies ahead further down the line, but not overly anxious about what the future holds either. "I've had three very different jobs in the financial sector over the last four years. I don't worry about the instability of the sector because of the flexibility of my physics degree and Phd. I also believe this would apply to a lot of other professions too. I can't imagine there's a contemporary and progressive industry that would turn around and say, 'Problem-solving skills? Not interested. Maths? No we don't want it.'"

Marianne Freiberger is editor of Plus. She interviewed Laura Tadrowski and David Berman in London in September 2013.

What books did Laura have to read before her interview?

Any chance you asked, or could ask, Laura what financial books her future boss at Morgan Stanley asked her to read before showing up for the job interview?

LOL. That's exactly I was

LOL. That's exactly I was curious about and gonna ask when I bumped into the sentence.