Should people learn maths until age 18?

In his first speech of 2023 the UK's Prime Minister, Rishi Sunak, announced his plan for all students in England to study maths up to the age of 18. This prompts the question of why: why should all students be forced to learn something that only some will go on to routinely use in their jobs later in life?

There are several answers to this question that justify keeping students engaged with maths for longer. One is that mathematics opens doors to a range of careers much wider than you might think at first. It is the language that underlies science, engineering and technology, so a good grounding at school level paves the way for careers and/or studies in any of the STEM subjects, and even provides the flexibility to switch between them. 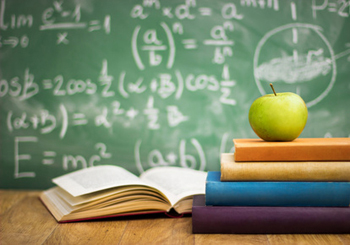 What are the benefits of learning maths?

Maths also comprises statistics and Big Data, which are essential in so many areas we can't begin to list them here — from medicine and marketing to social sciences and online shopping. Obviously, maths is also an essential component in finance. And as the language of patterns and forms it can even provide an enriching component in creative occupations. See here for some examples of careers that, while not having the word "mathematician" in the job title, involve a substantial amount of maths.

Acquiring a solid mathematical grounding at school keeps all these options open for everyone, even those who haven't yet discovered the role maths may play in what they want to do later on. Since the role of Big Data and technology in our lives is only going to increase, and scientific and statistical evidence play an increasingly important role in many types of decision making, the importance of mathematics is only likely to increase too. Reserving access to post-school mathematics for an educated elite able to recognise its secret uses would be highly neglectful and further disadvantage those already facing educational inequality.

…and tools for life

Having said that, access to careers only covers part of the argument for mathematics until 18. There are many jobs that only use a minimal amount of maths, or none at all, and many people who are not interested in jobs that do. However, all of us, whether we like maths or not, are constantly faced with the task of making decisions — about what to buy, who to vote for, and what lifestyle choices to make to maintain our own health and that of our family, city, country, or planet. Statistics is frequently used to evidence political policy and the merits of products or courses of action, and also to pull the wool over our eyes. A good understanding of statistical issues — the differences between different types of averages, between causation and correlation, and between relative and absolute changes, for example — is indispensable in making informed decisions.

It doesn't suffice in this context to teach people a set list of mathematical or statistical tools and be done with it. Such tools are easily forgotten and will only apply to specific situations anyway. A much more powerful weapon is a general mathematical literacy that enables you to spot and grasp mathematical issues of all kinds — whether it's understanding a pandemic and the decisions made to curb it, a line of reasoning in a court case, or the result of a medical test.

Maths can also deliver important transferable skills. Being able to solve problems and think logically are two obvious ones, but there's also the healthy skepticism a mathematical way of thinking equips you with. Mathematicians won't accept even things that seem entirely obvious unless they have proof. Translated into real life, this questioning attitude can help you disentangle all manner of claims made by politicians or marketeers. 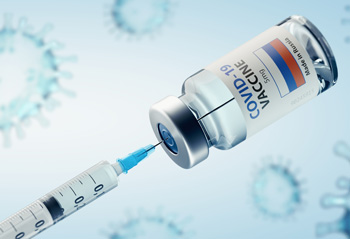 How safe, and how effective, are the COVID vaccines? To find out you need a basic grasp of statistics.

Such mathematical literacy is more than the sum of its parts and takes time and practice to acquire. There's an analogy with language here. Learning a language requires more than learning words and grammatical rules. How many of us have done a foreign language at school only to find we can barely order a beer at the bar? To really become proficient you need to actively speak, listen, and read long enough for the language to become embedded in your brain. Once that has happened, it'll remain in there forever, even if you fall out of practice. You'll be able to recover it when you need it.

Learning maths of some kind until age 18 gives everyone a chance to become proficient at the language of maths — reaping the rewards already mentioned above. More time to teach maths might also enable teachers to make it more interesting: there'll be time for students to learn about using the mathematical tools they have studied in interesting contexts and perhaps even to learn to appreciate the beauty of maths.

Of course such a plan should not come at the expense of subjects that are often (and to the disagreement of most mathematicians) perceived as being diametrically opposed to maths, such as languages, humanities and arts based subjects. Perhaps we can even hope for the contrary: since there's maths in the arts and art in maths, the subjects could even enhance each other.

In summary then, we think that keeping students engaged with maths until 18 is a good plan. Not only because it widens career opportunities and helps people "keep up with the modern world", but also because maths is an indispensable tool for making informed decisions about many aspects of life. All we need now is for the government to make sure there are enough maths teachers around to teach the subject.