Maths in a minute: What's average? 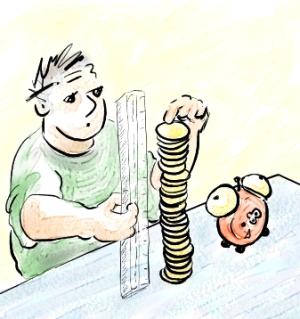 The gas laws as derived by Boyle and Charles tell us about the average properties of the gas. The nature of each molecule is not the same and to use these properties to determine the average properties is not the right way to go in analysis. However when it comes to the subject of macroeconomics the vast majority of its protagonists don't seem to appreciate this. Consequently the separate subject of micro- and macro- economics become confused. Since we are one of the "molecules" ourselves it is very easy to forget that we need to view the subject of macroeconomics objectively and from afar.

This writer has been researching macroeconomics for a long time and he can clearly obtain sufficient logic about it so as to determine laws that are independent of the micro- structures we feel around us in everyday use. In fact by taking aggregate properties of idealized functional entities within our social system as a whole, it is possible to learn much more about how it works.