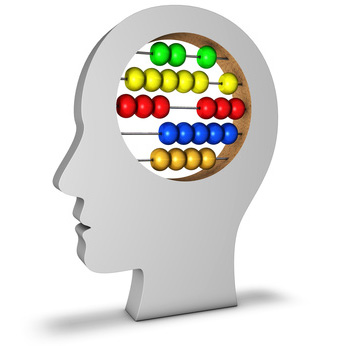 Some tricks to help you with your mental arithmetic when you're dealing with reversible numbers.

Reversible numbers, or more specifically pairs of reversible numbers, are whole numbers in which the digits of one number are the reverse of the digits in another number, for example, 2847 and 7482 form a reversible pair. Reversible pairs prove interesting because of the unexpected way in which they allow addition and subtraction to be carried out — a way that facilitates mental arithmetic. This is best illustrated with a couple of examples.

Take a reversible pair such as

The addition of these two numbers can in this case be performed quite simply by taking the sum of the two digits and multiplying it by 11:

Let’s try this again with the pair

Subtraction is carried out in a similar fashion, except the difference between the two digits is taken and the result multiplied by 9. For example, in subtracting

which is less than

is written with two digits

Its reverse is therefore

Similarly, their difference is

The result also holds if

is a number that ends in

Does something similar work for triple digit numbers? We can use the same method as above to derive the corresponding equations. A positive whole number

Its reverse will therefore be

For the sum we get

For the difference we get 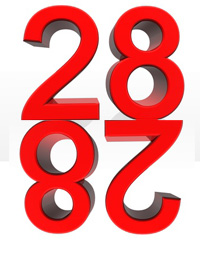 The equation for the sum looks more complicated than for double digit numbers, but the equation for the difference preserves the same degree of simplicity. The trouble is that it doesn’t really make the mental arithmetic easier as it now involves multiplying by 99.

and then place a nine between the two digits (assume a leading zero if necessary).

As an example, consider

As we saw above, the difference between the two digit numbers

in the middle to give

The last step can be justified by factorising the coefficient of the equation for the difference.

the sum of its digits will also be

(that’s a fact you can easily verify). We now resort to a short-cut for multiplying by 11 that you might have heard of: split the two digits (in this case of

) and place their sum between them. As we have just seen, that sum is

which justifies our trick above.

Can we extend these results to numbers with more digits? In the case of a four-digit reversible number

This looks a lot more complicated. There are limits, then, as to how far we can go in finding the sum and difference of two reversible numbers this way. But that does not detract from its usefulness within those limits! 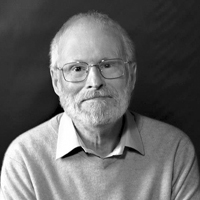 Reversing the summing of reversibles

I've been trying to think of a method to decompose a number into a number which, added to its reverse, equals that first number. For example 685 decomposes into 392+293, but I only know that because I started with 392 arbitrarily. Do you or anyone know of a quick sure method to start with a number like 685 and find 392?

Decomposing the sum of a reversible pair

Firstly, not all numbers have reversible components, e.g. 125.
Secondly, this solution applies only when the components have three digits, although the number itself could be as high as 1998 (= 999 + 999).
Let m be the number you want to decompose into its reversible components.
Let x and y be the components, then
x + y = m
The difference between two, three-digit numbers is evenly divisible by 99. So,
x – y = 99k
where k is some integer 0 … 9. It is the difference between the first and last digit of the larger component, as described in the above article.
Now,
y = m – x
x = 99k + y
On substituting m – x for y in the second equation and then adding x to both sides gives
2x = 99k + m
Or
x = (99k + m) / 2
The solution can be found by trying zero and even numbered values of k when m is even and odd numbered values m is odd.
There can be more than one solution to the problem. 685, for example has 3 solutions, namely when k = 1, 3 and 5. This means 685 has four reversible components: 392, 491, 590 and their respective reverses.

for your reply. However while it certainly added to my understanding of the topic, your method yielded no solution for any number that I pulled randomly out of the air, such as 341, 724, 651, 873 (like your example of 125). No doubt I'd have eventually hit on one, but it leads to the questions: what proportion of 3-digit numbers are decomposable this way, and is there a way of knowing in advance?

Interesting that my example 685 has three reversible components (not four as you say unless I've left something out), but applying your formula to it also yields 689 and 788 for k = 7 and 9. These are the two the 3-digit Lychrel (candidate) seed numbers, which I'm also interested in.

Also 651/2 = 325.5, which reversed and added a couple of times gives 651.156, which could be regarded as a fair approximation, would you say? Maybe that's the beginning of an alternative method.

My last sentence missed out a crucial stage in deriving a reversible pair from 651.

There are plenty of similar examples, in four digit numbers as well.

Another clarification, by "know in advance" I meant is there way of deciding in advance whether or not a given three digit number has a solution before starting the procedure you describe?

My apologies. There are

My apologies. There are three, not four, reversible components of 685.

Of those that can be so decomposed, the first and last digit have a difference of zero or one and the middle digit is evenly divisible by two.

Numbers that have the same digits when doubled.

You are dealing with a…