Better ways to cut a cake 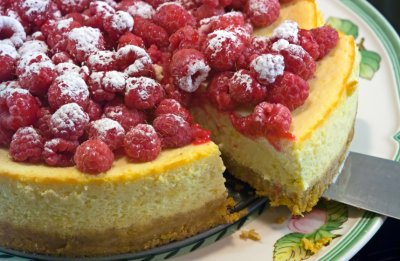 Suppose a cake is to be divided between two people, Alice and Bob. A fair procedure is to have Alice cut the cake and then have Bob choose whichever piece he prefers. Alice has an incentive to cut the cake exactly in half, since she will be left with whichever piece Bob does not take.

This "you cut, I choose" method, known since time immemorial, has been used in dispute resolutions ranging from land division in the Bible to children's squabbles over birthday cake. An article to appear in the December 2006 issue of the Notices of the American Mathematical Society draws on the power and precision of mathematics to show there are even better ways to cut a cake.

The three authors of the article, Steven J. Brams, Michael A. Jones, and Christian Klamler, point out that the cut-and-choose method has the desirable property of "envy-freeness": Neither person envies the other, because each knows he has gotten at least half the cake. But the method lacks another desirable property, that of equitability: The subjective value that the two people place on the pieces they get might not be the same. For example, suppose one half of the cake is frosted with vanilla icing and the other with chocolate icing, and suppose Alice values chocolate icing twice as much as vanilla. It is possible that Alice's valuation of the piece she gets will be less than Bob's valuation of his piece, making these the two valuations inequitable.

Brams, Jones, and Klamler describe a new method for cake-cutting, which they call SP (for "Surplus Procedure"). Using SP, the cake can be cut in such a way that the value Alice puts on her piece is approximately the same as the value Bob puts on his---so both feel, for example, that they are getting about 65% of what they want! For cake division among 3 people, there is an extension of SP, called EP (for "Equitability Procedure"), that ensures all three get, say, 40% of what they want. However, it is not always possible to ensure both equitability and envy-freeness for divisions among 3 or more people. One desirable property that SP and EP share is that they are "strategy-proof": The players cannot assuredly manipulate these procedures to their advantage.

Brams is well known for his work on fair-division algorithms. His 1999 book The Win-Win Solution: Guaranteeing Fair Shares to Everybody, written jointly with Alan D. Taylor, describes a host of contexts in which such algorithms apply, from the Camp David peace accords to the divorce of Donald and Ivana Trump. One of the algorithms described in the book, called "adjusted winner", has actually been patented by New York University, where Brams is a professor of politics.

With SP and EP, Brams says, "We are proposing a new, more scientific approach to dispute resolution. Even if it is not directly applicable, the reasoning that goes into fair-division algorithms is valuable. It shows how mathematics can contribute to making dispute resolution more rigorous and precise."