This interview first appeared in Science in School, the European journal for science teachers, and is reprinted here by permission.

Are you ready for a tour of the Universe? Strap on your helmet and we'll dim the lights.

Over the course of the next hour, we'll be travelling far across the Solar System, across our galaxy and even beyond. As we leave Earth behind us, we'll look back and marvel at our own planet and its watery surface before whizzing off to visit the Moon, the planets and even the Sun. We'll visit other stars and travel to the very edge of our galaxy. There, we'll use the latest technology on board the Hubble space telescope to see what's at the end of the Universe and try to calculate how many galaxies there are, and the probability of there being life out there. 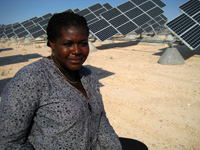 This may sound like fantasy, like a once-in-a-lifetime dream, but Maggie Aderin-Pocock has taken this tour regularly over the past five years, guiding children as young as four years old through the wonders of our Universe. From the safety of their classroom, they are whirled away on a simulated journey through space and time, transported only by an interactive computer programme and Maggie's boundless enthusiasm.

Everybody is a scientist

Space scientist Maggie has many demands on her time – developing instruments for space satellites, filming with the BBC and, since March 2010, looking after her daughter Laurie. But she still makes time to visit schools around the UK.

Maths lies at the heart of her work as space scientist and it also links her to her own experiences at school. "Maths plays a vital role in my work: I do numerous calculations to design and build an instrument that will meet the requirements of the mission. Maths is also critical to my role as a project manager, from working out budgets and contingencies to looking at timescales and deliveries. I think that many students realise that maths plays a role in space science but they assume that it is some weird abstract stuff that they would not understand. In fact quite a bit of the maths that I use is what I learned at school, for example trigonometry and geometry. It is great to put maths that seemed interesting but rather abstract to a very practical use."

In her school visit Maggie tries to enthuse as wide an audience as possible. "I like to have aspects in my talk that will appeal to girls and aspects that will appeal to ethnic minorities, but the main challenge is trying to get people to realise that science is for everybody. Anyone who's inquisitive is effectively a scientist – you don't have to have a bowtie or mad hair." 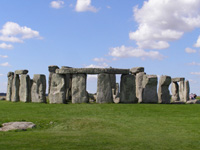 "I also try to show that if you look back in history, all cultures have been interested in astronomy. I talk about Stonehenge in the UK and about a stone circle in southern Egypt – Nabta Playa, one of the oldest stone circles in the world, from about 6000 BC. Both are ancient astronomical constructions, which show that people across the world have looked up at the night sky and wondered what's out there."

What advice does Maggie offer the young scientists she meets on her school visits?

"My advice is to find out what you're really interested in and pursue that, but to be aware of other scientific areas, too. As scientists, we can be very linear, pursuing one course of research in great detail, but by looking around you may find other fields of science that can enhance your research. Some of the greatest insights and the greatest scientific discoveries will be made where the sciences overlap."

Nobody could accuse Maggie of having had a linear career. As a young child, she was captivated by a library book with an astronaut on the front cover and dreamed of being an astronaut too – but her route into space science was anything but direct. 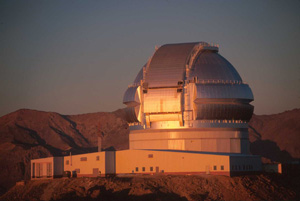 "I suffer from dyslexia, so I wasn't very good at English or history at school, but I did have an aptitude for science. I discovered that I was quite logical, so maths was fun for me too — like solving puzzles. My father was keen on my studying medicine and I found biology absolutely fascinating, but I decided in the end to study physics." As a student in London Maggie built her own telescope and began to specialise in optics. Sponsored by major oil companies, she then did a PhD, developing an optical system for looking at engine oils, to enable lubricants to be tested more effectively and cheaply – a system that is still used commercially, more than 15 years later.

When Maggie entered the job market in 1994 after her PhD, Britain was in the middle of a recession and jobs were hard to find. With some qualms, she took a job at the UK Ministry of Defence. "As a child, I was a pacifist, but my ideas had evolved since then and I had realised that we need some defence. However, during the interview I was told 'we can't tell you what you'll be doing until you sign the Official Secrets Act'. So I turned up knowing that there might be some things I wasn't prepared to do, and that I might have to leave the job before I really started."

As it turned out, Maggie hugely enjoyed her work, developing optical systems that detected missiles, warned the pilot and sent out decoys to prevent the plane being hit. "Most of the work I'd done for my PhD had been lab-based and suddenly I was flying around pointing cameras out of the open door of an aircraft. It was more like being James Bond than a scientist!"

Her next project involved developing hand-held land-mine detectors, which relied on a metal detector, ground-penetrator radar (to trace the rough outline) and nuclear quadropole resonance (to detect explosives). "Land-mine detectors were a very topical subject in the late 1990s because of all the work Princess Diana was doing. For that reason, we got a lot of visits from politicians and I used to try to find interesting ways to tell them about the technology — and that's when I started to think about doing public engagement work."

At that point, though, Maggie's career took another turn. "I'd always wanted to work in space and astronomy and in 1999 a job came up at University College London, managing a project making bHROS, an optical spectrograph for the Gemini Telescope in Chile." In fact, the job turned out to be a lot more than project management.

"I like project management but I really love the hands-on stuff too. At the end of the project, we packed the instrument into 28 boxes and I flew out to Chile myself to construct it at the telescope. Chile is my favourite place on Earth: because it's in the southern hemisphere, you can look up into the night sky, right into the heart of the Milky Way. I stayed out there for about nine months. In the end, my husband had to come out and bring me home!" 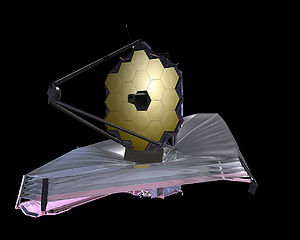 An artist's impression of the James Webb Space Telescope, due to be launched in 2018.

On her return to the UK in 2004, Maggie moved from building instruments for peering into space to building instruments that actually travel into space. As a project manager at Surrey Satellites (now part of Astrium), she was responsible for the development of a spectrographic instrument, one small component of the vast James Webb Space Telescope. A collaboration between NASA, the European Space Agency (ESA) and the Canadian Space Agency, the James Webb Space Telescope will replace the Hubble Space Telescope and is due to be launched in 2018.

"As a child, I wanted to be an astronaut. I haven't succeeded in doing that (yet!) but being a space scientist is the next best thing because I'm building instruments that go into space. When the telescope is launched, it's going to travel a million miles from Earth and look across the Universe, hopefully giving us a new understanding of what's out there. Being part of such an epic project fills me with joy."

Subsequently, Maggie worked for Astrium on several optical instrumentation projects for ESA and NASA and for ground-based telescopes. Her latest project involved detecting carbon dioxide, as part of a large NASA project. "It's quite challenging. We can detect the absorption characteristics of carbon dioxide, but what we really want to do is to localise the emission of carbon dioxide — to find out where it's coming from and how much there is, so that in future people who release carbon dioxide are taxed for it. Doing that from space makes a lot of sense, but you need to develop very high-resolution detectors."

Physics in the news

It was while working for Astrium that Maggie became increasingly involved in science communication. In 2006, with funding from the UK's Science and Technology Facilities Council, she started visiting schools and appearing on television — on a news programme. "I wanted to demonstrate parabolic flight by throwing an apple, but the news crew were a bit perturbed because you don't usually do live demonstrations on the news. In the end, they loved it and I've been asked to do other news programmes since — and I always bring a demonstration if I can." This video shoes Maggie explaining to Newsnight's Jeremy Paxman why the Moon looks blood red during a lunar eclipse.

Maggie describes how a total eclipse of the Sun occurs. Image courtesy of Paul Nathan.

Since the birth of her daughter Laurie, Maggie has been taking a break from space instrumentation, but she's still very involved in science communication. "Four days after Laurie was born, I got an email asking me to make a documentary for the BBC. My husband took time off work to look after her and we travelled the world making a documentary called Do we really need the Moon?. Right now, we're filming a second documentary about why we need satellites, and Laurie's travelling with us."

When Laurie is a bit older Maggie plans to return to space instrumentation, but in the meantime she's hoping to be involved in a project for music and literary festivals, looking at the science in Shakespeare's plays. "For instance, in Romeo and Juliet, Juliet drinks a potion that makes her appear dead. What was the chemical composition of that potion? Does it really exist? Or when Shakespeare's characters navigate by the stars, which constellations were they using? We can use the plays to see how science has evolved since the 17th century."

Clearly, Maggie does not regret her choice of career. "I'm very lucky to have found work I enjoy so much and that is also so varied — not just building equipment that goes into space but also talking about it. I like to pass on my enthusiasm when I can.

Dr Eleanor Hayes is the editor-in-chief of Science in School. She studied zoology at the University of Oxford and completed a PhD in insect ecology. She then spent some time working in university administration before moving to Germany and into science publishing in 2001. In 2005, she moved to the European Molecular Biology Laboratory to launch Science in School.

Interpreting "science" broadly, Science in School covers not only biology, physics and chemistry, but also earth sciences, engineering and medicine. It features news about the latest scientific discoveries, teaching materials and many other useful resources for science teachers. The journal is freely available online, with articles translated into many European languages. The print version (in English) is free within Europe.