Supergravity to the rescue? 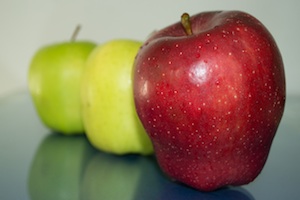 Which theory will bear fruit?

In the corner of the garden between the Centre of Mathematical Sciences and the Isaac Newton Institute in Cambridge, sits a reminder of our ongoing quest to understand gravity: an apple tree that was taken as a cutting from the tree at Newton's birthplace, the tree that is said to have inspired his theory of gravity.

Newton’s theory still serves us very well as an approximation but Einstein extended our understanding of gravity to the cosmological scale with his theory of general relativity. On the scale of our everyday life, Einstein's theories boils down to Newton’s.

But understanding quantum gravity – how gravity works at the smallest scale – still eludes us. "As of today, we don't know what quantum gravity is despite the beautiful theory of general relativity at the classical level and the beautiful theory of quantum theory working for particle physics," says Professor Renata Kallosh from Stanford University. "We don't know how to make the two of them work together."

You can listen to this interview as a podcast!

"During the last twenty-something years everybody, including me, believed that the best candidate for such a unified theory is string theory. It operates in 10 dimensions and tells us that the fundamental particles correspond to vibrations of strings." However, it is difficult to translate the results of string theory into a description of how gravity operates at small scales using the mathematics that describes the quantum world – quantum field theory.

"It doesn't like to go to a simple level of quantum field theory," says Kallosh. "When we tried to make a theory of gravity [at the quantum level] it leads to infinite sequences of very bad terms and we lose any predictive power." The standard model avoids these infinities using a technique called renormalisation, which makes it possible to use this theory of particle physics to make predictions. 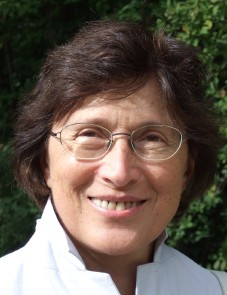 Kallosh was in Cambridge to speak at The state of the universe, a scientific conference celebrating Stephen Hawking's 70th birthday. Her topic was supergravity – a promising candidate for quantum gravity. Supergravity brings together Einstein's theory of general relativity with the concept of supersymmetry, a hypothetical symmetry, not yet seen in the world, which relates every known particle (such as the fermions that make up matter and the force-carrying gauge bosons in the standard model) with some other particle, its superpartner. "So for the boson it is a fermion. For the graviton [the particle that transmits the force of gravity] it is the gravitino."

There are different possible types of supersymmetry, depending on how many superpartners each type of particle has. "You can have N=1 supersymmetry, the simplest type where each particle has just one superpartner, which we are hoping to discover at the LHC," says Kallosh. (You can read more about the hunt for supersymmetry at the LHC in What’s happening at the LHC? ). "But we want to go for as much as the theory allows us, which is N=8."

Until recently it was believed that this maximally symmetric version of supergravity was also plagued by infinities when described in the maths of quantum field theory. "But a few years ago a group of physicists performed an incredible set of computations," says Kallosh. To everyone's surprise they discovered that instead of these bad infinite sequences, at a certain level of approximation the quantum field theory of N=8 supergravity was totally finite (you can read more in this article from the American Physical Society). According to their calculations the coefficients of these bad terms was zero, leaving only finitely many terms in their equations.

"At this level the theory is good," says Kallosh. "And we are trying to understand now if it was accidental or if it will continue like that. If, at higher and higher order approximations, this [finiteness] will persist." Kallosh says that this new result has spurred new interest in the area of supergravity and its potential as a theory of quantum gravity. "There is significant interest just to understand what we have learned. I think during the next [few years] many people, including myself, will try to understand it. Everyone is curious to know what will happen."

Although Hawking himself was too ill to attend his birthday symposium, Kallosh was one of hundreds of theoretical physicists attending the conference to discuss the current status of black hole theory, cosmology and fundamental physics. "It is a beautiful symposium and [Hawking's] intellectual presence is absolutely dominating here, although he isn't here physically – we admire his view of physics. This set of speakers are all deeply related to his ideas and we are very grateful that he was able to bring us together again. I wish him the very, very best."