Guilty until proven innocent: The use of libel laws in science 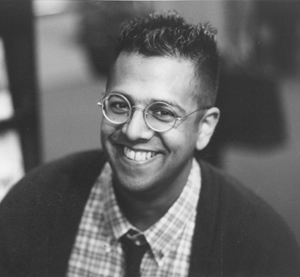 In April 2008 the well-known British science writer Simon Singh published an article in the Guardian, in which he questioned the claims made by some chiropractors that their therapies can cure 95% of all diseases, and pointed to possible risks associated to chiropractic treatments. The article was based on Singh's research for a book he co-authored with Edzart Ernst, a professor of complimentary medicine. The book examines the evidence for complementary practices, including chiropractic therapies. Writing, as he was, on the comments page of the Guardian, Singh stated that the British Chiropractic Association (BCA) was "happily promoting bogus treatments".

In response, the BCA decided to sue Singh for libel, refusing an offer by the Guardian to publish a response to the article. Singh's words may have been harsh, but this reaction is unlikely to boost the BCA's credibility in the eyes of sceptics. If you are confident about the evidence backing your therapies, then why not just have the scientific debate, rather than run to the libel courts?

But whatever you may think about chiropractic therapy, or complementary medicine as a whole, there is a wider issue at stake here. Under English libel law it is possible to effectively reverse the burden of proof: it's the defendant who has to prove that the offending statement was correct, rather than the claimant having to show that it was false and damaging. Coupled with the prohibitively high costs of English libel cases, this means that defendants without the financial power or will to persevere are likely to back down and settle out of court, or not publish the potentially offending piece in the first place. Apply this to science, and you have a means of replacing public scientific debate with bullying tactics.

But Singh is persevering, despite the "disastrous" outcome of a recent preliminary hearing. The judge controversially decided that Singh's statements came across as fact, rather than opinion, even though the article had been published on the Guardian's comments page. Moreover, the judge interpreted Singh's claims as a direct accusation of deliberate dishonesty against the BCA, rather than the milder accusation of delusion and recklessness, which Singh insists is what he had intended. Thus, it's not just a matter of proving to the court that there is a lack of evidence backing chiropractic. Singh will have to prove that what he said he was thinking when writing the article really was what he was thinking — a very strange position to be in.

Singh has received overwhelming support from many quarters. A campaign has been set up by Sense about science in support of Singh and to lobby for a change in the English libel laws. It's been signed by hundreds of people from the world of science and the media, including Martin Rees, President of the Royal Society and Professor of Cosmology, and Ian Stewart, prominent mathematician and science writer. The campaign statement has been sent to the Department for Culture, Media and Sport, No 10 Downing Street, and the Department of Justice, and with every additional 1000 names it will be sent again to the Government.

The case for or against chiropractic will not be solved in a libel case. If anything, turning Singh into a freedom of speech martyr is likely to harm the BCA's reputation further. Ultimately, one would hope that it's scientific debate, held on a level accessible to the public, that is going to swing the vote one way or the other. And it's this public debate that English libel laws are threatening to stifle.

Read more about...
mathematics in the media
editorial
Tweets by plusmathsorg