In a response to a recent think tank study into UK maths education the Guardian's Simon Jenkins tried to mount a case against maths. For a paper like the Guardian this was a surprisingly ill-informed attempt.

"In the age of computers," Jenkins writes, "Maths beyond simple and applied arithmetic is needed only by specialists. Ramming it down pupils' throats in case they may one day need it is like making us all know how to recalibrate a carburettor on the off-chance that we might become racing drivers. Maths is a 'skill to a purpose', and we would should ponder the purpose before overselling the skill." 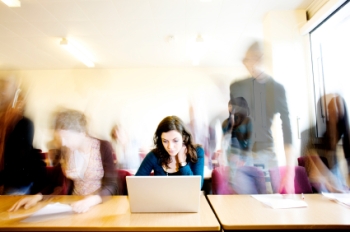 It's hard to know where to start on this one. That maths is essential in the natural sciences is well-known, and most people will be aware that the same goes for the life sciences and medicine — we won't spell out the reasons here, a browse through Plus should be sufficient. Even the social sciences, whose popularity with students Jenkins seems to view as evidence that maths is past it, require some serious statistics. This isn't even mentioning economics, which is heavily mathsy. The maths skills needed in these areas can't just be picked up as you go along. In fact, many universities have had to introduce booster courses to make up for what students should have learnt at school. These courses not only present universities with unnecessary headache and expense, they also eat into the time and energy students should be devoting to their chosen subject.

What's more, the specialists Jenkins points to — let's call them mathematicians — are working in an increasingly wide range of fields. They model cancer growth, population dynamics and climate change, create computer-generated movies, design buildings and restore ancient art. Maths isn't retreating into an ever-more specialised corner, it's branching out. A good grasp of maths can only be beneficial to those working alongside these mathematicians. It's not just a question of leaving the maths to the experts, because collaboration works best both ways — you need to be able to ask the right questions and understand the answers. It's not about teaching how to recalibrate carburettors. It's more like teaching people how to change a wheel. They might never need to, but they never know when they will.

Jenkins points out that the economy has boomed in the two decades during which students have fled from maths. It has done so "on the strength of finance, marketing and design, on service activities that have little mathematical content. If the market is any guide, Britain 'needs' more financiers, consultants, marketers, publicists and lawyers". This is a curious statement indeed. If any area is mathematical, it's finance. As the think tank report put it, this is where the "power maths" is done that drives global financial activities. Financial institutions, as well as business consultancies, snap up people with good analytical skills. Operational research is key to helping businesses function efficiently. As for the service industries, many of these are based on technology, and we don't need to point out the role of maths in that. If the economy has thrived on finance, consultancy and technology, then it has thrived to a large extent on maths.

Maybe some of the confusion arises from a misunderstanding of what is meant by "needing maths later on in life". The standard reply from mathematicians is of course that it's brain training. You might not ever need that particular quadratic equation again, but skills like abstraction, logical thinking and analytical thinking might come in very handy. Jenkins dismisses this as a last ditch attempt by a subject in decline, quoting Lytton Strachey who "pointed out that this argument kept Victorian education immured in the middle ages, teaching classical languages while Germany and America were forging ahead with technology."

But this analogy just won't work: now, as in Victorian times, you don't need to know Latin to get on in life, and Latin doesn't do much for cultural progress. Maths, in contrast, plays an important role in most things we associate with "progress", at least in the material sense. Getting to grips with numbers-based media headlines, or anything to do with risk, requires not just arithmetic, but analytical and logical skills. Brain training, even if it's not directly applicable, isn't, as Jenkins puts it, "on a par with such maxims as 'The shortest route to a boy's brain is through the seat of his pants'". It's about empowering people to make sense of a world that is increasingly technological, evidence based and analytical. And this is besides giving people the opportunity to enter the amazing mental universe that underlies the applications of maths.

But we don't want to overstate the case. It is true that students have been turning away from maths for a while (though numbers are improving) and there's a debate to be had about the way maths is being taught in schools. Regarding it as a skill to a purpose would certainly be wrong. On the contrary, it's the versatility of maths that needs to be stressed. Ironically, Jenkins bases his case against maths on exactly the same prejudices that make it unpopular with students: that it is hard, irrelevant and boring. If Plus wasn't free anyway, we'd send him a subscription.

If you're still not convinced, have a look at some Plus articles:

118118 is a directory enquiries phone number in the UK that has recently expanded to "answer any question you put to us, no matter how big or small."

So, we thought we might test them on some maths. And they did really quite well.

Plus: How many colours do you need to colour a political map of the world so that no two bordering countries are the same colour?

118118: Four colour theorem: any plan separated into regions, the regions may be coloured using 4 colours in such a way that no two adjacent regions receive the same.

Verdict: Pretty good. The four colour theorem states that only four colours are indeed needed. The only trouble is that its "proof" involves zillions of computer calculations that can't be checked by hand, so some people dispute its validity. But proved or not, everyone agrees that it's true. See the Plus article The origins of proof IV: The philosophy of proof.

Plus: Is there a formula for solving quintic equations, like there is for quadratic equations?

118118: There is no formula for general quintic equations over the rationals in terms of radicals. Some can be solved by factorising into radicals. Thank you!

Verdict: Correct. For more on the quintic, see the Plus article The equation that couldn't be solved.

Plus: Is the Mandelbrot set locally connected?

118118: The Mandelbrot set is a set of points in the complex plane. It is a compact set, contained in the closed disk of radius two around the origin. Thanks!

Then we stepped it up a notch and replied when they didn't give an appropriate response....

Plus: Can any even number bigger than two be written as the sum of two primes?

Plus: But that's wrong!

Plus: But that's got nothing to do with the question.

118118: Every even number bigger than two can be written as a sum of two primes.

118118: No charge. Please direct any questions to our customer service department.

Verdict: This was a bit harsh of us. Most people believe that you can indeed write every even number as the sum of two primes, but no-one has proved it. It's one of the biggest open problems in maths and it's known as the Goldbach conjecture. The correct answer should have been "maybe". But then, maybe the 118 118 people aren't quite as nerdy as us.

To finish off, we thought we'd ask 118 118 the most unanswerable question of them all:

Plus: Can science disprove God?

118118: It's a personal decision for you to make. Everything was "created", therefore decide if you believe it was by someone, some being or a metaphysical force.

Read more about...
mathematics education
mathematics in the media
editorial
Tweets by plusmathsorg