Support Plus — make a difference to mathematics

Were you aware that Plus is entirely funded by grants and donations? It is the generosity of our sponsors, individuals and organisations committed to the public understanding of mathematics, that enables us to bring you new stories from the fascinating world of maths every week, and to keep Plus free of charge for all our readers.

Unfortunately, our current core funding runs out in March 2009, and that's why we are launching a fundraising campaign to sustain the future of Plus. If you enjoy Plus, then please consider making a donation via our parent organisation, the Millennium Mathematics Project, based at the University of Cambridge. Your money will go towards the salaries of our editorial team and the technical staff who maintain the Plus website.

We're committed to keeping Plus as it is: interesting, intelligent, fun and free, and one of the only regular popular maths publications on the Web. Every donation, no matter how small, will help us to achieve this aim and make a difference to mathematics as a whole.

Thank you for your support!

Common sense, so dictionaries agree, is sound practical judgment arising from native intelligence. Some aspects of common sense are instinctual and sensory. They prevent us from having to re-learn the effects of gravity every day, and from trying to mate with bicycles. In that sense, animals can be said to have common sense, too. But the more interesting aspects of common sense are unique to humans. They refer to our ability to apply reasonable checks and balances to our fanciful imaginations. Much of our success as a species can be attributed to our ability to agree on a common sense view of the world.

But common sense has little to do with wisdom, let alone truth. Not so long ago, common sense dictated that all but well-born white males needed protection from the effects of education and self-determination. Today, a considerable number of people still find nothing more natural than the idea that homosexuality is unnatural. Common sense is culturally subjective. When touted by politicians and tabloids, to peddle immigration policy, anti-terrorism laws or to stop political correctness from going mad, common sense is rarely more than the glorified status quo, and/or a tacit agreement not to think too hard. People like Joe the plumber make great campaign tools because their disarming ability to spot the obvious and ignore the rest can be re-packaged as common sense and used to sound a populist note. As an argumentative tool, common sense is popular for its emotiveness, but hardly convincing. 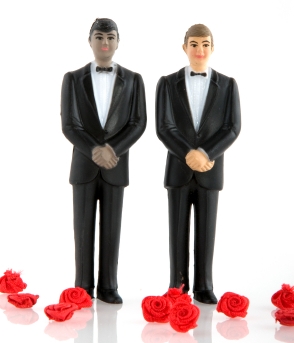 One area that illustrates the limitations of common sense is science. "Sound judgment" of evidence is clearly an important part of scientific thought, but science is essentially iconoclastic. Flat worlds have become round, time relative, and a dice-playing god a matter of accepted scientific fact. There are countless examples of scientific discoveries that fly in the face of common sense. Without the willingness to transcend common sense in the light of new evidence (and sometimes even without it), science would be stuck in the stone age. Unsurprisingly, Einstein had a dim view of common sense, calling it the "set of prejudices we have acquired by age eighteen".

But perhaps we shouldn't make too much of the fact that common sense is irrelevant to theoretical physics. After all we have no direct experience of the very small, the very large, or the very fast. When it comes to plumbing, Joe is much better advised to use a common sense approach to physics — the uncertainty principle doesn't apply to toilets. Mathematics has a more ambivalent, possibly more relevant, relationship with common sense. Mathematics is all about questioning your assumptions, but as an axiomatic system it needs a collection of self-evident truths (axioms) to base itself on. These self-evident truths might include statements like "things that are equal to the same thing are also equal to one another," one of Euclid's common notions postulated around 2300 years ago. Without axioms there is no mathematics, and in this sense mathematics is based on some sort of common sense.

Common sense comes into mathematics in other ways, too. Hardly any mathematical proof published in an academic journal follows stringent axiomatic rules, which dictate that every statement must be derived from a clearly defined set of axioms using only the rules of logic. Mathematicians rely on intuition, assumptions of what's "obvious" or "trivial", sometimes even pictures. In fact, Gödel's incompleteness theorem puts a theoretical limit on what can be proved within an axiomatic system. What's more, mathematicians routinely ignore profound philosophical issues. They happily talk about things they cannot possibly know, like the infinite decimal expansion of Pi in its entirety, and perform leaps of faith, for example when arguing that if premise A leads to a contradiction, then premise not A must be true — what if there's an alternative to A and not A? Mathematics is riddled with philosophical holes patched up by a common sense of what's an acceptable argument. If mathematicians insisted on never, ever using some sort of common intuition, then mathematics, too, would be stuck in the stone age.

So, if common sense enters mathematics, the very study of what's knowable, isn't it legitimate to assume and to occasionally appeal to a wider common human sense, one that is perhaps best left whole and undefined? After all, statements like Euclid's common notion concerning identity are undeniably true to every single human being, even through we can't prove them. But statements such as Euclid's are the bare sediments of a thorough process of scrutiny. Philosophers over the centuries have struggled hard with common sense. After weeding out its not-so-common aspects, they often end up with skeletal statements that have a mathematical ring to their precision. Try, for example, George Edward Moore's "There exists at this time a living human body which is my body". Common sense by definition needs to be self-evident, and self-evident things, by their very nature, are not worth appealing to. Common sense on its own certainly can't sort out complex issues such as immigration.

We clearly do need a common yardstick by which to measure the products of our fanciful imaginations, but that yardstick is about method, rather than content. Working mathematicians use their very own brand of common sense to deal with shaky grounds: scrutinise your argument for hidden assumptions (the bad kind of common sense), identify your explicit assumptions (your mathematical common sense), and be aware of the fact that your argument won't work for those who don't accept those assumptions. If something works in practice, then use it, but remember that unturned stones can hide doors to new worlds. It's about separating what you know from what you believe and making the best of certainties by being aware of their limitations. If common sense tells us anything at all, it's that things are probably more complicated than we think, and that others view the world differently — not attitudes usually taken by self-proclaimed defenders of common sense.