The Further Maths Network has been launched 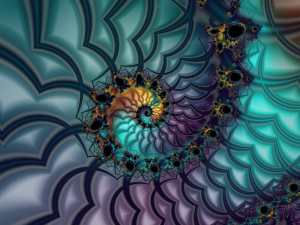 This autumn term sees the launch of several Further Maths Centres around England. These will be part of the Further Maths Network, a DfES funded initiative managed by the MEI (Mathematics in Education and Industry), which will ultimately comprise 40 to 50 such centres around the country. The aim of the initiative is to make the study of Further Maths for AS/A level accessible to all students, even those at schools or colleges that don't currently offer it.

Each centre will provide teaching and tutoring of Further Maths AS/A level, which will take place either at the students' school, or at another nearby teaching venue, such as a university or another participating school. The face-to-face tuition will be supported by a range of web resources and distance learning facilities, creating a framework for "supported self-learning". And to make sure that everybody keeps up, each centre will organise several revision and study days throughout the year.

But the initiative is not only aimed at those schools and colleges that cannot currently offer Further Maths. Even those that do are strongly encouraged to register with the network, as they'll gain free access to the on-line resources as well as study days and other events. The centres are not set up to replace existing Further Maths teaching, but to enhance and support it.

The concept underlying the centres has already been tried and tested in a pilot phase, called Enabling Access to Further Mathematics, which comprised 11 centres. In the last academic year, the number of students studying at these centres totalled over 200, and virtually all of these went on to study for degrees in maths, the sciences or engineering. Feedback from teachers and students was extremely positive. In particular the supported self-learning aspect—which may initially put some people off—proved to have welcome side effects, as it enhanced student's ability to learn independently and brought them in contact with students from other schools. Students' performance in their standard AS/A levels also improved.

But why does the study of Further Maths need to be enhanced? Isn't it just something for real maths nerds, those that go on to become the next generation of research mathematicians? The answer to this is a resounding "No!". The maths that is needed, not only in maths degrees, but also in degrees in economics, engineering and the sciences, often goes beyond what is taught in a standard maths A level. Although Further Maths courses were originally designed just for the brightest, recent reforms have removed the dependency on standard maths, so that it is now possible to study for an AS level in further Maths in year 12, alongside the standard maths AS level. Further Maths is now open to all students who would like to go on to take a degree with high maths content. And those people are in high demand, as both industry and the academic world complain bitterly about the lack of mathematically skilled people. If you can prove that you can do your maths, then your future is bright.

For a list of centres that are up and running, and to find out how your school can participate, go to the Further Maths Network website. And if you're a friend of the Millennium Mathematics Project, of which Plus is a part, you might be interested to know that it is cooperating with MEI to set up the Cambridgeshire centre, due to open in January 2006.