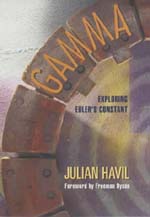 Mohammad M. Akbar is a Research Associate in the Relativity and Gravitation group of the Department of Applied Mathematics and Theoretical Physics, University of Cambridge, where he obtained his Ph.D. His research interests include the physics of black holes and their thermodynamics, classical and quantum cosmology and boundary-value problems of the Einstein field equations and classical solutions of the latter in the presence of matter fields as in various supergravity theories.
Tweets by plusmathsorg