How to advise politicians

Science advisors to government are an embattled lot. Remember the l'Aquila earthquake debacle or David Nutt's stance on drugs that cost him his job. Bridging the gap between politics and science isn't easy. Politicians like clear messages but science, and the reality it tries to describe, is rarely clear-cut. 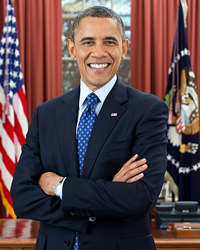 So how do you advise a politician about science, its uncertainties and about risk? What better person to ask than John P. Holdren, Assistant to President Obama for Science and Technology. As he told a packed auditorium at the annual AAAS meeting in Boston, Holdren is actually quite happy with his own boss. Obama, he says, always wants to know the level of confidence scientists have in a specific result. And Holdren's first memo for Obama, which stuck to the traditional two pages, came back with "where's the rest?" scrawled over it. That's reassuring! Anne Glover, Chief Scientific Advisor to the European Commission, on the other hand, has come across leading European politicians who prefer to do without science advisors altogether, since "scientists never agree".

Glover says that it's important to emphasise consent rather than disagreement. Scientists may be unsure or disagree about the details of something, say the exact relationship between CO2 emissions and global climate, but they may be certain about the big picture — that climate change is happening. Holdren points out that it's important to know where uncertainties are coming from — can they be sorted out with a bit more time and effort, or are they down to deeper gaps in or understanding or to processes we just can't pin down with better accuracy. Advisors should make sure uncertainties aren't exaggerated or understated, or simply ignored because they are too difficult to deal with.

Both Glover and Holdren agree that it's important to speak plainly to politicians. Advisors should use examples and visualisations of uncertainties (see this Plus article for some ideas) and when there's a range of possible outcomes of something, say an epidemic, use scenarios to examine the possibilities. Holdren advises to look for a policy that remains robust in the face of all of them. It's important to be prudent, since new evidence may always come along. But when there is a large, coherent and consistent body of evidence, as there is with climate change, it's safe to talk in terms of certainty.