What is the integral of

? If you're up to speed with your calculus, you'll know the answer off by heart. It's 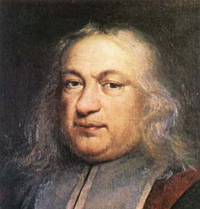 But can you prove that this is true? In this article we'll derive (1) from first principles, using an ingenious method devised by the mathematician Pierre de Fermat in the 17th century. In the second part of this article, we'll examine the surprising fact that, at a symbolic level, the answer to

The integral of x2

Let's start by deriving the integral

by calculating the area under the graph of

without using calculus, that is from first principles. 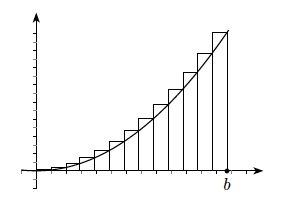 One approach is to use the above diagram, where we have approximated the area between the curve, the

by a sequence of

rectangles. The rectangles are constructed on intervals on the

. The height of each rectangle is the maximum value of the curve on the corresponding interval. In the case of

this maximum value occurs at the right hand end of each interval. For the

and the corresponding value of the function is

The area of the

from below, using rectangles with height equal to the minimum value of the function on the corresponding interval. If we repeat this analysis we have the area as Combining these two estimates for the area under the graph, we have As

The integrals of xk for k>2

It is clear that this method could, in principle, be extended to find

for all positive numbers

. However, the method relies on being able to sum series of the form

. We know how to do this for

, but doing it for

is a different matter. 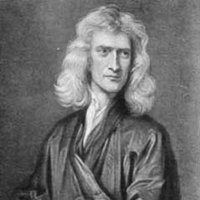 Before Isaac Newton's discovery of the fundamental theorem of calculus, which allows integrals to be evaluated in practice as anti-derivatives, resorting to such sums was the only way to calculate integrals as areas. Newton and Gottfried Wilhelm von Leibniz made very significant advances in the development of calculus as a systematic set of tools. This work began at least with Archimedes and has a continuous history (see reference [2] below). For example, work on the integration of rational functions was collected together by the mathematician G.H. Hardy in 1916 (see reference [3]), but it was only with the advent of computer algebra systems that an algorithm was developed which determined whether an elementary expression could be integrated symbolically at all (see reference [4]).

is any positive rational number. Here we will only consider the case when

. (See reference [1] below for more on this method)

and a positive real number

-axis at points of the form

-coordinate of the right hand end of the

-coordinate of the left hand end of the

. If we subtract the

-coordinates of the ends of rectangles to get the width, we have

. The height of the

. The total area of these rectangles is then

The sum in the right hand side of this expression is a geometric progression, which we can evaluate using the standard formula

The total area is thus If we let

, we have an infinite number of rectangles which together fill the area between

. Using the sum of an infinite geometric progression, we get a total area of 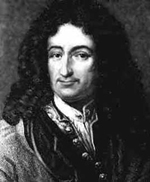 Now notice that the more rectangles we use, the better our approximation of the area under the curve. Letting the widths of all the rectangles tend to zero, and therefore their number to infinity, will give us the area of the curve as a limit. The width of

. (Use the sliders in the figure above to see how the widths of the rectangles change as

tends to 1, and how far to the left the rectangles extend as

gets larger.) Therefore, the area under the curve is equal to

It's not immediately obvious what this limit might be, but we can use a clever trick to find out. Using our geometric progression again, we know that This means that Substituting this into our limit above gives which gives us the integral

If this article has inspired you to do some calculus, here are a couple of problems for you:

[2] C.H. Edwards, The Historical Development of the Calculus, Springer-Verlag, 1979.

[3] G.H. Hardy, The integration of functions of a single variable, Tracts in Mathematics and Mathematical Physics. Cambridge University Press, 1916. 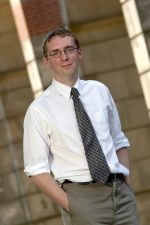