One way of bringing the strange theory of quantum mechanics into line with our experience of the world (see this article) is to assert that the act of measurement — the observation — really does change reality. A particle may not have a well-defined location in space, but when we look for it, it somehow "decides" where it is going to be (in physical jargon this is called wave function collapse because the mathematical object that describes the fuzziness of nature, the wave function, collapses to one point rather than being spread out). This would mean that quantum strangeness is confined to the microscopic world and only happens while we are not looking.

David Wallace and Adrian Kent talk about the role of consciousness in physics.

The question now becomes "who is we?". Does it take a human to make a measurement? Is a dog good enough? Does an apparatus like a particle detector count too? "It was never very popular, but there was a line of thought [physicists such as Eugene Wigner] speculated about, which is that in the end physics is really all about the registration of something in a consciousness," explains Adrian Kent, a theoretical physicist at the University of Cambridge. "That remains a possible answer. There's a worry though: you have two great mysteries, consciousness and the measurement mystery, and you're tempted to throw them together to economise on the number of mysteries. We don't understand either of them any better, but at least we've decided that these two things we don't understand are deeply connected."

If you believe that consciousness is responsible for directing measurement outcomes, then you have to also concede that it is somehow special: that it's fundamentally different from other natural phenomena physics describes. Consciousness does indeed appear a lot more mysterious than other functions that arise in our bodies. "Let's say I had a complete physical description of your brain and give it to a colossally powerful computer," says Kent. "Even if the computer can predict what your brain is going to do, it doesn't seem to give us any insight into your mind, the sensations of colour, emotions, smell, taste. It's not just that it's a really hard calculation to do, it's that we don't have any rules to apply to start [with the physics] and then say 'aha! so this brain has these experiences.'"

The building blocks current physical theory provides just don't seem enough to explain consciousness. "But physicists are naturally ambitious," says Kent. "if there's anything that deserves the name 'natural phenomenon' then consciousness is it. It's the only thing we are really confident about. The goal of physics is to try to produce simpler descriptions of natural phenomena. It seems like a reasonable project for physics to try and say something about consciousness, but nobody has a convincing or compelling idea where to start." And even if consciousness is special, then this doesn't necessarily imply that it can collapse wave functions or explain how it does this. 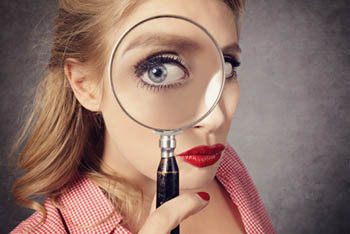 Can only humans collapse the wave function? Or can dogs, cats and snails do it too?

And in any case, most physicists wouldn't agree with the idea that consciousness is something more than the sum of physical parts our brains are a made of. "I think [the idea that consciousness is fundamental and special] is based on the fact that we find it incredibly unintuitive that consciousness could simply be something about the functional organisation of the brain," says David Wallace, a philosopher of physics at the University of Oxford. "But if physics has taught us one thing it's that our intuitions about the world are incredibly inaccurate guides to what's really going on. In my view that route to the observer via the physics of consciousness doesn't make any more sense than having a physics of respiration or a physics of digestion."

If we discard the idea that consciousness plays a special role, we're left with the question of what constitutes an observer — or, to make it sound more neutral — what constitutes a measurement. The answer is perhaps simpler than you might think: a measurement is simply an interaction between the system that's being measured and a measurement device. "For example, an interaction could be: if the particle is on the right, move the pointer on my device to the right and if it's on the left, move the pointer to the left," says Tony Short of the University of Bristol. "You can model this easily in normal quantum theory." (The quote is taken from this article, which explores interpretations of quantum mechanics in more detail.)

When it comes to explaining the measurement mystery of quantum mechanics through wave function collapse the challenge is to come up with models that describe the workings of the collapse — how exactly does it happen and what causes it? If, on the other hand, we don't want to add any extra ingredient to quantum mechanics then there seems to be only one way to go: admit that superposition really does happen in macroscopic world. That's what we'll explore in the next article.

Adrian Kent is Professor of Quantum Physics in the Centre for Quantum Information and Foundations, DAMTP, University of Cambridge. He is currently working on a FQXi funded project developing a formulation of relativistic quantum theory in which simple additional mathematical postulates give us a description of a single real world consistent with cosmological observations and quantum experiments. He co-edited Many Worlds? Everett, Quantum Theory and Reality; one of his contributions to the volume was the question mark in the title.

Marianne Freiberger is Editor of Plus. She interviewed Kent and Wallace at the 5th FQXi International Conference in Canada in August 2016.

This article is partly based on Schrödinger's equation — what does it mean?, first published in 2012.

It is part of our Who's watching? The physics of observers project, run in collaboration with FQXi. Click here to see more articles and videos about questions to do with observers in physics.