In a major and expensive setback for NASA's Mars program, both the Mars Climate Orbiter and Mars Polar Lander spacecraft appear to have been lost.

Soberingly, while the fate of the Mars Polar Lander is unclear, it appears that the Mars Climate Orbiter was lost due to a simple mathematical error.

Launched in December 1998, the Climate Orbiter reached Mars in September 1999. The intention was that it would be moved into a fixed orbit above Mars, to carry out a one-Martian-year observation program (approximately two Earth years). This would provide us with valuable information about cycles of water, carbon dioxide and dust on Mars. 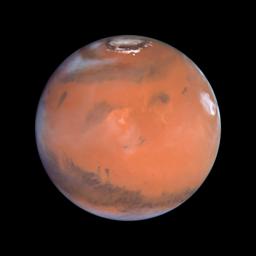 Early in the morning of September 23rd, the Orbiter fired its main engine to commence manoeuvres into the target Martian orbit. All signals from the spacecraft seemed normal, and it passed behind Mars five minutes later. Unfortunately, the spacecraft never reemerged from behind Mars, and was later concluded to have been lost.

NASA immediately established an investigation into the cause of the accident. On September 30th, preliminary findings were released indicating that a simple mathematical error in translating units of measurement was the cause.

The Orbiter project involved a number of different development teams. It was discovered that in a critical piece of ground-based navigation software, one team had used Imperial (or "English") units, e.g. inches, feet and pounds, whereas the other team had used metric (or "SI") units. The software hadn't been told to do any conversions, so used Imperial units as if they were metric and fed them to the Orbiter. Not surprisingly, the Orbiter got its flight trajectory wrong, and probably crashed.

"People sometimes make errors," said Dr. Edward Weiler, NASA's Associate Administrator for Space Science. "The problem here was not the error, it was the failure of NASA's systems engineering, and the checks and balances in our processes to detect the error. That's why we lost the spacecraft."

On November 10th, the Mars Climate Orbiter Failure Board released a detailed report discussing the underlying factors behind the accident. It is continuing to work on a second report, due by Feb. 1, 2000, which will produce recommendations for improving NASA's development processes and thus reducing the likelihood of similar incidents in the future.

The Mars Polar Lander, launched on January 3rd 1999, reached Mars at the beginning of December. On December 3rd, landing procedures commenced to bring the lander down at the Martian North Pole. All appeared to be going well. "It was as smooth and clean a manoeuvre as we've done," said Project Manager Richard Cook of the final trajectory adjustment. "We're a gnat's eyelash away from our target."

The spacecraft was out of contact during landing, as expected, but sadly it never re-established contact with Earth. Eventually, disappointed scientists acknowledged that both the Lander and its piggybacking Deep Space 2 probes had probably been destroyed during the landing attempt.

The surviving Mars Global Surveyor, in orbit around Mars, is examining the landing area for clues. There has been no official announcement yet from NASA about the fate of the Polar Lander, although there has been recent speculation that it may have been destroyed by landing on an unexpectedly steep surface.