Maths in a minute: The d'Hondt method

The European Parliament elections this week once again turn the spotlight on the maths of democracy. The elections use proportional representation: the idea here is that a party that got x% of the vote should get x% of the seats that are up for grabs. 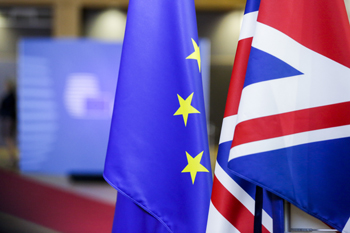 An obvious advantage of proportional representation is that people are better represented than in a winner-takes-all system. But unfortunately, it's not as straightforward as it may seem at first because percentages don't always translate into whole numbers. For example, if there are 600,000 voters in an election for 100 seats and three parties who each got 200,000 votes, then each party should get exactly one third of the seats. Since a third of 100 is 33.33 and politicians can't be carved up that's impossible.

To deal with this problem, we need an extra layer of complexity; a method to translate percentages into seats. One common way, used in the European Parliament elections, is the d'Hondt method. The idea is that one seat should "cost" a certain number of votes. Each party should be able to buy as many seats (from the total number of seats) as its vote money allows, because if a party can't get all it can pay for or gets more than it can pay for, it's not fairly represented. Once each party has bought all the seats it can, no seats should be left over.

Setting the correct price per seat to achieve this seems tricky, but there's an iterative process that delivers the desired result. You start off with giving the party with the largest number of votes one seat. Then, for each party, you work out the number

is the number of votes the party got in total and

for all but the largest party for which it is

). The second seat is given to the party with the highest

You then again work out each party’s

increased as appropriate. The party with the highest

gets the third seat. You then continue in this vein until all seats are gone. See below for an example.

Since proportional representation always involves rounding up or down the number of seats a party should get, no system designed to deliver it is perfect. The d'Hondt system, for example, tends to over-represent the larger parties compared to smaller ones. Which system you choose depends on which of several possible problems you're happiest to live with.

Suppose there are 3 parties (A, B and C) competing for 5 seats, and a total of 60 voters. Suppose the result of the election is as follows:

Party C has the largest number of votes, so it gets one seat to start with. We now have:

This shows that the party with the smallest share of the vote, party B, is under-represented, while party A is over-represented and the representation of party C is just about right.

This is equivalent to "selling" each seat for either 9 or 10 votes. You can check for yourself that selling a seat for any other number of votes would lead to not all five seats being filled, or more than 5 being filled.

"Since a third of 100 is 33.33 and politicians can't be carved up that's impossible."
First part true, second part false.

I liked the article so much that I just ordered one book.