News from the world of maths: Bicycles in London modelling contest run and won 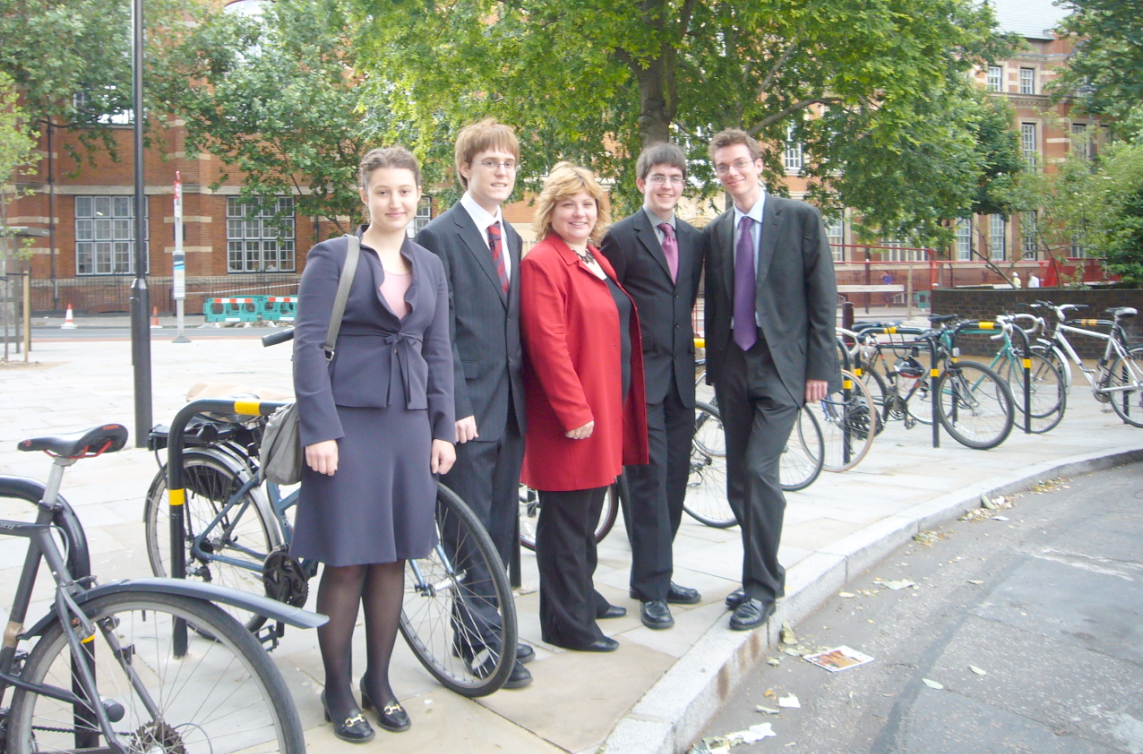 eBourbaki has announced the winners of its 2008 Bicycles in London mathematical modelling competition. The contest took place in early May, and students were asked to model a network of low-cost rental bicycles for the City of London. Students were able to explain mathematically why some schemes in Europe have succeeded while others have failed. For more information on the contest, see our story on the Plus blog

The winning team was presented with a check for £1000 by Emily Thornberry MP, head of the All Party Parliamentary Group on Cycling.

The winning team created two mathematical models. The first described commuter flow based on publicly available data from Transport for London. They recommend that 12 large bicycle stations be placed near rail stations in Central London together with a network of 250 smaller stations distributed throughout the West End, the City of London, and the area in between. The second model focused on the estimated use of a network of 50 stations in the proposed configuration to determine the number of bicycles appropriate for these stations. Ultimately, the team proposed an average of twenty bicycles at a small station.

eBourbaki director Eliana Hechter said, "The winning team created a mathematical model that could serve to help the City of London construct a network of rental bicycles that serves commuters most efficiently. Mathematical modelling is a way of 'testing the system' to be confident that the system, once instituted, will actually work effectively. We hope the City will work with the winners and consider using their programs in the network design."

eBourbaki organizes mathematics modelling contests for students of mathematics, computer science, and engineering around the world to provide solutions to optimization problems, addressing some of today’s greatest public goods issues. The policy implications of this contest are great and the results have been forwarded to Transport for London. The Bicycles in London contest followed the successful Shade in Phoenix contest in conjunction with the City Planning Department of the City of Phoenix, Arizona.

eBourbaki’s next contest will involve predicting the results of the next U.S. presidential election this October. We'd all like to know that result.