What do you think you're worth?

Bonuses are a fact of business life. Last year the Guardian newspaper calculated that the cash rewards paid to London's financial chiefs comfortably outstripped the UK's entire transport budget. With such large sums at stake, envy is bound to raise its ugly head, never a good thing for company morale. So how should you decide who gets how much? Steven J. Brams suggests a method that's not only fair, but also encourages honesty. 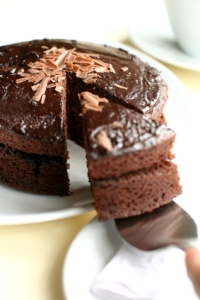 One of the most difficult problems managers face is how to allocate bonuses to members of a team when there is scant information on the contribution of each member to the team's success. We'll look at a procedure whereby the members of a team assess the contributions of everybody, including themselves. It rewards honest self-assessments by motivating members to say what other members think they deserve. Members receive more or less what they request, avoiding disappointment and obviating recriminations.

Imagine that you're a member of a five-person team that has worked hard over the past year on an important project for your company. Management is pleased with the team's effort but is not well-informed about how much each team member contributed to the project's success. Management could, of course, ask the team leader — call him or her L — to assess the contributions of the team members. But there are two problems with this approach:

Assume the following rules are used to allocate the total bonus of a team to each of its members:

A simple example illustrates how this scheme works. The ratings of each team member are given across each row in the table below. Team members have been labelled 1, 2, 3, 4 and 5, with L being given the number 1. The ratings include a self-rating (S) and an average rating (A) by the other team members. The difference, A − S, is shown in the last column. It is positive if a member underestimates — in the eyes of the other members — his or her value to the team and negative if this member overestimates his or her value. 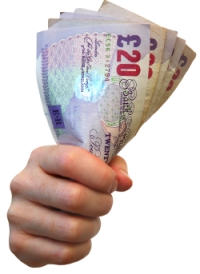 Did you want more?

How do we translate these differences into specific bonuses for each team member? Suppose that management decides that the total bonus for the team will be £500,000, with L to receive £140,000 if his or her difference is 0, which is the case. (If this were not the case, a procedure similar to the one I discuss next for the other team members would be followed.) Thus, L will receive £140,000, with the remainder, £360,000, to be divided among the four other team members according to their differences.

Now if £360,000 is divided equally among all the team members, each would get £90,000. But management wants to add to this amount for good performance and subtract from this amount for bad performance. Suppose it decides to associate the following amounts with each rating:

To summarize, members' bonuses, along with their average ratings by others, their self-ratings, and the differences, are shown in the table below:

It may seem bizarre that members 3 and 4, with higher average ratings than members 2 and 5, each get £20,000 less because they underestimated their worth. But these results show precisely why such an outcome would almost never occur!

If bonuses are allocated as I have illustrated, team members will have an overriding incentive to rate themselves honestly, neither underestimating nor overestimating their worth in the eyes of others. If they underestimate, as did members 3 and 4, they get their low requests. If they overestimate, they get what remains in the pool, which could be very little if their overestimates put them last in line to get a bonus (their bonus could even be zero if the pool is exhausted by this time). 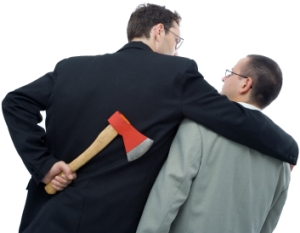 To illustrate, suppose that members 3 and 4 give themselves ratings of 3, downgrading somebody else to keep their sums equal to 15. Then they would both receive bonuses of £90,000, with member 3 still below his or her average rating by others.

Clearly, team members have an incentive to rate themselves as others see them, receiving bonuses commensurate with their self-ratings. In particular, they have no incentive to overestimate their contributions, because they will be the last to be paid out of a pool that that could have been substantially diminished or even exhausted.

I conclude that team members will have a strong incentive to make accurate self-assessments of their contributions to a project. In doing so, they will be motivated to seek the opinions of others, because the average of others' ratings, in comparison to their self-ratings, affects how big their bonuses will be. (The median rating of others could be substituted for the average rating to make the procedure invulnerable to a member who, for strategic reasons, gives a very high or very low rating to another member.) The influence of other members' ratings induces members to be responsible in their self-ratings, attenuating wishful thinking and self-delusion.

Perhaps the greatest advantage of making it rational for team members to align their expectations to those of others is that these expectations will be met. Members will get what they and others think they deserve — neither more nor less — thereby avoiding disappointment and obviating recriminations.

The preceding procedure can be simplified by eliminating self-ratings and allowing members of a team to rate only other members of the team. To illustrate, assume members A, B, and C rate each of the other two members on a 3-point scale (1 = below average, 2 = average; 3 = above average) and must give an average rating of 2 to the other two members. Here is an example:

Thus, A receives the highest average rating of 5/2 = 2.5, C the next-highest of 4/2 = 2, and B the lowest of 3/2 = 1.5 (see the sums in the last column of the above table). This system is honesty-inducing in the sense that no member can help himself or herself by being insincere since his or her ratings of other members have no effect on his or her own rating.

Of course, two (or more) members could agree to collude in rating each other highly, but there is no way this agreement can be enforced if ratings are secret and there are more than a few other members (not just the three in the example). In such a situation, the outcome would not be able to pinpoint any member as the one who broke an agreement. By contrast, with only three members, giving somebody a worse rating than agreed to could, when the results are announced, reveal a double-cross.

Steven J. Brams is Professor of Politics at New York University. He is the author or co-author of 14 books that involve applications of game theory and social choice theory to voting and elections, bargaining and fairness, international relations, and the Bible and theology. His most recent books are Mathematics and Democracy: Designing better Voting and Fair-Division Procedures, The Win-Win Solution (with Alan D Taylor) and Fair Division: From Cake-Cutting to Dispute Resolution. He is a Fellow of the American Association for the Advancement of Science, the Public Choice Society, a Guggenheim Fellow, and was a Russell Sage Foundation Visiting Scholar and a President of the the Peace Science Society (International) and the Public Choice Society.