Outer space: How to rig an election

You will be surprised how often you are engaged in voting. What film shall we go to see? What TV channel shall be watch? Where shall we go on holiday? What's the best make of fridge to buy? If you enter into discussion with others about questions which have different possible answers then you are really engaged in casting a "vote" — your preference — and the successful candidate is the choice that is finally made. These decisions are not reached by all parties casting a vote. The process is usually much more haphazard. Someone suggests we rent a video. Then someone suggests another because it is newer. Then someone says the newer one is too violent and we should pick a third one. Someone turns out to have seen that one already so it's back to the first choice. Someone realises it's boring for children so they suggest another. People are feeling weary by now and so agree on that proposal. 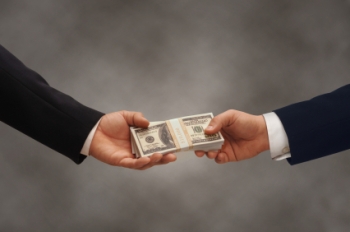 Want to rig an election? No need for dishonesty if you choose the right voting system.

What is happening here is interesting. One possibility is being considered against another one, and this process is repeated. You never consider all the attributes of all the possible films and vote on them as a whole. The outcome of the deliberations therefore depends very strongly on the order in which you consider one film versus another. Change the order in which you consider the films and the attributes you use for comparing them and you can end up with a very different winner.

It's just the same with elections. Suppose you have 30 people who have to choose a leader from 8 possible candidates: Ali, Bill, Cath, Dave, Edith, Fred, Gill, and Hal. The "voters" divide up into three groups who decide on the following orderings of their preferences amongst the candidates:

At first glance it looks as if Cath is the preferred candidate overall, taking 1st, 2nd and 3rd places in the three ranking lists. But Hal's mother is very keen for Hal to get the leader's job and comes to ask if we can make sure that Hal wins the vote. It looks hopeless as he is last, second from last, and third from last on the preference lists. There appears to be no chance of Hal being elected as leader. We make clear to his mother that everything must follow the rules and no dishonesty is allowed. So, the challenge is to find a voting system that makes Hal the winner. Here is what she suggested.

What was the trick? Simply make sure the stronger candidates eliminate each other one by one in the early stages and only introduce your "protected" candidate at the last moment, ensuring that they are compared with the only other candidate they can beat. So, a British male tennis player can win Wimbledon after all.

Did you manage to answer the puzzle posed in Outer space: Blowin' in the wind? If not, you can find the answer here!