Professor John Griggs Thompson, of Cambridge and Florida Universities, and Professor Jacques Tits, of the Collège de France, have been awarded the 2008 Abel Prize, worth £580,000, by the Norwegian Academy of Science and Letters "for their profound achievements in algebra and in particular for shaping modern group theory". 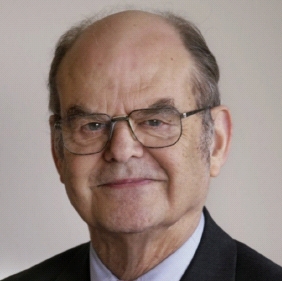 Collections of objects that behave in this way (and obey a couple of other rules) are what mathematicians call groups. In general, a symmetry is a transformation that leaves certain aspects of a mathematical object unchanged. Symmetries don't just arise in geometry: equations, functions, even the laws of Nature can exhibit symmetries, so groups arise in a wide range of contexts. As abstract objects, groups are simply collections of "things" that interact in a certain way and obey certain rules. Two groups arising from different mathematical objects can be the same if these "things" — the symmetries — interact in exactly the same way.

Once you've established the existence of groups, there's a natural question to ask: how many different types of groups are there and what are they like? If you allow your groups to contain infinitely many symmetries, as happens with the symmetry group of a circle which can be rotated or reflected through infinitely many angles and axes, this questions shoots way beyond reach. But even if you restrict yourself only to finite groups, the answer is far from obvious. It is in this area that Thompson and Tits made their contributions.

The two mathematicians' work was essential in the understanding of the fundamental building blocks of finite groups. Just as any whole number can be expressed as a product of prime numbers — for example 4 = 2 × 2 and 15 = 3 × 5 — so can any finite group be built from a number of smaller groups. The groups that can't be split up any further are the "primes" or "atoms" of group theory. They are known as finite simple groups. 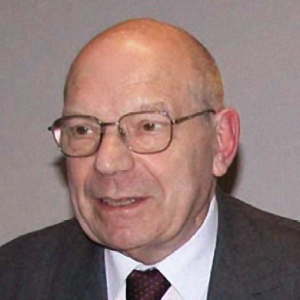 Their seminal paper called "Solvability of Groups of Odd Order", at 250 pages, was probably one of the longest mathematics paper in history. It was rejected by many prestigious journals, but, fortunately for modern mathematics, was finally accepted by the Pacific Journal of Mathematics which dedicated a whole issue to it.

Thompson and Feit's results stunned the world of mathematics and kicked into action a frenzied period of activity with mathematicians scrambling to classify all finite simple groups. They found that most of them belong to one of a number of standard families. There are a few odd balls though, 26 to be exact, that don't fit the standard patterns, and these became known as the sporadic groups. Thompson played a key part in finding these sporadics and also helped to prove that there are no more than 26.

Tits's work complemented that of Thomson, creating a new and highly influential vision of groups as geometric objects. This isn't an easy task: the biggest sporadic group, known as the Monster, contains

symmetries that correspond to a geometric shape living in 196,884-dimensional space. Tits's geometric approach was essential to the understanding of sporadic groups.

Fantastic though it may seem at times, this area of group theory is not just brain-training for idle mathematicians. Knowledge of an object's symmetries can help you reconstruct it even from incomplete data, so there are a number of real-life applications. One such application concerns problems in coding, where data which has been encoded digitally can be scanned and checked for errors by analysing aspects of its symmetry. In particular, it has been used in checking the integrity of data beamed down from outer space.

Neither is the dimensional aspect always as crazy as it seems. The number of dimensions of a system or object encodes how many bits of information you need to describe it, so there are many real-life systems that exhibit more than the familiar three dimensions. The genius of mathematicians lies in their ability to understand these complex situations even though they can't visualise them.

Professor Marcus du Sautoy, Plus author, group theorist at the University of Oxford and author of a number of popular maths books, presented the prizes on behalf of the Norwegian Academy. He said "This award is a celebration of the many people who have contributed to [the classification of finite simple groups]. Thompson and Tits are key figures in a very creative period in mathematics and without their contributions, this work would neither have begun nor been finished."

This article is based on a press release from the London Mathematical Society.