The international year of astronomy 2009 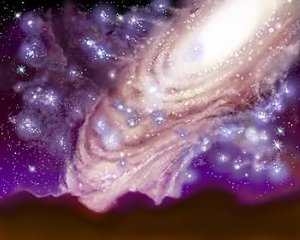 In May 1609 Galileo Galilei received reports of "a spyglass by means of which visible objects, though very distant from the eye of the observer, were distinctly seen as if nearby." Intrigued, he set about building his own version of this curious device, and he succeeded: by the end of the year he had discovered mountains on the Moon, the moons of Jupiter and the make-up of the Milky Way. His observations revolutionised our understanding of the Universe, and his use of the telescope marked the birth of modern astronomy &mdash which celebrates its 400th anniversary this year.

Such an important birthday calls for a party, and the International Astronomical Union has joined forces with UNESCO to give us just that. The International Year of Astronomy 2009 (IYA2009) is a global celebration of astronomy and its contributions to society and culture. Over 140 countries are expected to join in a year of regional, national and international activities, designed to give people from all over the world the chance to get involved with this fascinating science and experience the wonders of the night sky. Plus will also join in the celebrations later this year, giving you the chance to ask world-leading astronomers the questions you've always wanted to ask about the Universe.

Getting people involved is indeed the main aim of IYA2009. UK activities include a Moonwatch programme, a great telescope give-away for schools, and thousands of local events, including a birthday party for Galileo and Copernicus, art exhibitions, lectures, and chances to learn all about stargazing. On the global scale, the From Earth to the Universe project aims to bring breathtaking astronomical images to public spaces all over the world, while the Galileoscope will bring astronomy to the masses by means of a cheap do-it-yourself telescope. Professional astronomers will blog about their lives and work in the a cosmic diary, while another web-based project, She is an astronomer, will focus on female scientists in the field. There will also be live webcasts from research observatories, an astronomical social networking site, an international teacher training programme, and a campaign to preserve the darkness of the night sky. To find out about international activities, visit the global IYA2009 site, and to see what's on in your corner of the world, find your country's IYA2009 website and browse the events calendar.

Our very own contribution to IYA2009 will begin next month, when we'll bring you Seven Things Everyone Wants to Know About the Universe, a project kindly supported by the Royal Astronomical Society. Every month through to December, we'll give you the chance to nominate your most burning questions about the Universe, and then put the winning entries to world-class astronomers at the University of Cambridge. The answers will be published here in Plus, and you'll get a chance to discuss them on our blog. Whether you're interested in sunspots, aliens, or the size of the Universe, make a note of your question now and watch this space for more information.

The organisers of organisers of IYA2009 hope that its activities will not only nurture interest in astronomy, but in science as a whole, and that its universal nature will unite people from around the world. "People have always looked to the sky for answers to the questions 'How did we get here?' and 'Why are we here?'," said Kohïro Matsuura, Director-General of UNESCO, at the opening ceremony. "The sky belongs to everybody. Astronomy is an instrument to promote peace and understanding among nations and as such is at the heart of UNESCO's mission. We will encourage citizens of the world, especially young people, to learn more about the Universe in which we live and to explore the links that astronomy provides between the scientific and cultural spheres."

News came in last week that scientists in Florence have applied for permission to exhume Galileo's body, in order to examine his DNA. They are hoping to find out if and how his bad eye sight affected his observations, and who the woman buried alongside him was. You can find out more in this article in the Guardian.