Consumers, financial institutions, and most importantly regulators did not understand the risks being taken in the financial markets. That was one of the main causes of the current financial crisis according to the Government white paper, Reforming the financial markets, released last week. It is clear to all players in the financial market that they need to make more accurate assessments of the risks they and others are taking. But will they be able to take the more scientific approach needed for a deeper understanding of financial risks, when they were so easily bewitched by unproven claims that you can turn financial lead into gold?

Rather than being seen as helping the market understand risk, mathematics has been identified as part of the problem, with Lord Turner's review of financial regulation blaming a "misplaced reliance on sophisticated mathematics". Is this justified? Chris Rogers from the University of Cambridge, sums up the view of many academics working in financial maths: "the problem is not that mathematics was used by the banking industry, the problem was that it was abused by the banking industry". However, mathematicians have been part of the industry, and so must have been part of the problem. But how much responsibility do they bear? 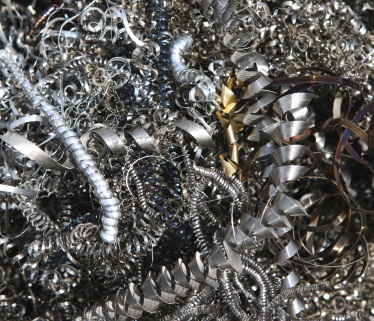 To understand the role of maths in the credit crunch you need to have an idea of what was going on. The root of the current crisis goes back to recovery from the Great Depression. The US Government wanted to encourage private home ownership and created a system where mortgages were fixed-rate, long-term contracts with no early redemption penalties on the borrower. This led to the lenders carrying a risk; if the interest rates went up, they lost out, while if the interest rates went down, the borrowers would cancel their existing agreements and take out new loans at the lower rate, and the lenders lost out.

The solution, developed in the 1970s, was for the lenders to sell the loans on for a fixed price (removing the uncertainty) to investment banks, who repackaged them as mortgage backed securities and, in turn, sold them on to investors. Essentially the investment banks were acting as scrap metal dealers, collecting scrap and separating out the high, medium and low value material. The idea was that pension funds would pay a good price for the high value stuff and speculative investors would pay a low price for the risky assets. This business model appeared to be so successful, transferring risks around the markets, that mortgage backed securities evolved into securites backed by any asset. These Asset Backed Securities (or ABS), such as the now infamous Collatorallised Debt Obligations, could be based on almost any cashflow including credit card payments, personal loans, and even royalty payments.

The problem for the investment banks was the fundamental problem in finance: how do you price these assets? A market only really works where there are many sellers and buyers trading in identical assets, but each ABS is unique, and so they did not really have a market price. To get around this problem, the banks resorted to mathematics and priced the ABSs using models.

Pricing an ABS is an interesting problem. We have a collection of thousands of loans, each generating a different cashflow and each can default, randomly. As a first guess, a mathematician might identify the key issues as the probability of default of an individual loan, the correlation of defaults between loans, and, how homogeneous the collection of loans was. Given half a chance most scientists involved with ABSs would have gone on to develop sophisticated models to price the products.

This is not what happened. Generally, the pricing models were characterised by specifying a single, constant, default probability for all loans and a single correlation between default probabilities. The banks were under-pricing the risk, but why did they do this?

A well respected academic, in a submission to the Science Minister, Lord Drayson, explained that, for complex financial products, "investors will not buy a product if they are uncertain of the risks involved". Therefore, although banks have an incentive to provide such information to buyers, it is also in the banks interest to show a pricing model that makes their product appealing. "Telling investors that there are other models that could be used and they all give different answers is bad news for sellers since they do not remove the uncertainty in the minds of investors. Therefore, there was an incentive for the banks to suppress anything beyond one apparently 'good' model."

Like one of Sir Alan's naive apprentices, the banks pursued turnover because their models told them the business was highly profitable. As Rogers remarks: "[they built] models which fitted the market prices. Now if the market prices were way out of line, the calibrated models would just faithfully reproduce those whacky values and the bad prices get reinforced by an overlay of scientific respectability! The standard models, which were used for a long time before being rightfully discredited by academics and the more thoughtful practitioners, were, from the start, a complete fudge; so you had garbage prices being underpinned by garbage modelling."

Rogers then explains how competition between institutions pushed prices down further. Consequently, the institutions did not have enough reserves to cover their liabilities. The first consequence of this was the liquidity crisis in 2007 that led to the failure of Northern Rock, but fundamentally, the banks were insolvent, their liabilities exceeded their assets, and the government had to nationalise them.

Developing a sophisticated model was not going to deliver a clear-cut price. The banks were not so interested in understanding the nature of the products they were developing, but rather they wanted to present the image of precision and accuracy that simple models gave them. It was a fundamentally unscientific approach. Should the mathematicians, physicists and engineers working in the banks have intervened? This is easier said than done, not least because they would have to bridge the gap in understanding between what Lord Turner would describe as "sophisticated maths" and the mathematics of the quickest profit.

This aversion to adopting a scientific approach permeates the industry in the UK; the Treasury is the only UK Department of State that does not have a Senior Scientific Advisor. This approach is not sustainable. If the UK financial services industry does not innovate, it will die. To be successful, innovation has to be based on a scientific approach, not on a belief in bankers as alchemists, who have a magical ability to transform base metals into gold.