Pi not a piece of cake

Ever since the Egyptians' first attempts to calculate

over two millennia ago, the number has been a constant in the minds of mathematicians. Whether calculating it to billions of decimal places, being mystified by its surprising appearance in areas such as statistics and number theory, or deriving new formulae to describe it, they have struggled to understand the nature of the oldest known "hard" number.

was proved to be irrational in 1761 and transcendental in 1882 - have a look at this issue's Mystery Mix for more Transcendental meditations. But a tantalising question remains unanswered: are the digits of

random? After hitting their heads against the random brick wall of

for centuries, mathematicians may finally be getting somewhere. The first major breakthrough came in 1996 when David Bailey, Peter Borwein and Simon Plouffe discovered an amazing new formula:

This work was exciting not just because the formula was new, but also because it enabled easy calculation of any isolated hexadecimal or binary digit of

, without the need to calculate any of the preceding digits. They had impressively achieved what was previously thought impossible. 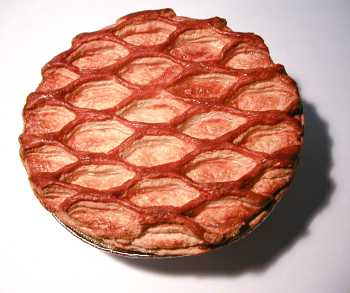 While the result did not allow such calculation of the the more familiar decimal digits, it did seem like added evidence that the digits of

are random. " If you can stick your hand down into the digits that way, then it's strong evidence that the numbers are independent," said Borwein.

For the digits of

as any other sequence of the same length - a property called normality.

certainly seems to behave this way, at least for the first 10 billion decimal digits that had been calculated. So far the known digits of

have passed every statistical test for normality, and indeed randomness.

However, normality is extremely hard to prove. In fact, although mathematicians believe that many mathematical constants are normal -

- they have so far not been able to prove it for any of them. Instead, Bailey and another colleague, Richard Crandell, were unexpectedly able to link normality to the seemingly unrelated field of chaotic dynamical systems. " I’m not aware of any other link between chaos theory and number theory," said Bailey. " One field arises from computational physics, and the other is the purest of pure mathematics."

In what they call Hypothesis A, the mathematicians have proved that if sequences of numbers arising from the digits of

"dance uniformly between 0 and 1", then

is normal. And not just

, but any number satisfying this condition. "These constant formulas give rise to sequences that we conjecture are uniformly distributed between 0 and 1 - and if so, the constants are normal," said Bailey. "What we have done is translate a heretofore unapproachable problem, namely the normality of

and other constants, to a more tractable question in the field of chaotic processes." 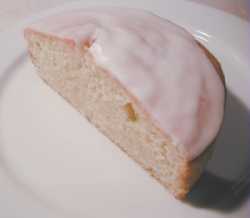 In response many mathematicians, although acknowledging the theoretical value of Hypothesis A, felt that it was going to be very hard indeed to ever prove that

would satisfy the chaotic condition. However, Borwein and Crandell had other ideas.

They have just proved that the members of a huge infinite class of constants are normal. They are now looking to tackle the elusive randomness of

itself. So it might just be a matter of time before Bailey and his fellow mathematicians have their

and eat it too.

at the Search Pi website. Plus was pleased to find that we occurred at the 57,500,876th binary digit of