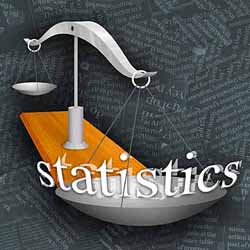 Regular Plus readers will remember our analysis of the flawed statistical evidence presented at the trial of Sally Clark for murder.

Clark - whose conviction was recently overturned - was originally convicted on the basis of medical evidence now recognised to be flawed, and a statistical statement made by a well-respected paediatrician. According to that statement, double cot deaths in similarly affluent, non-smoking families to the Clarks are so rare that they could be expected to happen in the UK only once in a century.

This statement is terribly wrong. The crucial mistake made by the paediatrician Sir Roy Meadow was to assume that cot deaths in the same family were independent events. This is a mistake that would have been picked up very easily if anyone in the courtroom had had a sound understanding of statistics. Unfortunately, Clark's defence counsel's - desperately inadequate - response was along the lines of "lies, damned lies, and statistics", and the judge was so impressed by the bogus statistic that he actually directed the jury's attention to it in his summing up.

It is tempting to assume that this was due to a lack of numeracy, and to berate our educational system for yet another failure. But in fact statistics is a specialised and often highly counter-intuitive discipline. We would not accept medical evidence from a statistician. But, somehow, a paediatrician felt qualified to give statistical evidence, and was not challenged when he did so.

Some statisticians think so. The President of the Royal Statistical Society has called for statistical evidence to be treated on the same footing as other expert witness evidence, rather than simply as a matter of common sense and basic scientific training. (You can read more about the RSS's concerns in the press statement they released after Sally Clark's first trial.)

We need our courts to take more care with numbers. Defendants deserve it, and justice demands it.

Letter from a mathematician

Plus reader Hassan Azad is a Professor of Mathematics at the King Fahd University in Dhahran, Saudi Arabia. He has asked us to reprint a letter he wrote his students, explaining the joys of being a mathematician. We think the points he makes have wide relevance.

Most of you have joined this university with clear ideas about a profession in engineering or business. I have been teaching mathematics here since 1996 and have experienced that in a class of forty, there is at least one student who has obvious mathematical talents. For such students, adopting mathematics as a profession would be more rewarding than a career in engineering or business. After talking with such students, I found that the reasons why such mathematically talented students do not opt for mathematics are based basically on two gross misconceptions about mathematics. Namely, that

Nothing could be further from the truth. While teaching is an essential profession and very rewarding for a large majority, there are many other avenues open to mathematicians.

I can very well see why you think mathematics is a dead subject. Every year, Nobel prizes are given in chemistry, physics and so on for progress in these fields and the Nobel laureates are very much visible to you through newspapers and television. The absence of a Nobel prize for mathematics no doubt reinforces in your minds the impression that, perhaps, mathematics is after all a second rate subject. Why there is no Nobel prize in mathematics is a very good question and you will find detailed discussions and answers on the Internet. It seems that Alfred Nobel had more or less the same ideas about the importance of mathematics as you do, just as Thomas Alva Edison had a low opinion about theoretical aspects of basic sciences. The good news for mathematics is that in the very near future a yearly prize - the Abel Prize - named after the famed Norwegian mathematician Niels Henrik Abel, will be given for discoveries in Mathematics and it will be as prestigious, rewarding and visible as the Nobel prize. Thus a gross injustice to the visibility of mathematics in the public domain will soon be undone. 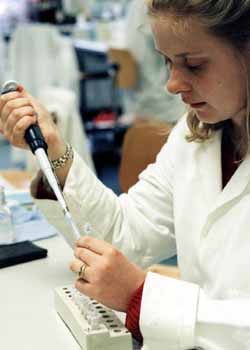 "you see them working in their laboratories"

While you may have a clear idea of what a physicist or a chemist does - because you see them working in their laboratories - you may not have a very clear picture of what a professional mathematician does to discover something new. Well, the laboratory of a mathematician is the laboratory of ideas which are handed down through generations of mathematicians. The usual task of a mathematician is to combine these ideas to form new ideas, to link hitherto unrelated mathematical ideas and, of course, to have original ideas. All of this demands extreme hard work and patience but if you are mathematically talented, you will certainly have a couple of good original ideas and these ideas would be enough to earn you a respectable place in the comity of mathematicians.

Just as most of you learn to appreciate language and can recognise beautiful phrases and ideas, a trained mathematician also learns to recognise beauty in mathematics and to sift good ideas and he is guided in his researches by such largely aesthetic criteria. The joy of discovering a truly fruitful idea is something that can only be experienced; it cannot be described in words.

Mathematicians, by training and inclination, are always toying with ideas and are great problem solvers. They are also trained to absorb, condense and present logically vast amounts of information. For this reason, it is no surprise that they are in great demand in a surprisingly wide range of jobs - in development, designing and research wings of aircraft and automobile industries, as software developers for major computer companies, in financial institutions, in insurance companies and even in law firms - apart from their traditional employment in research institutes devoted to mathematics and physics. The Microsoft corporation is so impressed with mathematicians and their way of thinking that it has established its very own research institute for mathematics.

As regards the relevance to everyday life of what you will study in advanced mathematics, the truth is that mathematics is ahead of applications by about a hundred years - sometimes much more - as in the case of study of conic sections by Greeks and their applications to the motion of planets and satellites almost two thousand years later. However, this gap seems to be rapidly decreasing now - as in the case of fractals and wavelets.

I hope that these lines have helped to correct your impressions about mathematics and that they will help you in making informed decisions about your careers.