Quantum mechanics has had an enormous impact on our everyday lives. It is crucial to understanding how many devices work: the transistors in our radios, the lasers in our CD players, the microchips in our computers. 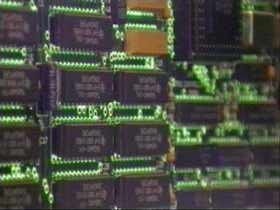 Figure 1: Quantum mechanics has enabled us to design better and better semiconductors.

Quantum mechanics is the physics of the extremely small, far far smaller than most of us are used to. For example it describes atoms, which are some 10 million times smaller than a grain of sand. In an atom, electrons move around a central nucleus, rather like the planets orbiting round the sun in our solar system. But the quantum mechanics that we need for an extremely small system such as an atom is different from the classical mechanics invented in the 17th century by the Cambridge mathematician and scientist Sir Isaac Newton to describe the solar system.

It is easy to get used to classical mechanics, because it describes the familiar motion of things we can see around us, but quantum mechanics is very different. Everybody finds it very strange at first. Because it is outside our ordinary experience, we need a special language to talk about it, and that language is mathematics. Mathematics is essential to set up the theory and to work out its surprising and subtle consequences. Among these are that nothing is ever certain in the quantum world, and all particles behave like waves.

The solar system is held together by gravitational forces. For the electrons in an atom the forces are electrical rather than gravitational - the electrons and the nucleus are electrically charged. But if the electrons are in orbit round the nucleus, just as the planets are in orbit round the sun, there is a serious difficulty: particles that move in orbits are continually changing their direction of motion, and when this happens to a charged particle it radiates energy - this is the basic principle of radio transmission.

Figure 2: Classical picture of electrons in orbit round the nucleus of an atom.

So with classical physics the electron would continuously lose energy and it would spiral into the nucleus - the atom would collapse. The reason that this does not happen was explained by a model of the atom devised in 1913 by the Danish physicist Niels Bohr. He realised that very small systems, such as atoms, do not obey classical mechanics. In his new quantum mechanics only certain discrete values of the energy are allowed. When the electron is in its lowest allowed energy level, it cannot radiate any more energy, and so the collapse of the atom is not possible.

Bohr's version of quantum mechanics contained the first hint that electrons, although they are particles, are wave-like. This was made explicit in 1926 by the Austrian physicist Erwin Schrödinger, whose equation we still use today as the starting point of most calculations.

At the same time, Werner Heisenberg in Germany invented a formulation of quantum mechanics that seemed to be very different from Schrödinger's: it involved matrices rather than waves. Soon after, Paul Dirac, a Nobel prizewinner and occupier of the same professorship once held by Newton in Cambridge, showed that Heisenberg's theory could be cast into Schrödinger's form by a clever mathematical transformation. So people began to believe that they understood the mathematical structure of the theory, but its peculiar consequences continue to puzzle and fascinate us to this day.

Light has a dual nature: sometimes it seems particle-like and sometimes wave-like. But it turns out that this is also true of electrons and all other particles. If a beam of electrons is passed through a crystal, it is diffracted, a phenomenom usually associated with the wave-like behaviour of light.

When a fluorescent screen is placed behind the crystal, a diffraction pattern appears on the screen. The regularly spaced atoms in the crystal cause the diffraction. The pattern can be explained by associating with the electrons a wave of wavelength lambda, which changes with the momentum p of the electrons according to a relation discovered by the French physicist Louis de Broglie.

This is just the same relation as applies to photons, the "particles" of light. Indeed, quantum mechanics associates a wave with any type of particle, and the de Broglie relation is universal. 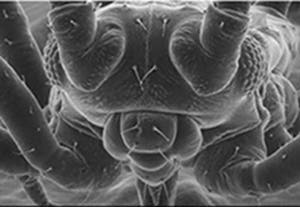 Figure 3: Electron microscope picture of a fly. The resolving power of an optical lens depends on the wavelength of the light used. An electron-microscope exploits the wave-like properties of particles to reveal details that would be impossible to see with visible light.
Source: LEO Electron Microscopy Ltd, Image of a fly.

Light waves or electromagnetic waves are streams of photons. The number of them is proportional to the intensity of the light.

Figure 4: In a diffraction experiment light is shone through a pair of slits onto a screen giving an interference pattern. (See "Light's identity crisis" elsewhere in this issue).

It is possible to make the intensity so low that during a diffraction experiment only one photon arrives at the slits and passes through to the screen. (Similarly, we may allow just one electron to pass through the crystal.)

In these cases we cannot calculate with certainty the angle theta through which the particle is diffracted. However, if the experiment is repeated many times, we find a probability distribution for theta that has the same shape as the variation of intensity with theta in an experiment where there is a continuous beam of particles.

This suggests that the association of a quantum-mechanical wave with a photon, or with any other kind of particle, is somehow statistical. According to quantum theory one can never predict with certainty what the result of a particular experiment will be: the best that can be done is to calculate the probability that the experiment will have a given result, or one can calculate the average result if the experiment is repeated many times.

While in the case of photons the waves have a direct physical interpretation as electromagnetic field oscillations, for other particles they are much more abstract - purely mathematical constructs which are used to calculate probability distributions.

The "wave function" that describes an electron, say, varies with position r and time t and is usually written as follows:

It satisfies the differential equation which was first written down by Schrödinger. He could not prove that his equation is correct, though he was led to it through a plausibility argument from the various known facts about the wave nature of matter. The "proof" of the equation lies in its having been applied, successfully, to a very large number of physical problems.

When Schrödinger's equation is solved for an electron in orbit round an atomic nucleus, it correctly leads to discrete energy levels. It is possible to do this calculation without understanding what the physical meaning of the wave function Psi is. Indeed, it was only some time later that Bohr suggested the correct physical interpretation: if a measurement is made of the position of the electron at time t, the probability that it is found to be within an infinitesimal neighbourhood of r, which mathematicians write as d3r, is:

This is the best information that quantum mechanics can give: if the measurement is repeated many times, a different result is obtained each time, and the only thing that can be predicted is the probability distribution. This basic indeterminacy has fascinated philosophers over the years, but most physicists have got used to it.

This account is based on the book Essential quantum physics by P V Landshoff, A J F Metherell and G W Rees, published by Cambridge University Press in 1997. You can see more of the book from: Essential Quantum Physics.