A Schock Prize for an enormous theorem

The Rolf Schock Prize in Mathematics 2011 has this week been awarded to Michael Aschbacher "for his fundamental contributions to one of the largest mathematical projects ever, the classification of finite simple groups". 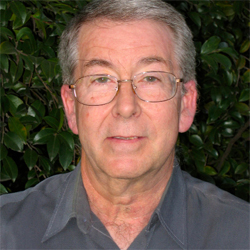 Finite simple groups are the basic building blocks of the mathematical description of symmetry. At over 10,000 pages, spread across 500 or so journal articles, by over 100 different authors from around the world, the proof of the classification was without precedent, and must be counted the longest in history. You can find out more in the Plus article An enormous theorem.

Michael Aschbacher is the Shaler Arthur Hanisch Professor of Mathematics at the California Institute of Technology. He has made fundamental contributions to group theory, especially regarding the classification of finite simple groups. He was awarded the Cole Prize by the American Mathematical Society in 1980, and became a member of the United States National Academy of Sciences in 1990.