Zoheir Barka and the Plus team Share this page 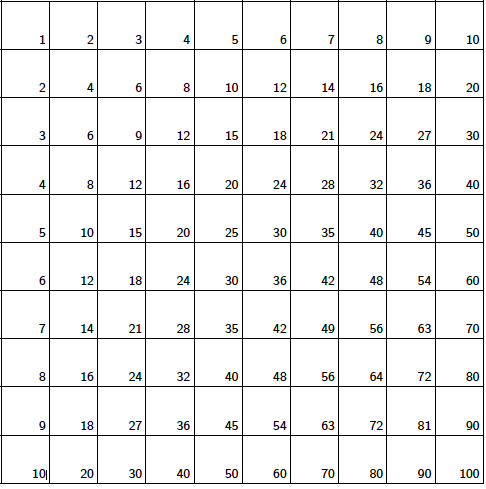 We will add a row of 0s at the top and a column of 0s on the left. This still gives a consistent table and provides a nice frame for our patterns. 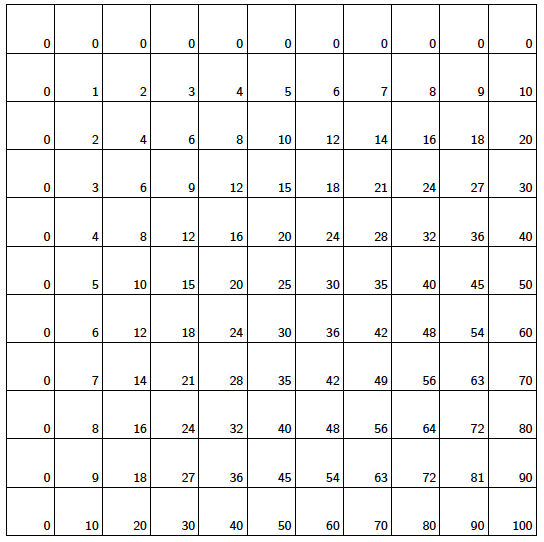 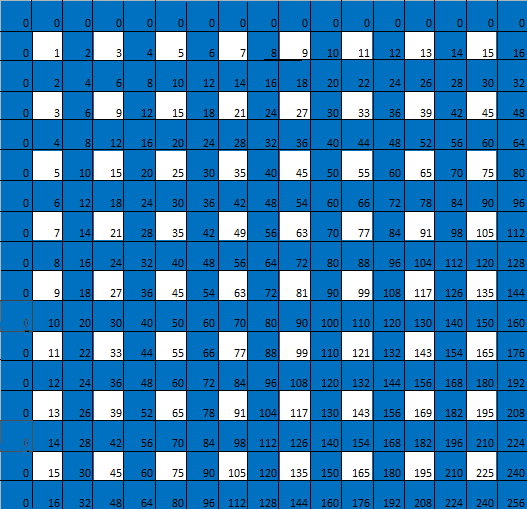 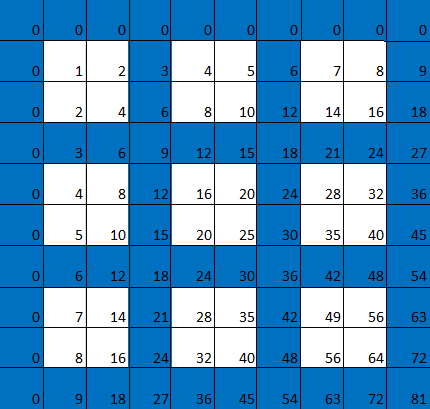 If we colour in blue all squares that are multiples of 4, we again get a blue grid. In this case the complement of the grid consists of larger squares containing 3x3=9 little squares each. In this case those large squares aren't entirely white, as the middle one in each is blue. The reason for this (as you might want to prove for yourself) is that 4 isn't a prime number. 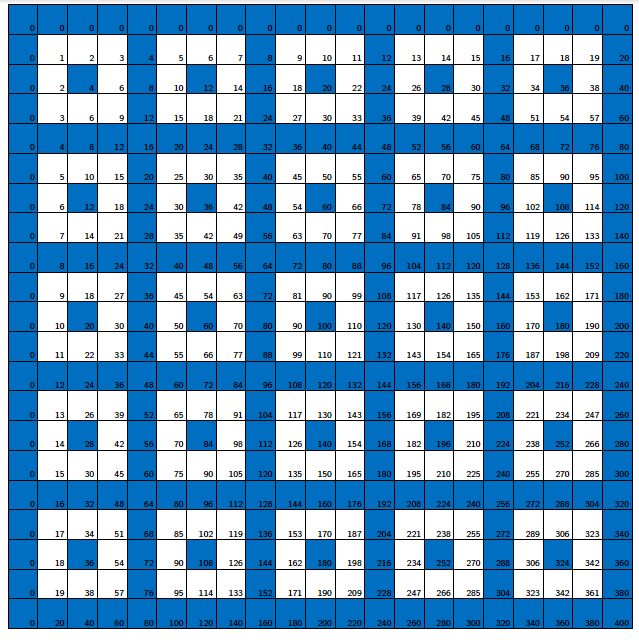 In general, if you choose a positive integer

and colour in blue all multiples of

in the multiplication table, you get a corresponding blue grid. The complement of the blue grid is always made up of squares consisting of

little squares. Depending on whether or not

is a prime number, these larger squares are solidly white or contain some blue squares.

Because this is so much fun, let’s do another one. Here’s the pattern we get from

(you can quite easily imagine the pattern for 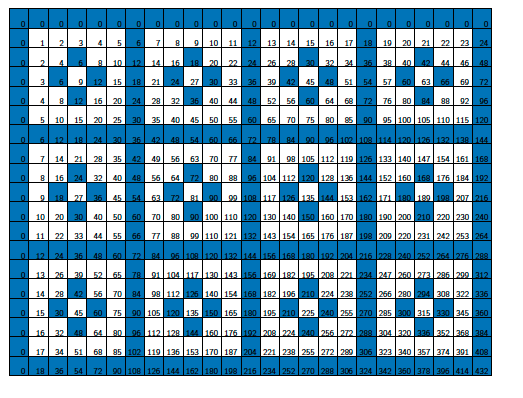 Let's see how triangular numbers come into the picture. A triangular number is a number that can be represented by a pattern of dots arranged in an equilateral triangle with the same number of dots on each side at equal distance from each other.

The first triangular number is

, and so on. Generally, the

, is the sum of the first 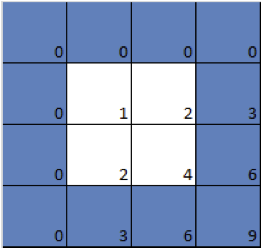 Adding up the numbers in this white square gives

Now let's look at the multiplication table in which squares corresponding to multiples of 4 are coloured blue. The first of the larger, mostly white squares looks like this: 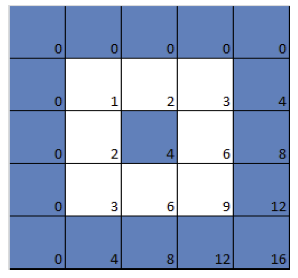 So in this case the sum is equal to the square of the third triangular number. 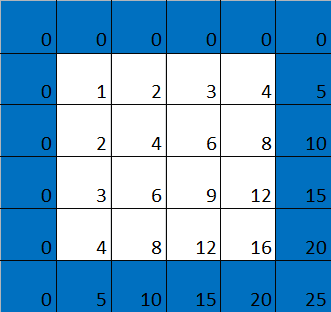 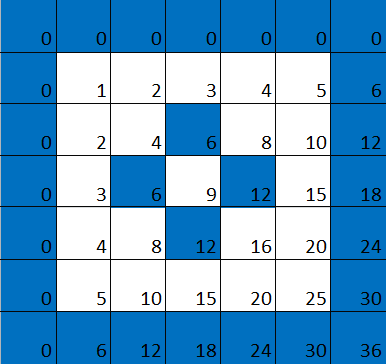 the numbers in the first larger square add to

Is this true in general?

Is this always the case, no matter what kind of multiples we colour blue? If yes, then the numbers within the first larger square of the multiplication table coloured for multiples of

add to the square of the

Let’s see if this is true. Looking at only the first whole square we see that the first row consists of the numbers

The second row consists of those numbers multiplied by

The pattern continues in this way, row by row, until we get to the last row of the square. Here we have the numbers of the first row multiplied by

Adding the sums of the

And since, as noted above,

the square of the

Zoheir Barka, from Laghouat in Algeria, is an amateur and self-educated mathematician. He has a Masters degree in French language from Laghouat University and is currently a French teacher in elementary school.

A really interesting article, which I’m trying to get my head around.

Thank you very much for

Thank you very much for pointing this out, it was indeed a typo. We have fixed it now.