String theory, simultaneously one of the most promising and controversial ideas in modern physics, may be more capable of helping probe the inner workings of subatomic particles than was previously thought, according to a team of Princeton University scientists. 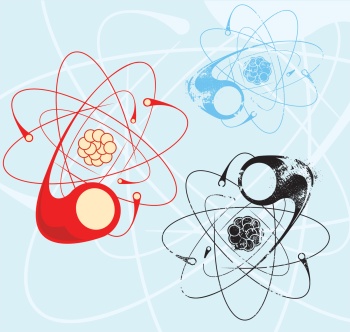 What's inside the atom?

The theory has been highly praised by some physicists for its potential to forge the long-sought link between gravity and the forces that dominate within the atomic nucleus. But the theory — which posits that all subatomic particles are actually tiny strings that vibrate in different ways — has also drawn criticism for being untestable in the laboratory, and perhaps impossible to connect with real-world phenomena.

However, the Princeton researchers have found new mathematical evidence that some of string theory's predictions mesh closely with those of a well-respected body of physics called gauge theory, which has been demonstrated to underlie the interactions among quarks and gluons, the vanishingly small objects that combine to form protons, neutrons and other, more exotic subatomic particles. The discovery, say the physicists, could open up a host of uses for string theory in attacking practical physics problems.

"These problems include describing the interactions among the quarks within everyday atomic nuclei," said Igor Klebanov, the Thomas D. Jones Professor of Mathematical Physics at Princeton and an author of a recent paper on the subject. "We have previously been able to study these interactions in detail only at the high-energy conditions within particle accelerators, but with these findings we may be able to describe what's happening inside the atoms that make up rocks and trees. We cannot do so yet, but it appears that the maths of string theory could be what we need to bridge this gap."

For Klebanov, the findings represent a major success in the decades-old search for connections between strings and gauge theory, the latter of which — to a particle physicist — lays out the established laws that describe all ordinary matter.

The many facets of gauge theory add up to a well-established and coherent picture of the behaviours of quarks and gluons, which largely compose most familiar forms of matter. Decades of observations at particle accelerators have shown that gauge theory accounts for quark and gluon behaviour quite well, at least at the very high energy levels that exist when two isolated particles are smashed together at nearly the speed of light.

At these high energies, the interaction force holding the quarks together grows weak, and scientists can break particles apart to observe their constituents. Unfortunately, these observations — and even gauge theory itself when applied at these high energies — do not reveal as much as physicists would like about everyday matter travelling at everyday speeds.

In the 1970s, physicists posited that when gauge theory loses its power to describe particle behaviour as quarks bond together, string theory might be able to step in and handle the job. What string theorists needed was some indication that both theories were headed in the same direction.

The lucky break came in 1997 and early 1998 when a precise relation between the two was conjectured in the work of Princeton physicists Alexander Polyakov, Steven Gubser and Klebanov, as well as the Institute for Advanced Study's Juan Maldacena and Edward Witten. However, more work to explain this connection was needed. 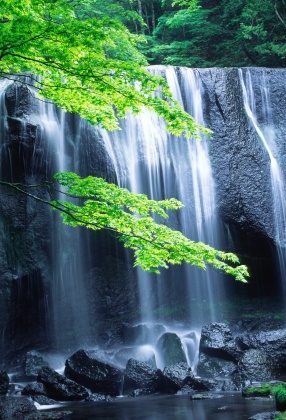 "It was as though our understanding was a road that started at the point where the interaction between quarks was weak," Klebanov said. "We could follow it for a few miles through greater and greater interaction strengths, but then it stopped before reaching the great strengths that exist in the atoms of rocks and trees — the section of road that string theory describes."

Between the two road sections lay a seemingly unbridgeable mathematical gulf, and Klebanov had little more than a hunch that there was any smooth transition between gauge and string theory.

"In simple terms, what we really wanted was some indication that such a smooth transition exists, which would hint that the two sections of road were parts of the same route," Klebanov said. "But we were having trouble finding any sort of connection at all."

String theory, for all its mathematical beauty, once again seemed too difficult to test — until Niklas Beisert, an assistant professor of physics at Princeton, published a paper in late October of last year containing an equation that turned out to be a crucial piece of the puzzle.

"Beisert and his collaborators made an inspired guess based on sophisticated notions of gauge theory behaviour," said Curtis Callan, the James S. McDonnell Distinguished University Professor of Physics at Princeton. "Their equation allowed Igor and his colleagues to work out the 'transition' between the two regimes. They demonstrated that it exactly matched string theory's predictions at the strong interaction limit. That was the hard part."

Beisert said that his team's work provided a useful abstract proof of the transition between weak and strong interaction strength, but that numerical evidence had been lacking.

"The result of Klebanov's group gives beautiful numerical evidence for the validity of our proposal," said Beisert, who is also junior research group leader at the Albert Einstein Institute in Potsdam, Germany. "All these studies now make us sure that string theory and well-established gauge theory are indeed two sides of the same coin."

Lance Dixon, a physicist at the Stanford Linear Accelerator, said the new paper by Klebanov's team provided a vital cross-check of the Beisert team's equation, which rested on a few insightful but unproven assumptions.

"The work by Igor Klebanov and his group really succeeded in removing all lingering doubts about the equation's validity," said Dixon, whose work provided other evidence in favour of the Beisert team's proposal. "The search is on now for a broad web of connections linking the high-energy behaviour of quarks and gluons to that of strings, a web in which the first strand was laid down by (both teams') work."

Klebanov, while noting many other scientists' contributions, credits Beisert for "providing the techniques and writing down this fantastic equation," and said that his own team's findings were possible largely due to the Beisert team's paper.

"That a particular kind of gauge theory is in some sense 'exactly solvable' realizes a longstanding dream," Klebanov said. "This is almost like coming to a gap you expected to find between two sections of road and finding that someone else has built such a smooth connection between them that you don't notice it when you drive over it."

This is not to say that string theory is likely to become accepted as an overall explanation of subatomic physics anytime soon. Klebanov's team has found a bridge between established physics and a mathematical theory, which is only one step toward solid experimental proof that the world is actually constructed of tiny vibrating strings. And even this bridge applies to only one facet of gauge theory. Bridging this gap for other facets will be necessary to enable physicists to understand fundamentally the interiors of the protons and neutrons that make up the earth beneath our feet.

"I think there is hope that other facets of gauge theory are amenable to similar treatment," Klebanov said. "We don't know for sure if we can use this discovery to address other problems, but at least we now have new methods for bridging the gap between the weakly and strongly interacting regimes of the gauge theory."