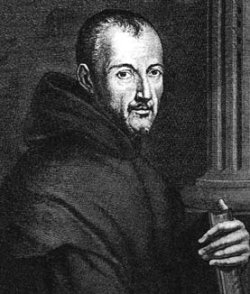 Although mathematicians have known for over 2000 years that there are infinitely many primes, finding them is no easy feat. To check whether or not a given number is prime requires huge amounts of computing power. The task is a little easier if you are dealing with a Mersenne number, and this fact is exploited by the GIMPS (Great Internet Mersenne Prime Search) project, which is also responsible for this latest discovery. Working with an algorithm especially developed for Mersenne numbers, GIMPS uses the computing power "donated" by tens of thousands of volunteers to chomp through the calculations needed to check whether a Mersenne number is prime.

This time it was one of the computers of Dr Curtis Cooper and Dr Steven Boone, both professors at Central Missouri State University (CMSU), that hit the jackpot. The new discovery is the 43rd Mersenne prime that has been found so far, and the ninth Mersenne prime found by the GIMPS project.

Cooper joined GIMPS over seven years ago and, together with Dr Vince Edmondson, organised a university wide effort to help find the next Mersenne prime. Unfortunately, Edmondson passed away in 2003, but with the help of Boone and others at CMSU, Cooper eventually managed to coordinate 700 PCs for the benefit of GIMPS. But although Cooper and Boone are no doubt delighted to get their names in the record books, they probably can't help feeling a little disappointed: the new discovery has only 9,152,052 digits and so narrowly missed the $100,000 Electronic Frontier Foundation award for the first prime with over 10 million digits.

The discovery was independently verified by Plus reader Tony Reix. To exclude the possibility of a bug in GIMPS, he uses different software (the GLucas program, designed and created by Guillermo Ballester Valor) and different hardware (the Bull NovaScale 6160, with 16 Intel Itanium2 1.5 GHz processors). With this powerful machine devoting 100% of its time to the primality check, the verification took just under five days — a very short period compared to the month an ordinary working PC needs. "The verification ended on the 24th of December, providing a nice Christmas present for all GIMPS addicts," he says, "GIMPS contributors were quite nervous during these 7 days between Friday 16th and Saturday 24th because they did not know if M43 [the new prime] had more than 10 millions digits or not."

People don't look for large primes just for the fun of it. Large primes are particularly useful in cryptography, the art of encoding and decoding secret messages. Many encryption algorithms use the fact that it is relatively easy to multiply large numbers, but unfeasibly hard to factorise them, especially if the factors are large. Any code involving large prime factors is virtually impossible to break by an outsider.

Moreover, in the search for larger and larger primes, more and more efficient programs to multiply very big numbers are written. "These programs are used for checking that processors and computers are reliable," says Tony Reix, "but the main thing is that [searching for large primes] is fun!"

GIMPS contributors are now holding their breath to see when the next Mersenne prime will be discovered. It is extremely likely that this will be the one that grabs the prize, so think about joining GIMPS — a share of the $100,000 could be yours!