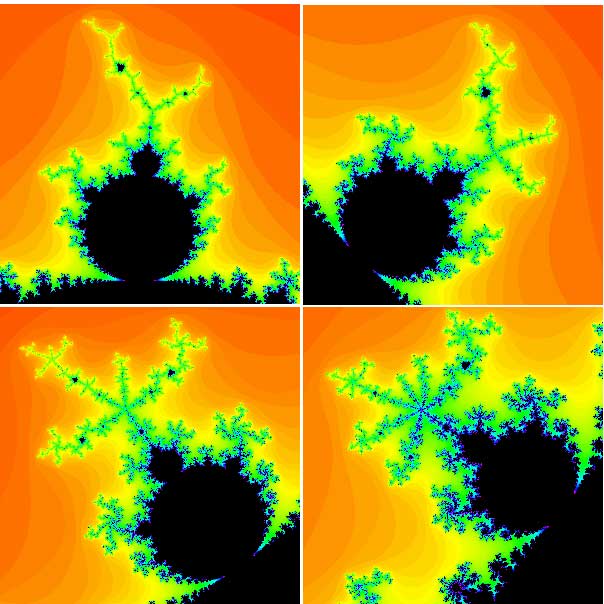 Permalink Submitted by Don Oktrova on May 9, 2020

After reading the wikipedia version of this and not understanding a single thing I thought i might never be able to comprehend it... Then i read this article and everything makes sense.

When I look at the Mandelbrot set, I can't help but think that I am looking at the face of God...

Great explanation! Got a

Great explanation! Got a brief idea of what and how it works

Since this is an iterative function, you are not looking at a value y that is a result of a function of x. But like they said in the article, it is more representative of time-series data where we are only looking at the progression of x. However each value of x at an iteration i is not a function of i, but is based on the value of the x that came before it (x(x-1). So even though they did not label the "x-axis", it is really just a sequential progression of calculating the next value of x. So really, the "y-axis" is really the value of x calculated, and the "x-axis" is just the next iteration of calculating x.

can anyone suggest a good

Permalink Submitted by Anonymous on April 4, 2021

can anyone suggest a good book to properly study and understand fractals?

We found this textbook very

Permalink Submitted by Marianne on April 9, 2021