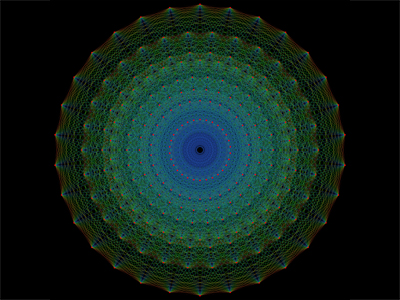 A complex symmetric structure known as the exceptional Lie group E8, which has so far only existed in the minds of mathematicians, seems to have turned up in real life for the first time. Physicists from the UK and Germany have conducted an experiment which involved cooling a crystal made of cobalt and niobium to near absolute zero and then applying a magnetic field. As they increased the strength of the magnetic field to a critical value, spontaneous patterns appeared in the configuration of electrons in the crystal, and these patterns carried the tell-tale signature of E8. The result has been published in the journal Science.

That E8 should be implicated in the behaviour of such systems had been predicted by the physicist Alexander Zamolodchikov in 1988. This result gives the first experimental confirmation of his prediction, and may also be our first glimpse of the complex symmetries that underlie the quantum world.

But it will also intrigue physicists for another reason. In the 1970s the symmetric structure of E8 appeared in connection with string theory, one of the prime candidates for a theory of everything, which unifies the disparate strands of physics into one elegant mathematical theory. Then, in 2007 Garrett Lisi, surfer by day and freelance physicist by night, postulated a new theory of everything, based entirely on the mathematical structures of E8. While this new result does not provide any further evidence for either string theory or Lisi's theory, it's nice to know that the enigmatic E8 has finally appeared in nature. 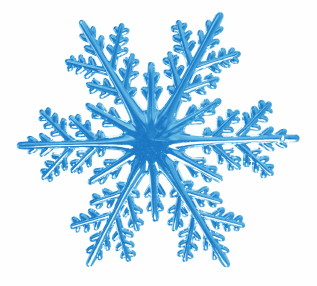 Collections of symmetries which behave in this self-contained way (and obey a couple of additional rules) are known as symmetry groups. Every geometric shape comes with a symmetry group containing all its symmetries. But some objects are more symmetric than others: while you can only rotate a square through multiples of 90° without changing its appearance, a circle can be rotated around its centre through any degree without changing its appearance. In the case of a circle, the symmetry group is continuous: if you label all the rotational symmetries by their angle and then line the angles up in order, they merge to form a continuous line. Informally, a Lie group, of which E8 is an example, is a continuous symmetry group, akin to a group of rotations.

But the researchers behind the new experiment did not need to resort to a 57-dimensional object to find evidence of E8 symmetry. Instead, Radu Coldea of the University of Oxford and his colleagues, from Oxford, Bristol University, the ISIS Rutherford Laboratory and the Helmholtz Zentrum Berlin, looked at the atoms within their chilled crystal, which line up in long chains. The electrons attached to the atoms have a quantum property called spin, which is related to their electric charge. Effectively, each electron behaves like a tiny bar magnet, which can point either up or down. 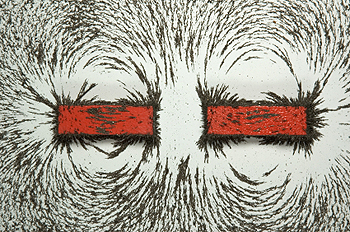 Electrons in the experiment behaved like tiny bar magnets.

When a magnetic field is applied from the right direction, it can cause the orientations of the spins to spontaneously flip between up and down. At a critical value of the strength of the field — 5.5 Tesla — these fluctuations break down the magnetic order of the material. Such a sudden change is called a phase transition, and the point at which it happens is called a quantum critical point. At this point, you might expect to see nothing but randomness in the spin fluctuations, as order is being destroyed. But remarkably, what the researchers did see as they cranked the strength of the field up towards 5.5T, was the spins ordering themselves into particular patterns. Computing the ratio between energies linked to these patterns, the researchers found another usual mathematical suspect: the golden ratio 1.618... , which has intrigued mathematicians and artists since ancient times. And this, according to Zamolodchikov's 1988 theory, is a sign that the underlying quantum processes follow mathematical relationships that are encoded by the E8 symmetry group.

Radu believes that this discovery has wider implications for quantum physics. "The results suggest that similar hidden symmetries may also govern the physics of other materials near quantum critical points where electrons organise themselves according to quantum rules for strong interactions," he said.

Whether or not E8 really turns out to be the key to a fundamental understanding of the Universe remains to be seen, but even if its appearance in the lab is just a red herring, it certainly is a beautiful one.

So, the answer to life, the universe, and everything is 57.

So what is the question?

Dr. Radu Coldea is deadly right. The E8 symmetry group is more fundamental than what was achieved experimentally. Alexander Zamolodchikov pointed out its possible importance in a somewhat limited context similar to what was done in Helmholtz Inst. and Oxford. However, and since almost twenty years, there was a fully developed general theory for high energy physics based on transfinite E8. This is the usual E8 plus a manifest golden mean effect in addition to the inert one. The theory is fully explained in various papers published in a journal for nonlinear dynamics, Chaos, Solitons & Fractals. I should list three papers which readers of this serious site may find very illuminating and informative. They are: High energy physics and the standard group from the exceptional Lie groups, 36, 2008, pp. 1-17. On a class of general theories for high energy particle physics, 14, 2002, pp. 649-668 and The theory of Cantorian spacetime and high energy particle physics (an informal review), 41, 2009, pp. 2635-2646. Further work on the subject was made by Ervin Goldfain, L. Marek-Crnjac, Ji-Huan He and G. Iovane as well as Tim Palmer.

I don't believe it's coincidental that the Lie Group E8. image, with 30 points on each of its circular perimiters, is congruent with the Croft Spiral Sieve. Thirty (30)--the product of the first three primes--is integral not only to the Lie Group, but is a fundamental building block of the prime number sequence: http://www.primesdemystified.com. It's like looking into the eye of creation itself.