Well it wasn't black holes that won the Prize of course, but people who made significant progress in our understanding of them: Roger Penrose, who received one half of the 2020 Nobel Prize in Physics, and Reinhard Genzel and Andrea Ghez, who share the remaining half. 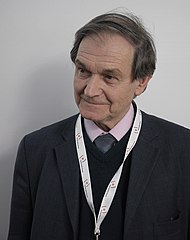 Black holes are a result of gravitation, the fundamental force of nature which dictates what happens in our Universe at large scales. Our best theory of gravity was developed by Albert Einstein and published in 1915: it's called the general theory of relativity. General relativity is extremely successful (you are actually using it whenever you consult a GPS device to find your way around), but it's far from easy — to work with it, you need some very serious maths. What it tells us about the gravitational pull of a single object, though, is easy to understand: the smaller and more massive the object is, the stronger its gravitational pull will be. Thus, if you could crush a celestial body, such as our Sun, down to a smaller size while keeping its mass the same, you'd increase its gravitational pull.

This raises an intriguing possibility: if an object is small and massive enough, could its gravitational pull be so strong that nothing, not even light, can escape its vicinity? Shortly after Einstein published his general relativity, the physicist Karl Schwarzschild was able to solve its very tricky equations to describe what we would now recognise as a black hole, albeit a very simple one: perfectly round and non-rotating. It took a while, however, until people realised what Schwarzschild's solution actually meant and came up with the idea that a black hole would be surrounded by an event horizon. That's an invisible barrier of no return: if you cross the event horizon you will never get out again.

But only because black holes can exist in theory doesn't mean they exist for real, which is why some theorists asked themselves how a black hole might form out there in nature, from objects we do know exist. Theorists including Robert Oppenheimer (who also contributed to the invention of the atomic bomb) suggested that gravitational collapse might be the culprit. The idea was that huge stars can run out of fuel, causing them to first explode in a supernova and then collapse in on themselves. The result would be a lot of mass packed into such a small space that a black hole results.

Not everyone was convinced, however. The idea of black holes didn't sit comfortable with many physicists, not so much because it is scary, but because theoretical descriptions of black holes involve singularities — points at which certain quantities (for example density or the curvature of spacetime) become infinite. Since we never see any infinities in real life physicists are wary of singularities. When one comes up in a theory, it's often a sign that something is wrong. Although the work of Oppenheimer and others was mathematically sound, it did rest on a number of assumptions, for example that all the stars and black holes would be perfectly round and symmetrical. This, so skeptics pointed out, was unrealistic. And they concluded that something about the wonkiness of real celestial objects would probably prevent the gravitational collapse of massive stars into black holes. 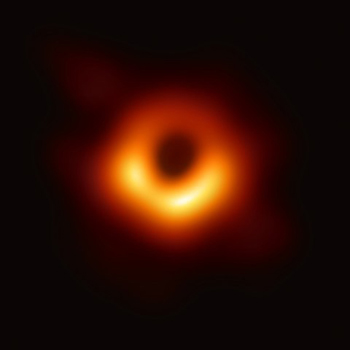 This is the first image of a black hole that was ever taken, released in 2019. Image: European Southern Observatory., CC BY 4.0.

It was Roger Penrose who proved them wrong, showing that a lack of symmetry won't stop the formation of a black hole. Using revolutionary mathematical tools he had developed to deal with the ferocious maths of general relativity, Penrose proved his famous singularity theorem in 1965. It showed that singularities are generic phenomena in general relativity, which occur in gravitational collapse, no matter if there's symmetry or not.

Penrose's work not only legitimised black holes, it was also a starting point for further work. Inspired by Penrose, Stephen Hawking began to wonder whether there could have been a singularity at the very beginning of our Universe. Working with Penrose and George Ellis, Hawking eventually showed that, according to general relativity, such a singularity was not only possible, it was inevitable. This singularity is what we now know as the Big Bang. The fact that it really did happen, around 13.8 billion years ago, is now beyond scientific doubt. Penrose's theoretical methods remain essential tools for many physicists trying to understand the nature of our Universe.

Our very own black hole 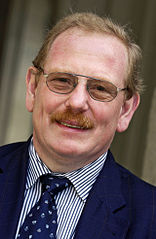 Penrose's work was entirely theoretical, focussing on what can and cannot happen within the framework of general relativity. It's Reinhard Genzel and Andrea Ghez we have to thank for conclusive proof for the existence of a black hole — not just anywhere, but at the centre of our very own Milky Way galaxy.

Since black holes don't emit any light you can't see them, so Genzel and Ghez reached for another method to prove there's one in the Milky Way: they looked at how the huge gravitational pull of a hypothetical black hole would influence the motion of surrounding stars. In separate research efforts lasting for over thirty years, they trained increasingly sophisticated telescopes at the centre of the Milky Way. Their measurements, which agreed admirably, provide convincing evidence that a black hole does indeed lurk there. It's around 4 million times more massive than our Sun and fits into a region the size of our solar system.

A next aim is to take a closer look at the region containing the black hole. In 2019 the Event Horizon Telescope managed to take a picture of the close neighbourhood of a black hole sitting at the centre of a galaxy called Messier 87. The black hole shows up as a shadow-like dark patch within a surrounding disc of glowing gas. It may be possible to take a similar picture of our very own Milky Way black hole. 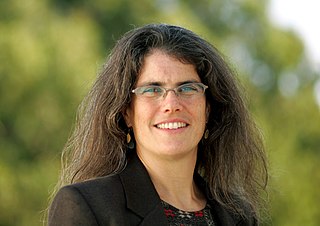 But what really happens at the centre of this, or any other, black hole remains a mystery. The singularities of general relativity are in fact regions of spacetime in which all known laws of physics break down. But physicists around the world are working hard on this problem — and those who finally solve it can certainly look forward to a Nobel Prize of their own.