Shane Whelan began his academic career at a Christian Brothers School in Dublin, where he discovered a great love of the sciences, and, in particular, physics. After taking his Leaving Certificate (A level equivalent) in 1981, he was accepted into the mathematical sciences course at University College Dublin (UCD). The course covered maths, physics and a little statistics - although, surprisingly given his later choice of career, Shane says he didn't enjoy the statistics much. 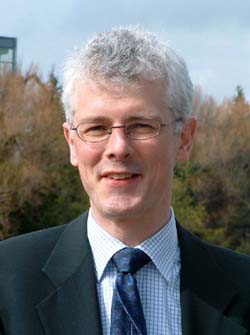 Why did he choose that particular course? "Because I was the next Einstein! Or so I thought when I began ... but in your university years you quite quickly become aware of your limitations. Originally I thought I wanted to do research in physics, but soon I began to realise what maths was really about and I enjoyed the exposure to logical thinking, as opposed to theoretical physics where you rely much more on intuition. So early on I changed direction into maths.

"I was going to go out into the real world to earn some money, but I wanted a job requiring further study."

"I was immensely enthusiastic in the beginning of the degree, winning the university prize in mathematics and active in the mathematical society, but my enthusiasm petered out, with the result that come the final years I was reading more Jane Austen and the logical foundations of maths than sticking to my coursework. I wasn't very disciplined during my degree, so I wasn't interested in doing postgraduate study, but yet I wasn't finished formal learning. I was going to go out into the real world to earn some money, but I wanted a job requiring further study." 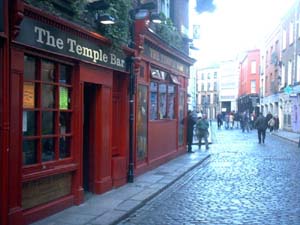 An unusual venue for a job interview

Shane was vaguely aware that, if you were good at maths, actuarial science was a good career, and he also knew that it would involve plenty of further study. But he knew little more than that. "When I look back, it was a ridiculously structureless way to make a very important decision." Yet, he now confesses, it was one of the best he ever made.

At that time, the usual way into the actuarial profession in Ireland was straight from school, but Shane sent off letters to all the potential actuarial employers he could find and was eventually offered a position with the Dublin branch of Duncan C. Fraser, an old British firm of actuaries. "I got a job from Brian Reddin - he was the chief partner here in Dublin - in a very informal interview in a pub. Fortunately he didn't hold my having a degree against me, though he thought it a handicap - too much theoretical thinking and a lack of problem solving."

"You get a great sense of progress from year to year, because you're climbing up the ladder of the exams."

Shane started work with Duncan C. Fraser in 1985 and spent most of his time working on court cases, providing actuarial evidence for the loss of earnings in injury and fatal cases. "This work involved sitting down with the case papers, ascertaining the loss, working through the tax calculations, and then capitalising that loss for the rest of their lives. It was very hands-on, doing the calculations and report, and making a case that would hold up in court. There was no abstraction; it was very directly and obviously useful, which I liked.

"In the early years - the first 4 years anyway - I was pretty comfortable in the traditional actuarial world. You get a great sense of progress from year to year, because you're climbing up the ladder of the exams. That was always very encouraging. I never really had a career plan - my career plan in the early years was just to get more exams. But then I got itchy feet, and so I moved from a classic actuarial consultancy environment into an investment company." 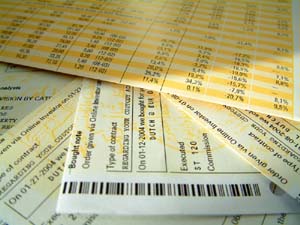 In December 1989 Shane left what had become, through a merger, Mercer Fraser, and moved to New Ireland Investment Management. This was not a standard move for an actuary to make, but he was following in the footsteps of another ex-Mercer Fraser actuary, Pramit Ghose, and it was through him that Shane was invited in. At this point Shane was only two-thirds through his actuarial exams and, although his new employer still supported him, the move did hold him back from progressing through the rest quickly.

However, Shane has no regrets. "It was a wonderful experience. I was working close to the fund managers; to begin with I would do the performance analysis, write the investment reports to the clients, draft business presentations. But there was always a possibility of getting onto the desk - becoming a fund manager. That was what I eventually did: I became an investment analyst, and then a fund manager.

"Remember, we're essentially trying to forecast the evolution of the economy over years."

Despite the stereotype, Shane did not find this new work overly stressful, and he says there was never any danger of burning out. "That might be true in the pit, where the minute-by-minute intra-day dealers scream at one another. But in pension and life fund management, remember, we're essentially trying to forecast the evolution of the economy over years."

The work involved forecasting how economies and industries are going, how inflation is changing, the supply and demand of debt instruments, making a judgment on whether they are going to go up or down in the future, and then buying or selling. "Investment is a game," says Shane, "and like any game a lot of ego comes into it. You size up your competitors and you say: I'm better than they are, I work harder and know more, and I'll demonstrate that edge through better performance. That competitiveness attracted me."

The attraction lasted. In January 1996, Shane moved again, this time to the investment division of Friends Provident, where his former colleague Pramit Ghose was now heading the investment division. In essence it was the same job he had been doing at New Ireland Investment Management but in a smaller investment group: "but we later grew and made it into a separate investment company, which was very successful. I started there with £700 million under management, which is small; when I left in 2000 it was £3.5 billion." 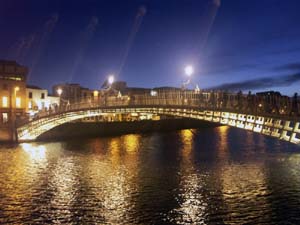 Although Shane had found the work of a fund manager interesting, he always felt himself to be an actuary at heart. "I was doing fund management because I enjoyed it at the time, but I knew that I would eventually return to more traditional actuarial work."

After leaving Friends Provident, or Friends First as it became known during his time there, Shane spent a year self-employed doing consultancy work. (He says that, as much as he has changed employers in his career, what with all the business mergers he has only ever left one employer he joined!) "I had various contracts, including a very significant one to carry out research for the Irish Association of Pension Funds. That was the hardest I ever worked but the most personally rewarding. The problem is, when you're a sole trader you never refuse work."

"Like the actuarial exams, it was primarily isolated self-motivated learning."

While at New Ireland Investment Management, Shane had finished his actuarial exams and was looking for further challenges. A PhD seemed the obvious next step. "I started doing a PhD at the end of 1996, at Heriot-Watt University in Scotland with David Wilkie and Stan Zachary. I would fly over occasionally for some light supervision, but, like the actuarial exams, it was primarily isolated self-motivated learning. It was entitled "Actuarial investigations into the Irish capital markets". I completed it in 2003, so it took seven years. I was working full-time all the time, except for a brief period, which I took off with the support of the company and the actuarial profession.

"A strange thing about markets is that, despite their importance, there's very little empirical research into them using long-term data. The Irish stock market is one of the oldest in the world. It started in 1799 and has operated continuously since, including through one the world's worst famines and both World Wars. It's got an extraordinary database, completely overlooked: people had only monitored returns over at most 30 years. And how can you study the price formation process without gathering the data? 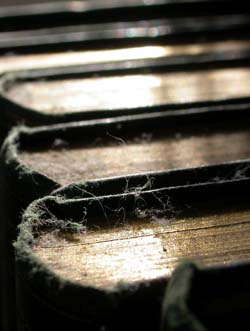 "So the very first thing I did was trace the history of stock returns on the Irish market. The Stock Exchange here put their ledgers in the National Archives: dusty old volumes showing every price change of every security, every day ever traded on the Irish stock market since the records started in 1801.

"A new data source on the markets is like gold dust, because you've got so many theories and so little data to test them on. In fact, capital market theory or, more broadly, financial economics, had not been treated as an empirical science until very recently, so theories were developed without any need to demonstrate that they fit the facts. There are now too many theories to be sorted out by the limited data so we can test only the more promising.

"What's really interesting is that there are empirical regularities discovered in asset price formation, which hold true not just in equity markets or bond markets or cash or currency markets, but in all commodities, even, say, the market for baseball cards. The Irish database captures the very beginning of the markets, so we can trace how the prices and their statistical characteristics change, and get some clue as to how markets develop."

Into the ivory tower

Shane had decided to work for a PhD in part because he had in the back of his mind the possibility of a move into academia. The department he currently works in had been created in 1986, and in 1991 the then head of department, Professor Philip Boland, had set up an undergraduate course in Actuarial Science. So when in 2001 a lectureship was advertised at the department, Shane applied and got the job.

The actuarial science degree course is very high-profile, with among the highest entry requirements of any university course in Ireland. Most of the students go on to actuarial careers, and the demand is greater than the 35 students who graduate each year, so the department has just set up a one-year postgraduate qualification that allows students with numerate degrees to convert to actuarial science. 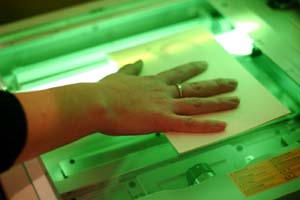 After so many years in business, some things about academia seem strange to Shane. "You have professors and senior researchers doing the administration. As a consultant you fill out a timesheet with every 15 minutes of your time that will be billable to a client, and you are told that you must never be found in front of a photocopier; the client does not pay actuarial rates for you to be doing photocopying. Then I come here and see the most senior people queuing up to photocopy!"

"In a university, you can change and change again."

But there are benefits (as Shane says wryly, "doing the photocopying is a break!"). In particular, he enjoys the academic freedom: "In a university you can change and change again, as I'm changing my research work from the stock markets to mortality. I think that I've found my place at last - half professional and half academic - part of the small but growing academic actuarial community."

You can find out more about becoming an actuary from the profession's website, and its very useful Careers and jobs section. But, to keep you going till then, here are some key facts and figures: