This article is the winner of the schools category of the Plus new writers award 2008. Students were asked to write about the life and work of a mathematician of their choice.

"But the best problem I ever found, I found in my local public library." 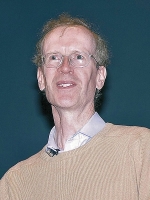 There is a problem that not even the collective mathematical genius of almost 400 years could solve. When the ten-year-old Andrew Wiles read about it in his local Cambridge library, he dreamt of solving the problem that had haunted so many great mathematicians. Little did he or the rest of the world know that he would succeed...

"Here was a problem, that I, a ten-year-old, could understand and I knew from that moment that I would never let it go. I had to solve it." 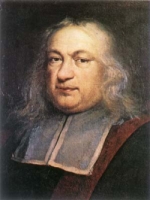 The story of the problem that would seal Wiles' place in history begins in 1637 when Pierre de Fermat made a deceptively simple conjecture. He stated that if

other than zero that satisfy the equation

, then whole number solutions do exist, for example

Fermat claimed to have proved this statement but that the "margin [was] too narrow to contain" it. It is the seeming simplicity of the problem, coupled with Fermat's claim to have proved it, which has captured the hearts of so many mathematicians.

"Then when I reached college, I realized that many people had thought about the problem during the 18th and 19th centuries and so I studied those methods." 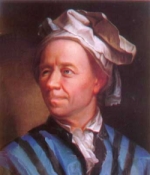 Andrew Wiles was born in Cambridge, England on April 11 1953. At the age of ten he began to attempt to prove Fermat's last theorem using textbook methods. He then moved on to looking at the work of others who had attempted to prove the conjecture. Fermat himself had proved that for n=4 the equation had no solution, and Euler then extended Fermat's method to n=3. The problem was that to prove the general form of the conjecture, it does not help to prove individual cases; infinity minus something is still infinity. Wiles had to try a different approach in order to solve the problem.

"However impenetrable it seems, if you don't try it, then you can never do it."

Wiles earned a bachelors degree from Oxford University in 1974 and a PhD from Cambridge in 1980. It was while at Cambridge that he worked with John Coates on the arithmetic of elliptic curves. Elliptic curves are confusingly not much like an ellipse or a curve! They are defined by points in the plane whose co-ordinates

satisfy an equation of the form

are constants, and they are usually doughnut-shaped. When Wiles began studying elliptic curves they were an area of mathematics unrelated to Fermat's last theorem. But this was soon to change. Since the 1950s the Taniyama-Shimura conjecture had stated that every elliptic curve can be matched to a modular form — a mathematical object that is symmetrical in an infinite number of ways. Then in the summer of 1986 Ken Ribet, building on work of Gerhard Frey, established a link between Fermat's last theorem, elliptic curves and the Taniyama-Shimura conjecture. By showing a link between these three vastly different areas Ribet had changed the course of Wiles' life forever.

"I was electrified. I knew that moment the course of my life was changing."

What Ribet had managed to show, and what Frey had intuited, was that if Fermat's last theorem were false, that is if there were three non-zero whole numbers

, and a whole number

greater than 2 so that

"You can't really focus yourself for years unless you have undivided concentration, which too many spectators would have destroyed"

Proving the Taniyama-Shimura conjecture was an enormous task, one that many mathematicians considered impossible. Wiles decided that the only way he could prove it would be to work in secret at his Princeton home. He still performed his lecturing duties at the university but no longer attended conferences or told anyone what he was working on. This led many to believe he had finished as a mathematician; simply run out of ideas. After six years working alone, Wiles felt he had almost proved the conjecture. But he needed help from a friend called Nick Katz to examine one part of the proof. No problems were found and the moment to announce the proof came later that year at the Isaac Newton Institute in Cambridge. There it was that in June 1993 Andrew Wiles announced his historic proof of Fermat's Last Theorem.

"It was so indescribably beautiful; it was so simple and elegant."

Unfortunately for Wiles this was not the end of the story: his proof was found to contain a flaw. The flaw in the proof cannot be simply explained; however without rectifying the error, Fermat's last theorem would remain unsolved. After a year of effort, partly in collaboration with Richard Taylor, Wiles managed to fix the problem by merging two approaches. Both of the approaches were on their own inadequate, but together they were perfect. So it came to be that after 358 years and 7 years of one man's undivided attention that Fermat's last theorem was finally solved. 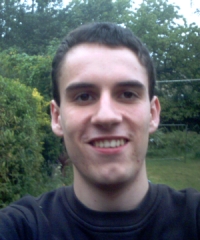 Neil Pieprzak is currently in year 12 studying for his A levels at Notre Dame Sixth Form in Sheffield. His interest in this particular problem was sparked by reading the book Fermat's last theorem by Simon Singh, which gives a great insight into the history of the theorem for those who want to know more. Neil hopes to study maths at university in 2009, where he is looking forward to tackling some problems of his own. In his spare time he enjoys watching football and has a season ticket for Sheffield Wednesday Football Club.

About Simon Singh and his book Fermat’s Last Theorem. This is a nice libro.I think however, that its continuation will soon be written somewhere else (or the same Singh, who knows?) and, paradoxically, seems to be starting all over again. As I understood before indirect proof of
Fermat’s Last Theorem by Wiles and Taylor there was that of the Italian mathematician Onofrio Gallo (b. in Cervinara, Caudina Valley) who has obtained a short original proof(6 pages) and in a direct way .It seems to be the only direct proof currently existing.But the most surprising thing is that Fermat’s Last Theorem is a special case of the so-called MIRABILS THEOREM OF GALLO (December 27, 1993, Rome) based on a theory even more surprising and original (glimpsed just by the French mathematician E, Galois) that manages to combine an equation to an identity in a non eucledian logic. Paul

I see you have posted your comment in a few places about Gallo, yet no search seems to turn up any information about this extraordinary man who proved FLT in 6 pages. Perhaps you could help us all by posting a specific reference to where it may be found or even better a link?

Fermat was keen to prove his conjecture (FLT) for exponents 3, 4 & 5 because once this is achieved then it automatically extends to all integer exponents. My guess at the "marvelous proof" claimed by Fermat is as follows:
Let us imagine solid unit cubes (of side unity) to represent the number '1'. Then 'x' of these would represent the number 'x' and let us imagine these are placed in a linear array. We can then place 'y' of these unit cubes to represent the number 'y'.
We can similarly contruct 'x^3' (cube of 'x') using the unit cubes by extending the linear array to a square array and finally 'x' layers of the square array to form the cube - 'x^3'. The cube of 'y' can be similarly contructed and placed alongside the cube of 'x'.

FLT asserts that the sum of the cubes of 'x' and 'y' cannot be equal to another cube, say of 'z'.

Please tell me if this holds water or is there a flaw in my reasoning?
Jimmy A. M. Kazmi, Hyderabad, India

Please. I have a doubt. If FLT is proved for n= 3, 4 and 5, then how does it automatically extend to all integers??

It does not. The simple assumption that elliptical functions create the planes that create the subsets 3,4,5-6,7,8 to infinity is limited. The plane needs modification.