Congratulations to the new Stephen W Hawking Professor of Cosmology! 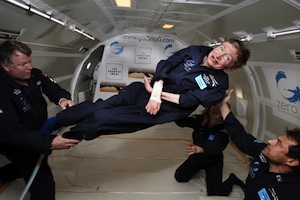