A team of mathematicians have revived an old approach to solving the famous Riemann hypothesis. Their new result grew from a "cute toy problem" and provides further evidence that Riemann's tricky conjecture is indeed true. 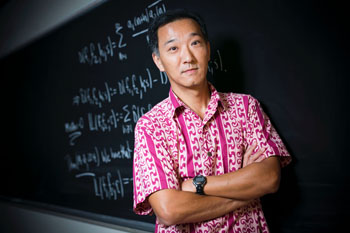 "In a surprisingly short proof, we've shown that an old, abandoned approach to the Riemann hypothesis should not have been forgotten," says Ken Ono, a number theorist at Emory University and co-author of the paper published this week in PNAS.

"By simply formulating a proper framework for an old approach we've proven some new theorems, including a large chunk of a criterion which implies the Riemann hypothesis. And our general framework also opens approaches to other basic unanswered questions."

"His hypothesis is a mouthful, but Riemann's motivation was simple," Ono says. "He wanted to count prime numbers."

Prime numbers are those whole numbers that are only divisible by 1 and themselves. The first few are 2, 3, 5, 7 and 11. "It's well known that there are infinitely many prime numbers, but they become rare, even by the time you get to the 100s," Ono explains. "In fact, out of the first 100,000 numbers, only 9,592 are prime numbers, or roughly 9.5 percent. And they rapidly become rarer from there. The probability of picking a number at random and having it be prime is zero. It almost never happens."

You can find out more about the Riemann hypothesis in The music of the primes. 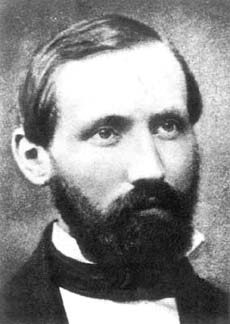 Riemann: we still don't know if he was right

The revived approach goes back to work of the mathematicians Johan Jensen and George Pólya who formulated a criterion for confirming the Riemann hypothesis. Using the Riemann zeta function it's possible to construct an infinite family of mathematical functions, called Jensen polynomials. These are functions of complex numbers. If you can show that the values at which these functions are 0 are all real numbers, then you have automatically proved the Riemann hypothesis — it follows as a result.

The problem with this was that there are infinitely many Jensen polynomials. During the past 90 years only a handful of them have been shown to be hyperbolic, causing mathematicians to abandon the approach as too slow and unwieldy.

For the PNAS paper, the authors devised a conceptual framework that combines the polynomials in groups (they classified them by degree). This method enabled them to prove the criterion for all but finitely many polynomials in each group.

"The method has a shocking sense of being universal, in that it applies to problems that are seemingly unrelated," says Larry Rolens, a co-author on the paper. "And at the same time, its proofs are easy to follow and understand. Some of the most beautiful insights in maths are ones that took a long time to realise, but once you see them, they appear simple and clear." 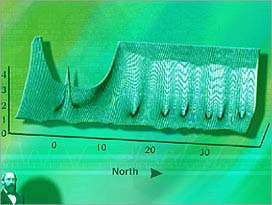 This "landscape" is produced by the Riemann zeta function. The points at sea level are the zeroes of the function, and they are conjectured to all line up along a line.

The idea for the paper was sparked two years ago by a "toy problem" that Ono presented as a "gift" to entertain co-author Don Zagier during the lead-up to a maths conference celebrating his 65th birthday. Zagier described it as "a cute problem about the asymptotic behaviour of certain polynomials involving Euler's partition function [find out more in this article] which is an old love of mine and of Ken's — and of about pretty much any classical number theorist."

"I found the problem intractable and I didn't really expect Don to get anywhere with it," Ono recalls. "But he thought the challenge was super fun and soon he had crafted a solution." Ono's hunch was that the solution could be turned into a more general theory. That's what the mathematicians ultimately achieved.

"It's been a fun project to work on, a really creative process," says Michael Griffin, the fourth co-author on the PNAS paper. "Maths at a research level is often more art than calculation and that was certainly the case here. It required us to look at an almost 100-year-old idea of Jensen and Pólya in a new way."

Despite their work, the results don't rule out the possibility that the Riemann Hypothesis is false and the authors believe that a complete proof of the famous conjecture is still far off.

This article has been adapted from an Emory University press release.