Imagine you're an isolated brain floating lonely through the vast expanse of the Universe with all your thoughts, memories and perceptions just figments of your imagination. That's a depressing thought, but not a new one. There'd even be a name for you: you'd be a Boltzmann brain. 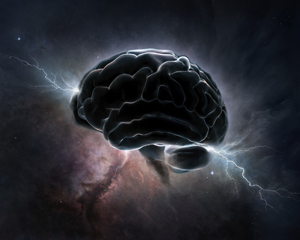 Boltzmann brains are of interest to physicists, in particular to cosmologists. The idea is that, according to quantum mechanics, there is energy in empty space which can fluctuate, producing particles as it does so. "If you wait long enough then these fluctuations will form, not just a particle here and a particle there, but a whole complex collection of them. A virus, or a little bunny rabbit, or even a functioning human being," explains Sean Carroll, a theoretical physicist at California Institute of Technology. "The idea is that a brain is the simplest thing that can randomly fluctuate into existence and can still be counted as a conscious being." Such a brain is called a Boltzmann brain (after the 19th century physicist Ludwig Boltzmann who studied fluctuations in systems that are made up of many particles, such as gases).

Even if you are not a cosmologist you will probably accept that the Universe is very large and very old. If you also accept that these fluctuations exist (they do), then you must accept that there may be some likelihood that within all this time and space Boltzmann brains do pop up. So these unfortunate beings are a real possibility in cosmology.

What worries cosmologists is not so much the possibility that we might all be Boltzmann brains dreaming unreal dreams about the world around us. Nobody seriously believes that. Cosmologists build theories about the Universe and how it evolves. In other areas of science, when you have come up with a theory (say about the behaviour of mice) you then set up an experiment (observe many mice) to see if your theory fits with observations. If it does, good, if not, you need to improve the theory, or throw it out. But since it's impossible to replicate our Universe in a lab, cosmologists can't do this. They need to come up with other ways of finding out whether a theory is plausible. 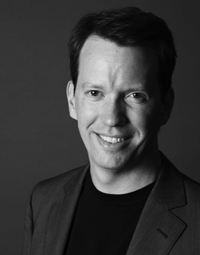 Cosmologists really do think along those lines. One theory that has suffered Boltzmann brain problems is called eternal inflation. You can find more about it here, but loosely speaking the idea is that our universe constantly sprouts new self-contained regions, like bubbles popping up in a bubble bath. We live in just one of those regions and have no access to the others, which could be very different from ours. Here calculations have suggested that we're extremely unlikely to be normal brains. This discovery sparked lively debate about the theory itself, the way people calculate the probability of our existence, and the question of whether we are "typical" beings or very rare ones.

If all of this makes you wonder whether cosmologists have lost the plot completely, be reassured that most of them urge caution when it comes to untestable theories and such probabilistic arguments. "All of this so beyond what we can immediately observe and test, that we need to be very skeptical and cautious," says Carroll. "We can't be too confident that we are on the right track. We always need to be very, very humble about making these extrapolations."

Sean Carroll has a great blog in which you can read about Boltzmann brains and many other mind boggling things.

Marianne Freiberger is Editor of Plus. She talked to Sean Carroll at the International Philosophy of Cosmology in September 2014.

Doesn't Occam's Razor imply that I am a Boltzmann Brain?

What requires the fewest assumptions?

a single, functional, self-sustaining human brain fluctuated into existence about 50 years ago (when my consciousness began)

an unimaginably enormous and complex universe fluctuated int existence billions of years ago, and through a nearly endless series of unlikely events, expanded to allow billions of functional human brains to evolve on a planet which just happens to be perfectly suited and situated to sustain them.

What I find scary about this Boltzmann Brain idea is that there wouldn't have to be more than one... me!
...and that Occam's Razor seems to imply that that singular delusional existence is most likely true.

If you're referring to zero point energy, as in virtual particles, they only exist for infinitesimal amounts of time. I don't see how you could ever get a high enough density of them and get them to exist long enough to form any sort of network that could be considered a brain. I think a more likely scenario is that the universe itself is a brain, as a whole.

Botzman brains are a result of to much imagination and to much time on the hands of very intelligent people. Vacuum energy and particle fluctuations are ephemeral to say the least.

I'll just add this to the list along with Roko's Basilisk and other things that prove a PhD is not an inoculation against idiocy.

We human beings are the

We human beings are the Boltzmann Brains!

Yeah, if it pops into existence from vacuum fluctuations, then it self annihilates. Physicists can be so stupid sometimes. Last time I checked we don't see a lot of 'large' bursts of photons being randomly being generated in the local universe from large self annihilation events so there must be an upper limit to what can be 'popped' into the universe. Oh, stars, black holes, golf balls or really small meteorites don't pop out of the vaccuum (or at least we've never observed one) so why should a brain? Just another meme that should have died. Now if he theorized that there was something there to interact with itself then I would listen.

why are you taking this seriously?

Its just a fun thought experiment. It even says it in the in article that its both useless and absurd to take this idea seriously. It's like schrodingers cat, a ridiculous example taken to the extreme to make a point, in this case it's Murphy's Law

why do you call people who far exceed your power of comprehension, stupid? these fluctuations according to inflation produced everything you see as matter in this universe. so, seriously ? your theory is mouse brain level understanding, which is not bad in itself, i'm there too. but don't casually dismiss the very best of human minds with insults and nay sayings.