Mathematics is full of stories of geniuses toiling away in isolation before presenting the world with a monumental result that takes years for everyone else to understand. A famous example is Fermat's last theorem, a 350-year old problem that was solved in the 1990s by Andrew Wiles after years of secretive work. Another is the Poincaré conjecture, proved in the 2000s by the reclusive Grigory Perelman who later refused all reward and recognition for his work. 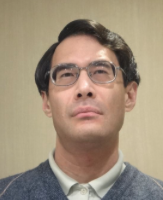 This summer the world of number theory made a renewed effort to understand another such result, first published in 2012 by the mathematician Shinichi Mochizuki. Mochizuki had spent many years working in private on a famous problem known as the ABC conjecture. His papers, which run to over 500 pages, purport to prove the conjecture, but turned out to be impenetrable. There were too many new formalisms and too much unfamiliar terminology for other mathematicians to handle. Mochizuki didn't help by refusing to travel outside of Japan to explain his work. A conference that took place in Oxford last December, without Mochizuki, failed to elucidate the proof, though it did give people a deeper insight into his methods. It wasn't until this summer, nearly four years after publishing the papers, that Mochizuki offered some more pentrable guidance at a conference in Kyoto. And although his proof is far from understood, attending mathematicians expressed some hope that they will eventually get there.

The ABC conjecture cuts right to the heart of number theory by linking its two most basic operations: addition and multiplication. Multiplication is intimately linked to those favourite friends of number theorists, the prime numbers. Primes are natural numbers that are only divisible by themselves and

A famous result that was already known to the ancient Greeks states that every natural number can be written as a product of primes, for example

The result is the reason why multplication and primes go hand in hand. For example, if you know the prime factors of two numbers

, you immediately know the prime factors of their product

They are simply the prime factors of

and the prime factors of

taken together. As an example, if

, you immmediately know that the prime factors of the product (

When it comes to addition, though, the primes aren’t quite so amenable. Suppose you have three numbers

There’s nothing obvious you can say about the prime factors of the three numbers in this case. If

which is itself prime. In this case the result of the sum (

.) But this isn’t always the case. If

then the result of the sum

only involves a prime (

) that nestles in size between those appearing in

). Is it possible to say anything at all about the primes appearing in

compared to those appearing in

is to multiply all their prime factors together, but only keeping one copy of each. For

the prime factors are

(twice). Multiplying them together but only using one copy of each gives 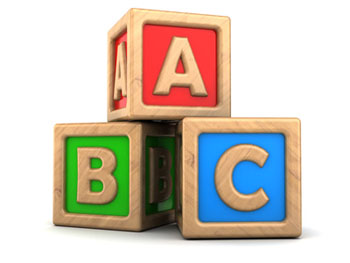 Not quite as easy as ABC.

Even if you didn’t know what

were to start with, knowing that this product is

The product is called the radical of

You can regard it as a sort of average. It doesn’t tell you what the three numbers involved are exactly, but it encodes information about the size of their prime factors.

In our example with

This radical is bigger than the result

of the sum. The same goes for the example

In this case the radical is

which is again bigger than the result

of the sum. Playing around with a few more examples will soon lead you to suspect that this is always the case.

This is what the ABC conjecture would like to say. That given a triple

without common factors (because that would be boring), and with

Unfortunately though, this isn’t true. A counter example is

. The only prime factor of

, the only prime factor of

) and the prime factors of

). The radical is therefore

which is smaller than

So instead, the ABC conjecture says that

is usually true, where the meaning of "usually" is made up of two components. The first component relates to the fact that there are infinitely many triples

with no common factors (co-prime triples) and with

You can easily make as many as you like yourself: simply pick two co-prime numbers

and add them together to get

. The "usually" in this context is interpreted as meaning that only a finite number of such triples don’t comply with the requirement that

You can read a lovely, and more detailed, article about the ABC conjecture and its purported proof in Quanta Magazine.