It won't be too long until you'll be able to go and have your genome sequenced for a small fee. Over 99% of the long sequence of A, C, G and Ts you'll get back will be the same as that of any other person, but somewhere within the rest there will be the those tiny variations that account for your individual intelligence, your good looks, and any pre-dispositions to diseases. 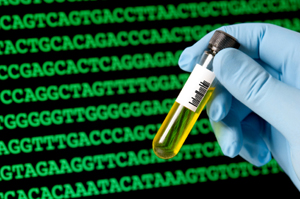 This raises a range of difficult questions. Would you want to know about pre-dispositions? Should clinicians be obliged to tell you? Should the government, or insurance companies have access to your genetic code? Who should be allowed to interpret it, and who owns the information anyway?

These are ethical questions, but the imminent information explosion also throws up statistical challenges. There isn't such a thing as one gene for one disease. Usually a combination of genes is involved and researchers are far from certain which combinations of genes, if any, relate to a certain disease. Even if they were, having a given combination doesn't mean that you're sure to develop the disease, because environmental factors also come into play. Uncertainty comes into almost every aspect of the analysis, and to enable people to make informed choices, it needs to be communicated and understood. What does it mean to say that you've got a 45% increased risk of developing breast cancer? And what about being told that researchers are 95% certain that you've got a 45% increased chance of developing breast cancer?

It's not just genetics that has drawn medicine and mathematics closer. Researchers are moving away from looking at just one organ, or one tumour, or one cell, to considering an organism as a complex system of many interacting agents, including genes. Where there is complexity, you need mathematics to understand it, and large systems require probabilistic approaches. Mathematics is becoming an integral part of biomedical research. As diseases and disorders are understood in individual contexts, the systems-based approach will lead to a more personalised style of medicine. Patients will have to make decisions based on individual sets of circumstances to a greater extent than they do now. All the more reason to make sure that risks and benefits are communicated effectively.

The medical profession itself is no stranger to the language of uncertainty. New treatments and interventions are tested in controlled trials, which are set up and analysed using statistical methods. Today no researcher would dream of presenting the results of a study without statistical quantification of at least some of the uncertainties involved. It's true that glaring statistical errors and deliberate cheating does escape the scrutiny of peer reviewers, but several high profile medical journals now include statisticians in their editorial teams to tighten up standards.

While statistical language has become standard fare within research communities, the art of communicating uncertainty to the "the public" is still in its infancy. At the moment we're not even trusted to cope with uncertainty when it comes to the weather report. This will have to change as the secrets of our genetic code are revealed and medical practice moves from a blanket approach to a more individual one. So the genetic revolution is not just a challenge for scientists and ethicists, but also for maths educators.

To find out more about maths and evidence-based medicine, have a look at our What's the best medicine package. For more information on communicating risk, read David Speigelhalter's Plus column or visit the Understanding uncertainty website.